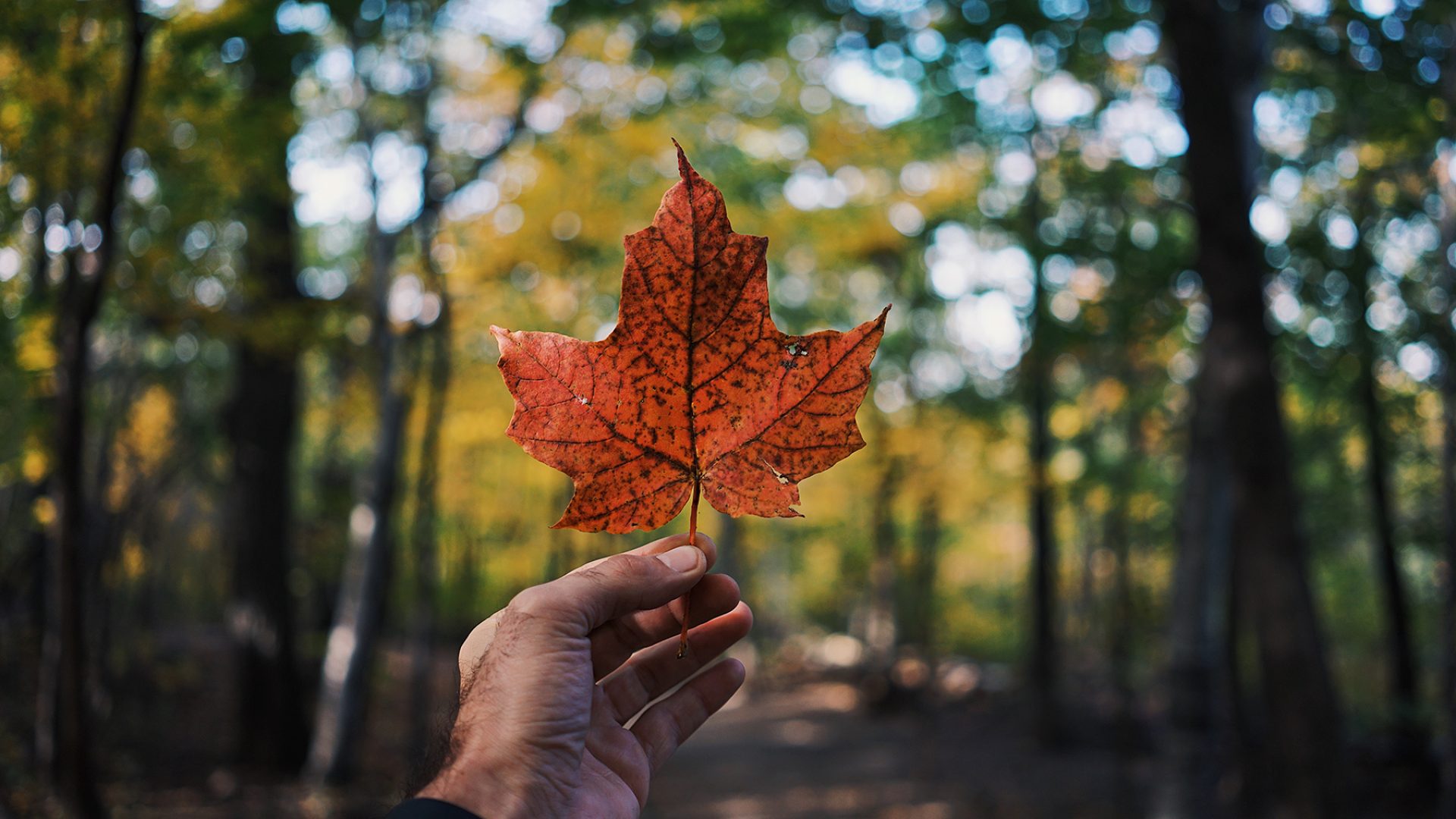 How to file your Canadian taxes when you live abroad 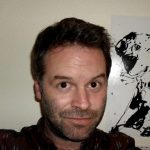 We explain what to do when filing Canadian taxes abroad so that Canadians living overseas can ensure they meet legal requirements and pay any taxes owed.

Living in a different country is exciting and can boost your career in ways living in Canada might not. Canadian tax authorities, though, tax Canadians on worldwide income, so make sure you’re still filing Canadian taxes abroad.

As a result, it’s important to plan ahead so you avoid paying more Canadian taxes abroad than is actually necessary to the Canada Revenue Agency.

This guide to filing Canadian taxes abroad will help you plan your tax situation effectively before you move. It includes sections on:

The Canadian tax system collects income tax from Canadian residents and those who earn an income inside Canada. How much you pay depends on how much you earn.

Canadian residents pay income tax on their worldwide income. However, non-residents only pay the tax owed on Canadian income.

Tax rates in Canada are progressive; the federal government sets their general levels. However, they vary slightly across the provinces. The federal income tax rates for 2020 range from:

Non-residents liable for income tax on earnings such as pensions, rental payments, and dividends pay a flat rate of 25% tax on this income.

The Canada Revenue Agency (CRA) is responsible for collecting taxes in Canada. All residents and those who need to pay tax have to fill in a self-assessment tax return. The tax year runs from 1 January to 31 December. The deadline for tax returns and tax payments is 30 April the year after the tax year. Self-employed workers have an extended deadline of 15 June, although they need to pay any tax owed by 30 April.

Your tax filing obligations in Canada depend on whether you are a resident or non-resident. Canadian residents have to pay tax on their worldwide income.

There are three main types of Canadian resident:

If you are a Canadian national who has moved abroad, you are considered a non-resident if you:

If you live in Canada for 183 days or more during a tax year but have significant residential ties with another country that has a tax treaty with Canada, you are a deemed non-resident. As a result, you have the same tax obligations as other non-residents.

Non-residents generally have to pay two types of income tax:

Both Part XIII and Part I tax are often deducted at source before the income payment is received.

You can determine your residency status through the CRA. It should be noted that Canadian government staff and Canadian Armed Forces employees stationed abroad are usually considered tax residents. This is regardless of time spent in Canada or residential ties.

Whether you are a Canadian resident or not, you normally must file an annual tax return to declare taxable income. You will be able to offset any tax owed with:

If you are leaving Canada permanently

Deciding on whether to remain a Canadian resident or become a non-resident when leaving Canada depends on your intentions. Ask yourself if you plan to return to Canada in the foreseeable future; it may not be beneficial to keep ties in Canada.

There are some implications that can arise when filling in the departure tax return. These include the deemed disposition of assets that you own (based on fair market value) and the pro-ration of personal tax credits for your residency period. For this reason, it’s a good idea to seek professional tax advice before making any big decisions.

Bear in mind that tax residency does not affect your citizenship or legal residency status; it is specific to taxes.

You can find more information on what to do when leaving Canada permanently on the CRA website.

Organizing your income when leaving Canada

Arranging your finances when moving overseas takes planning. It’s not just about opening a new bank account and transferring your income to your new place of residence. You also need to think about what income streams you have and how you will be taxed on them.

Since many countries have lower individual income tax rates than Canada, you may want to sever your Canadian residency. Instead, you pay taxes on your income and assets by the fiscal regime in your new home.

You can still have a Canadian bank account, credit cards, and rental property in Canada and have non-resident status. However, Canadian authorities decide residency status on a case-by-case basis. If they deem you to still have significant ties to Canada, you will be a resident for tax purposes.

However, inform any banks, financial institutions, or anyone else making payments to you that you are becoming a non-resident.

Again, it’s wise to discuss any plans with a financial adviser. This makes sure you get the most out of your movable assets such as pensions or any investment funds.

There are a number of different ways that you can file a Canadian tax return. These are:

When filling in your tax return, you must provide personal information, report all untaxed income for the tax year and claim deductions, credits, and expenses that you are using to offset against your tax bill.

Non-residents and deemed residents have to file a different tax form. If you are a non-resident whose Part XIII and Part I tax payments have been deducted at source, you may not have to file a tax return on certain types of income sources unless you are claiming a refund. See here for more information on whether you need to file a return as a Canadian non-resident.

The CRA website has additional information on tax rules for non-residents. You can also check the Canadian Non-Residents Income Tax Guide.

You can reduce your tax liabilities in Canada with careful planning. Things worth considering and bearing in mind are:

The deadline for paying tax owed in Canada is 30 April, even if you don’t have to file your return until 15 June.

You can pay Canadian taxes in a number of different ways. These include:

If you don’t want to – or can’t – pay your tax bill in full, you can pay in quarterly installments on certain dates throughout the year.

You can read more about paying your Canadian tax bill on the CRA website.

The CRA will charge you a late-filing penalty if you owe tax and fail to submit your tax return by the deadline. The fine is 5% of the balance owed, plus another 1% of the balance for each full month that passes, up to a maximum of 12 months.

If you have already been charged a late-filing penalty in previous years, you may be subject to additional fines.

There are also fines for false statements and omissions. The amount for this is a minimum of CA$100 but is usually 50% of the understated tax/overstated credits. If you voluntarily declare a false statement or omission to the CRA, they may waive the penalty.

If you decide to return to Canada after a period of non-residency, you should take the same time and care planning your finances for your return as you did for your departure. Again, seek advice from a financial or tax expert so that you thoroughly understand the implications.

Returning to Canada and taking up residency again will mean that you return to paying Canadian tax on your worldwide income and will be subject to the same taxes as before you left.

If you return to Canada temporarily (for example, if you will be living in the country for less than 183 days or have stronger residential ties with another country that has a tax treaty with Canada), you may be able to retain your non-resident status.

Regardless, you are not liable for tax on any income from outside Canada during any period spent overseas as a non-resident. However, if you spent less than two years outside the country, the CRA may call into question whether you truly qualified for non-resident status. Make sure that you have plenty of evidence of strong residential ties overseas if you find yourself having to move back to Canada for whatever reason after only a short period abroad.

To plan effectively, seek advice from a Canadian tax expert as well as an adviser for the tax requirements of your new home. Alternatively, you can speak to a company that advises expats on global tax affairs.

Find a Canadian tax expert in our Directory 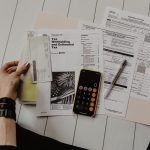 How to file your US taxes when you live abroad How to file your UK taxes when you live abroad