The extraordinary lives and prospects of international children and what it’s like to be a Third Culture Kid.

The graduation gown of the school was a uniform blue, but when the students lined up for the final photos they could not look more different from one another.

The picture my father took of me and my friends included an American born in Egypt, a Chinese girl, and a Dutch girl – and there was my friend Annelie, who is half-Swedish and half-Sri Lankan.

My school was the Overseas School in Colombo, Sri Lanka, an International School attended by what educators call “Third Culture Kids” – young people who grow up in two or more different cultures and try to live with their own, “third,” mix of this experience.

The daughter of a German father working in international development, I first went to Sri Lanka when I was barely 17.

Two years later and back in Germany, my world appears very different to me and to that of other teenagers in my home town Dortmund in western Germany.

“It is strange to see people in suburban terraces, who finish school, do local apprenticeships, marry their kindergarten sweetheart, have two children, and just seem to stay in a little world for the rest of their lives,” says Jenni Griewel, 21. Also from Germany, she finished one year abroad in Ireland in 2006.

Ruth Van Reken, from Indianapolis, a former nurse, who now works with children of diplomats, members of the army and missionary workers, confirms the overwhelming experience of children who grew up in different worlds.

“Life is learned in living out a full three-dimensional view rather than through history and geography books alone,” she tells DPA.

I still remember the day when my father received a phone call in our Colombo flat and later told my younger sister and me that the LTTE had moved their attacks from the north of the country and bombed the airport in Colombo just 30 kilometres away from our flat.

Even though we were normally not exposed to Sri Lanka’s civil conflict, I was frightened. When I mailed my German friends in Dortmund about this, nobody knew about it.

Nobody even knew what the LTTE  (Tamil rebels fighting for a separate state in Northern Sri Lanka) was.

It is not just that your school friends can come from more than three continents. As a Third Culture Kid, you feel in the middle of things that appear very far away for other children.

For Reken, who spent her childhood in Nigeria and later co-authored the book, “Third Culture Kids: Growing Up Between Worlds”, everything she does today is connected to her multicultural childhood.

“The applications of lessons learned from and in my life shape my entire way of thinking and viewing things,” she says, adding she is now far more sensitive to seeing “hidden diversities” that other people may miss.

As a result, Third Culture Kids can adapt better to the modern globalised world, she points out: “They use what they have learned from life including for many language acquisition, larger world view, comfortableness in moving and living between cultural worlds etc. Perhaps above all, is often they can think outside the box.”

However, the impact of the cultural transitions Third Culture Kids are forced to make is not necessarily only positive. Some children don’t learn to grieve and cope with the separations they experience, Reken says.

As a result, they can develop depression, emotional difficulties and career problems in later life.

In German overseas schools it is part of the school’s task to prepare the children for reintegration into their home country, according to Schulz of the German Foreign Office.

Sometimes, however, even the term “home” is not clear when it comes to Third Culture Children.

“I never realized until I was 39 that when I left Nigeria as a child of 13, my entire world died except for my immediate family.

“All my friends, my trees I loved to climb, the sights and sounds of the market that were all part of ‘home’ to me, were gone forever. But I had no language or understanding of it when it happened,” she tells DPA.

Other children, who lived in many countries, don’t know at all what “home” is, she has learned from her work with Third Culture Kids. Basic identity questions remain for them, as well as a fundamental feeling of “belonging everywhere and nowhere.”

I do know where home is, but I now feel an unspoken connection especially with those friends in Germany who have also been far away from home.

Jenni did not want to move back in with her parents when she came back to Germany. “It wasn’t because it was not great there but I just felt it was time to be independent.”

Everytime I see my graduation photos, I am proud to have friends all over the world.

Having lived the experience – and the trauma – that the world is a bigger place, many Third Culture Kids seem to embrace the difference, complexity, and multiculturalism also in their later career choices.

Jenni is now studying to be a social worker. I have applied to study political science in Austria. My Chinese friend is studying environmental studies in Canada.
And Annelie, after living in Sweden, Sri Lanka, the Kashmiri mountains and Spain, plans to study sociology and work on human rights with the United Nations. 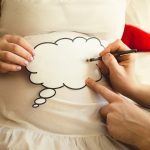 10 reasons to be a kid in Germany