What crazy things can you get jailed for? Find out the unbelievable, strange, and funny laws in Belgium – and which bizarre laws are merely myths you shouldn’t believe.

Whether you’re just visiting or living in Belgium, it’s important to be aware of local Belgian laws so you don’t end up in jail or fined for unknowingly breaking them – no how matter how bizarre of a Belgian law it appears to be.

Belgium’s reputation for weird laws has grown into legacy via media websites around the world. You can read about strange Belgian laws that make it legal to throw Brussels sprouts at tourists anywhere in the country but illegal to insinuate that someone is Swedish. Or that, under no circumstances, should you wear a red hat on Antwerp’s main shopping street (de Meir) nor should women be taller than 5 feet and 6 inches.

But these are just Belgian law myths that exist only in the minds of ‘gullible pundits’ and, worryingly, on media websites, writes law expert Jogchum Vrielink on Fans of Flanders, stating that many of Belgium’s ‘bizarre’ or ‘weird’ laws have little basis in reality or are an extreme exaggeration or out-of-context.

But the real Belgian laws are just as weird as the urban myths. Many of Belgium’s stranger laws are bizarre because they’re archaic, however comprehensible or important for legislators at the time. With centuries of rulers adding legislations that still exist today, some of Belgium’s laws come across as astoundingly bizarre.

Before diving into the stranger Belgian laws, Belgium can be noted on many progressive laws implemented over the years:

1. Gambling at a home poker game is illegal in Belgium

The Belgian laws restricting games of chance mean that prohibitions apply to commercial contests, sweepstakes, lotteries, and even private poker games. These games require a license from the Kansspelcommissie or no-one wins any financial gain. A law from 1851 gives the Belgian National Lottery a monopoly on all lottery and scratch card games.

A Belgian law prohibits police raids for eight hours each night – between 9pm and 5am – unless in specific circumstances. Some media sources claim this 1969 Belgian statute is what led to the escape of one of the Paris bombers living in Belgium; Belgian authorities had to wait until the morning to conduct a raid.

This law initially banned night police raids on private homes as a civilian consideration to safeguard family privacy – but a Belgian law that recent terrorism events have shown needs an urgent review.

3. You can drive straight into oncoming traffic

A driver who wants to turn into a road typically has right of way unless otherwise indicated. This means that if you’re driving on a highway and a car approaches from a small country road to your right, you must slow down and let them in. There were talks in recent years, however, about abolishing this rule.

For cyclists, in certain one-way streets, they can ride in both directions if indicated by a traffic sign, even when car traffic is only one-way.

4. The Belgian flag is unconstitutional by law

Today’s Belgian tricolor flag of black, yellow, and red contradicts the Belgian Constitution. The Constitution states the ‘Belgian Nation adopts red, yellow and black for its colors’. Belgium’s colors are based on the coat of arms of the Duchy of Brabant: a golden lion with a red tongue and claws on a black field.

The original Belgian flag did indeed go through a few shuffles after the Belgian revolution of 1830, starting out as red over yellow over black, with horizontal lines rather than today’s vertical ones, but later was rotated with a changed color order for various reasons (one including to distance itself from the horizontal Dutch flag and align more with the vertical French one). What didn’t happen, however, was an update of the draft Constitution, leading to almost two centuries of a constitution contradiction.

5. No Dutch royals on the throne

The Dutch were banished forever from holding public authority in Belgium. A decree in 1830 debarred members of the House of Orange-Nassau (the Dutch royal family). Implemented after the rule of Dutch King Willem I between 1815 and 1830, some say the Belgian revolutionaries found Willem’s rule less than satisfactory. As such, the law bans the Dutch royal family from holding the throne, any position in the public sector, or standing for elections in Belgium. As the law has constitutional status, abolishing it is a difficult process.

Although Belgium historically had a strict stance towards all drugs, Belgium relaxed their laws on the personal possession of cannabis in 2003. Now in Belgium it is legal to possess up to 3g of cannabis. Recent comments have hinted at stricter policies but will likely mostly affect smoking in public, while possession continues to still be technically legal.

7. The Belgian King can mobilize troops in independent Congo

Although the Congo declared independence in 1960, the Belgian King can by law mobilize the ‘Belgian-Congo’ military and take any necessary means to protect the country in a war, or even implement proactive measures in times of peace. Naturally, this is a law that has not been invoked much in the past few decades.

8. ‘GAS’: a ban on civil and social practices

The biggest source of Belgium’s weird laws is the Communal Administrative Sanctions (Gemeentelijke Administratieve Sancties, or GAS). These were a number of relatively minor laws, with fines up to €250. Introduced in 1999, they gave local authorities the power to address petty nuisances. A number of municipalities used GAS to cover their civic duty, like restricting children’s games for safety reasons.

A large problem of these sanctions was that many municipalities simply copy-pasted old local regulations (politiereglementen) when drafting their GAS Codes. While many of the legal provisions were simple, such as vandalism, littering and noise complaints, other copied codes dated to the 19th century, containing provisions with some bizarre examples of behavior that could be – and has been – fined in certain municipalities, for example:

Several of Belgians weird laws revolve around the pursuit of advancing technology. One such law dating to 1939 concerns the military, which dictates that ‘beasts of burden (horses, oxen, dogs, etc.)’ can be requisitioned for any vehicles employed by the army. Although, perhaps that wouldn’t be useful if a drone runs out of fuel.

10. You can keep your last cow, pig, goats, sheep, and chickens

Belgian law provides a list of items that a bailiff cannot seize. Although a handy list, it includes some outdated elements such as livestock and one month’s worth of livestock feed. It is yet to be seen if this law would safeguard the chickens and pork fillets in your freezer.

11. Only the elderly, cripples, women and children can gather leftover crop

What sounds like a discriminative law today once gave rights to the most vulnerable in society. In agricultural reforms in 1866, in order to avoid abuse that the gleaning industry gave rise to, a legislator attempted to aid the needs of the poor by permitting only ‘elderly, cripples [sic], women, and children below 12 years of age’ to pick up the remains of crops left after harvesting or gleaning. Interestingly, such categories of people have permission to glean from sunrise until sunset, but only manually; rake use is not punishable.

Another category of strange Belgian laws revolves around outdated gender roles. Many of these discriminatory laws and provisions have been amended or repealed, but the Belgian Code of Commerce (article 10) still allows for (only) married women to ‘peddle wares from her husband’s business’, and without herself being subject to the obligations of merchants.

Weird laws also arise from nothing other than mistakes made by past legislators. A common source of these mistakes has arisen from the country’s multiple languages.  One such example is an oath that interpreters legally have to read in certain asylum procedures, which is a jumble of archaic terms and mistranslations from the French version. The Dutch version reads ‘Ik zweer getrouwelijk de gezegden te vertolken welke aan personen die verschillende talen spreken, moeten overgezegd worden’, which a loose attempt at translation might yield, at best, something like ‘I swear faithfully to impersonate [sic] the sayings [sic] that must be over-said [sic] to persons speaking several [sic] languages’. No doubt a punishment in itself for interpreters.

Although most of the ancient laws are hardly enforced, Belgian legislators have undertaken some effort to hunt out and repeal outdated laws in past years.

Some abolished laws that were in circulation until only recent years include: 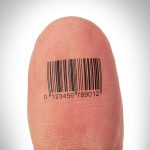 Public holidays in Belgium: important dates in 2021 and 2022