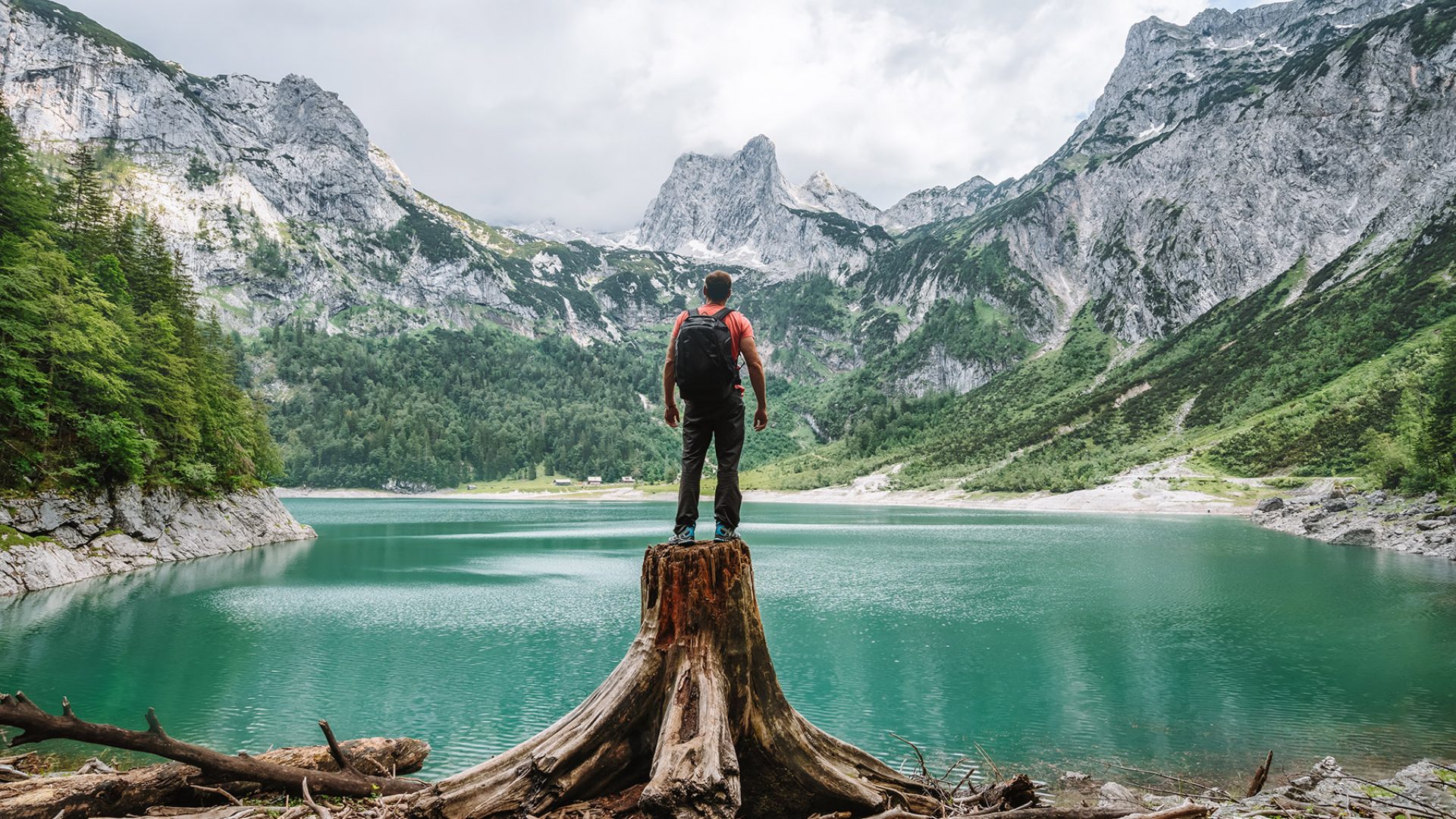 The climate and seasons in Austria

The climate in Austria can be very temperamental, so you will want to understand what to expect in each season while you are living there.

Austria definitely has four seasons a year, however, the weather and temperatures can vary greatly depending on where you are in the country. Because of its variable topography, the Austrian climate can be cool year-round in the mountains, and warmer year-round in the cities. Nevertheless, the evenings are almost always cool. So, as you prepare to move to Austria, you should be aware of what climatic conditions you might experience and what you should expect each season.

Luckily, this handy guide is here to walk you through everything you need to know, including the following:

The climate in Austria

The Austria climate can vary greatly by region and season. Here’s what you should know about weathering this temperamental climate.

Because of its location in the heart of Europe, the Austria climate can be quite temperamental. As such, the weather can be vastly different in different parts of the country. For example, the lowland areas generally have cold winters, hot summers, and a moderate amount of rain throughout the year. Conversely, the south-eastern regions have longer, warmer summers that are almost Mediterranean. Meanwhile, western Austria has a far more temperate Atlantic climate with mild winters and warm summers. The west, however, gets a lot of rain over the year.

The different climates are due to Austria’s variable topography. As such, the mountainous Alps experience freezing cold winters and lots of snow, while Vienna, which sits in a plain, has a more temperate climate. The other major cities, however – such as Salzburg and Innsbruck – experience colder winters and milder summers along with lots of rain, owing to their elevation.

Discover the most beautiful places to visit in Austria

Because of the variable climate in Austria, you can expect rain at almost any time of the year. However, summer tends to be the wettest season, with plenty of afternoon thunderstorms. Conversely, winter tends to be much drier. Once again, altitude can make a big difference in rainfall. As such, the Alps get over 2,000mm of rain a year, while other areas – such as Vienna – only have about 600mm of rain annually. Generally, Austria gets 10 to 15 days of rain each month.

The Austrian climate also allows for a good amount of sunshine in the summer months. Because of this, on average, Austria can experience anything from 120 to 250 hours of sunshine each month between March and October. Of course, during the winter, sunshine is far more scarce and you can expect an average of 50 to 70 hours of rays a month.

The seasons in Austria

Austria has four distinct seasons throughout the year, and each one has its own charm. However, each season also requires different clothing and offers the chance to indulge in different activities.

During the summer, the climate in Austria generally sees warm days and cool nights. As such, you can expect afternoon temperatures in Vienna to hit around 30 degrees Celsius then drop to 20 degrees Celsius at night. Additionally, there are often rain showers and thunderstorms in summer, especially in the mountains. That said, Austria also gets significant amounts of sunshine in July and August.

Discover the top 10 festivals in Austria

Austria’s abundant nature really comes into its own during the summer season. As such, many Austrians spend their days outside pursuing outdoor sports and activities. Hiking is very popular, as are watersports on the lakes. Many locals also hit the bike paths, go climbing and bouldering, or enjoy stargazing and open-air cinemas. This is also a peak time for festivals, such as the Salzburg Festival and Tyrol’s cattle drives. Notably, several religious public holidays fall in summer, including Whit Monday (1 June), Corpus Christi (11 June), and Assumption Day (15 August).

There is only one word to describe the Austrian climate in winter – cold. In the cities, the average temperature is around 1 degree Celsius. However, places in higher altitudes or in the mountains can get far colder. For example, in Klagenfurt, which is 450 meters above sea level, the temperature can plummet to around -3.5 degrees Celsius. In addition, the valleys and lowlands can get a lot of fog, and snow is very common, except perhaps in Vienna; although even the capital gets its fair share.

Austria can be a magical place in the winter, but you will need to pack the right clothes to enjoy it. As such, be sure to pack plenty of warm clothes in knits and cashmere, a good coat or down jacket, scarves, and gloves. Of course, if you plan to head to the mountains or go skiing, you will need to have the right snow gear, too.

Even in winter, Austrians love to be outdoors. As such, some of the most popular activities include fat biking in the Alps, traditional tobogganing, and eating hearty Austrian food in mountain lodges. For the super active, there is also cross-country skiing, snowboarding, and the famous Austrian Biathlon, which combines cross-country skiing and shooting. In addition, different parts of the country are known for particular activities. For example, you can take a carriage ride in St. Johann, meet huskies and go dog-sledding in Angerberg, or try snow-shoeing in Kirchberg.

Because winter in Austria falls between December and March, the season also sees several public holidays, including Christmas, St. Stephen’s Day, New Year’s, and Epiphany. If you are planning to visit Austria, it’s a good idea to avoid going during the school holidays as the country’s top destinations can become extremely busy and hotel prices soar.

In Austria, spring falls between March and June. Because this is a reasonably mild season, temperatures tend to dip at night but warm up (sometimes to 25 degrees Celsius) during the day. However, rain is less common during the spring, so this is a good time to be outdoors. Spring is the best time for food in Austria because this is when the local produce is truly at its best. As such, markets are prevalent across the country.

If you can, you should try getting to Salzburg’s Green Market, where you can find all sorts of exquisite Austrian ingredients. Similarly, the Easter markets are wildly popular and offer things like egg-painting workshops and classical concerts.

Hungry? Check out these top Austrian foods with recipes

There are only three public holidays in the Austrian spring. As such, you can expect a day off for Easter Monday (13 April), Ascension Day (21 May), and Labor Day (1 May).

In Austria, autumn is much the same as spring. As such, you can expect moderate temperatures that fall quite low at night. However, unlike the spring, autumn can bring with it a lot of mist and fog, especially in October. Because of all this, Austrians prefer indoor activities in the autumn. The only exception, of course, is going out to see all the spectacular fall colors, for example at the Kahlenberg hills, near Vienna. However, this is the perfect time for museum viewing, because Vienna holds its Long Night of Museums in October, so you can enjoy the galleries until 01:00.

Similarly, autumn is the peak wine season in Vienna, because the tipples are at their finest and the local Heurigen (taverns) throw open their doors to welcome guests. Of course, Austrians also celebrate the harvest in autumn, so there are plenty of food and wine festivals.

Read our Guide to the Pagan history of Halloween

There is also a slew of public holidays in Austria in Autumn, which perhaps explains why it is such a lively season for events. Most notable is National Day, which falls on 6 October, and All Saint’s Day, which falls on 1 November. Certain regions also recognize St. Rupert’s Day on 24 September and St. Leopold’s Day on 15 November.

Because of the fantastic Austrian climate in summer, most tourists visit the country during this season. Similarly, many Austrians take a long summer vacation because of the local school holidays. As such, the season can be very busy in some parts of the country; especially Salzkammergut and Salzburg, the Carinthia region, and many of the lakes like Weissensee and Achensee.

Conversely, winter is much quieter as locals tend to take a shorter vacation during the season, and many of the smaller towns close. Nevertheless, when going on holiday, most locals head straight for the mountains. As such, places like Innsbruck, Tyrol, Vorarlberg, Zell am See-Kaprun, and Salzburgerland are all reasonably busy.

How climate change is affecting Austria

Austria – and Vienna in particular – is often named one of the best places in the world to live. However, many countries have been affected by climate change, and Austria is no different. In fact, the Austrian Climate Change Assessment Report 2014 states that temperatures in Austria have risen by 2 degrees Celsius since 1880. By comparison, the same period saw a global rise of 0.85 degrees Celsius. The report also states that these changes are the direct result of greenhouse gas emissions.

In addition, the Alps have seen a 20% increase in sunshine, alongside a drop in snow cover. As such, popular Austrian ski resorts are battling to keep up with the rising costs of snowmaking. Furthermore, glaciers have lost nearly 60% of their volume.

To combat all this, Austria is implementing a series of programs and partnering with different institutions that can help fight the effects of climate change. As such, the country is part of the Alpine Convention (1991). Additionally, it has two research programs – StartClim and the Climate Change and Energy Fund – and is launching the Austrian Adaptation Strategy, which is designed to avoid the worst effects of climate change. Because of its dedication to fighting climate change, Austria is fifth in the EU on the Eco-Innovation Index 2019. An introduction to Austria 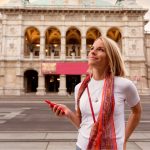 Being an expat in Austria: 10 common questions answered