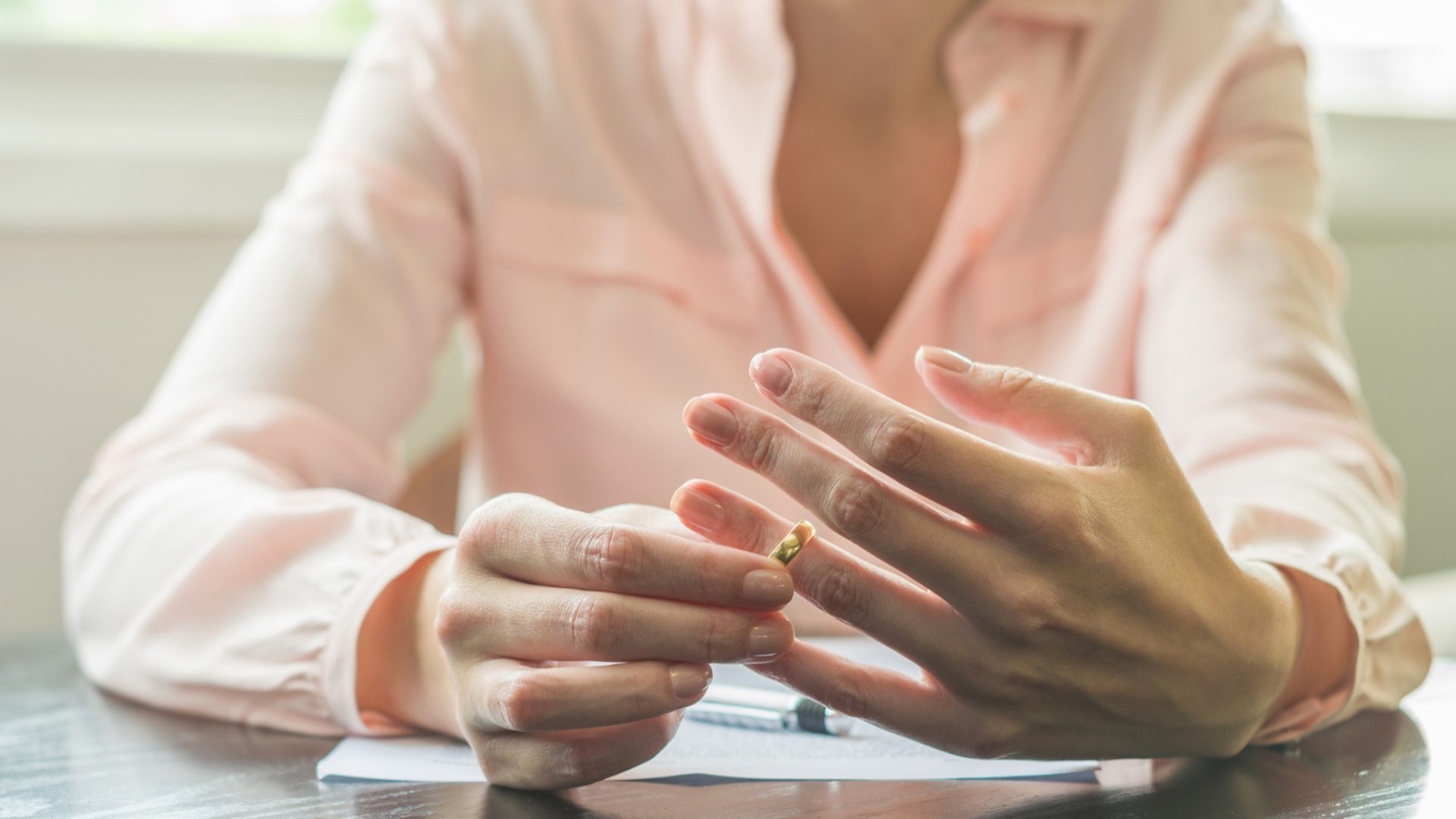 Getting a divorce in Austria

Home Living in Austria Love, Marriage & Partnership Getting a divorce in Austria
Last update on March 22, 2022

We outline everything you need to know about getting a divorce in Austria, including the legal grounds, process, costs, division of property, and more.

Couples seeking a divorce in Austria will go through the same process as they would in almost any other Western country. For instance, they must prove grounds for divorce. Furthermore, divorces can either be at-fault or consensual. As an expat looking into getting a divorce in Austria, it’s important to know that the laws governing divorce are enshrined in the country’s constitution.

To walk you through the process, this guide provides all the information you need about getting a divorce in Austria, including the following:

An overview of divorce in Austria

Divorce in Austria is a serious concern. Divorce rates in the country appear to be perfectly middle-of-the-field within the European Union. Statistics show that in 2019, there were 16,319 divorces in Austria; a figure which appears to be on par with the rest of Western Europe. However, it is higher than the rate in Scandinavia and lower than in Eastern Europe.

The number of divorces in Austria has been fairly stable since the 1980s, with only minor fluctuations over the decades. Experts believe that this is because many people are choosing to marry later in life, and the increasing migrant population generally don’t believe in divorce.

The legal grounds for divorce in Austria

In Austria, divorce law is governed by section 46 of the Austrian Marriage Act. To file for divorce, a couple must have been married for at least six months. There must also be grounds for divorce. There are three types of divorce, under Austrian law, as follows:

A spouse may file for an at-fault divorce if the marriage has broken down irretrievably due to the actions of the other party. This may be due to serious dishonorable or immoral conduct, infidelity, violence, or mental illness, for example. Additionally, if the couple has been living apart for at least three years, either spouse can file for divorce. Otherwise, they must jointly petition for divorce.

While couples in Austria don’t have to attempt reconciliation or mediation, the courts may delay the divorce for up to six months if they think the marriage could continue.

There are several options for staying in Austria after your divorce if your visa is tied to your marriage. If you have been in the country for over five years, you may be able to apply for a Long-term resident – EU residence title. To qualify for this, you must show proof of monetary support, have health insurance, and accommodation. The cost for this is €140.

However, if you have been in Austria for less than five years, you have other options. A work visa might be the way to go. There are different categories for this, including shortage occupations and key workers. Generally, to qualify for these visas, you must prove that you have qualifications for a particular occupation and have a company sponsor your application.

If you want to start your own business, you may also be able to apply for a start-up founder visa. To do this, you need to establish a company for innovative products or services, submit a business plan, and have at least €50,000 in capital. You will also need to demonstrate qualifications in your occupation, work experience, and language skills. The start-up founder visa costs €160.

Getting a divorce in Austria: step by step

Austria has a strict process for granting a divorce. It is not necessarily difficult, but couples will need to present documents and follow a series of steps to get a divorce.

The process of getting a divorce in Austria

The process of getting a divorce in Austria can differ depending on a couple’s particular circumstances. In the case of a consensual divorce, you can expect the process to take between two and four weeks. However, an acrimonious divorce could take between one and three years to go through.

Austria doesn’t require a couple to attempt to save their marriage before a divorce. However, if the court believes that the marriage could continue, they may stay the proceedings for six months and suggest mediation and reconciliation.

A divorce in Austria must begin with a petition to the court. This will be a lawsuit (Klage) in a contentious divorce or a request (Antrag) in a consensual divorce. The petition doesn’t have to be in writing – the application may be put in verbally. For a consensual divorce, the spouses must file a joint petition. Otherwise, one spouse must file an application for an at-fault divorce. Austria doesn’t require legal representation for a divorce. Should you choose this, however, you must hire a local lawyer.

Below is a step-by-step outline for getting a divorce in Austria:

Cost of getting a divorce in Austria

Filing for divorce in Austria is technically not that expensive. In general, you can expect to pay €266 to file the divorce petition. You will likely pay a similar amount in related administrative fees. If the divorce requires a transfer of property, there is an additional charge of €398. Both spouses must share the cost of the divorce.

Read our Guide to housing in Austria

While these are the bare minimum costs you can expect, things can get far more expensive if the divorce gets contentious or complicated. In this case, you will probably need to hire a lawyer. This can result in thousands of Euros in legal fees. In Austria, it is possible to obtain legal aid for a divorce. Generally, you will get an exemption from court fees, and witness and expert fees. That said, you may need to pay back at least part of these fees.

Things to consider when getting a divorce in Austria

Divorce in Austria is not just about the separation of spouses. There are several things to consider during the process, including custody arrangement for children, division of property, and spousal support.

In the case of divorce in Austria, child custody is subject to the laws of the 2001 Act Amending the Act on Children. Because of this law, parents can often make their own custody arrangements. In general, courts prefer to award joint custody of underage children. However, under the 2013 Act Amending the Act on Children and Names, a court may force a custody agreement that they believe is in the child’s best interest.

As part of the custody arrangement, the court will also make a ruling on child support. The exact amount of this is set on a case-by-case basis. Generally, it depends on the parents’ ability to contribute and the child’s needs; however, it’s often a percentage of the parents’ monthly income. For example, children under six must receive 16%, while children over 15% must get 22%. Additionally, in Austria, children can receive child support until the age of 27.

During a divorce in Austria, all property owned by the couple can come into play. This includes real estate, bank accounts, stocks, businesses, cars, jewelry, art, and more. Generally, couples are free to divide their property as they see fit. If they can jointly agree to an appropriate division, the divorce can proceed smoothly.

Discover the best places to live in Austria

However, if the couple cannot reach an agreement, a court will step in. In this instance, the court will divide matrimonial assets (such as the marital home) and matrimonial savings (assets accumulated while living together while married) equitably. However, anything that each individual brought to the marriage, inherited, or was gifted, is excluded from this division. If there is a pre-nuptial agreement, the courts will look to this while dividing the marital property.

The Austrian courts will decide on whether spousal maintenance is appropriate and how much it should be. If there is a pre- or post-nuptial agreement in place and it covers spousal support, the courts will generally abide by this. However, in the absence of a prenup, the courts will decide on an appropriate amount. Usually, this is decided based on the spouses’ ability to contribute and whether children are a factor. Usually, spousal support amounts to 40% of the family income minus the claimant’s income. If one party has no income, they can receive up to 33% of the breadwinner’s income.

When pursuing spousal support, it is advisable to have lawyers represent each spouse’s interests. However, this is only necessary if the issue involves money or a monetary value of more than €5,000.

Alternatives to getting a divorce in Austria

Although divorces are a popular way to end a marriage in Austria, there are other options that don’t require spouses to go through the same legal process. Below are some of the more common alternatives to getting a divorce in Austria.

Getting an annulment in Austria

Because annulments legally negate a marriage, the terms of the separation can be tricky to work out. The process and terms can therefore be similar to those for ending a domestic partnership in Austria. Technically, there are no grounds for spousal maintenance or division of property. Instead, each individual retains their own property and assets. Similarly, courts will consider the best interests of the child in deciding child custody arrangements. In Austria, annulments are sometimes preferred to divorce because of the country’s religious history. However, these days, divorces are far more common due to the legal framework.

In Austria, only the courts can legally grant a divorce or annulment. However, mediation is a popular choice for working out problems and settlements. This is especially so in contentious divorces where both parties cannot agree on the terms of the separation. In divorce mediation, both spouses hire their own lawyers and a neutral third-party oversees the discussions and negotiations.

In Austria, mediation is generally less expensive than going to court for a fraught divorce trial or hearings. Additionally, these sessions are confidential so there is no public record of what happens behind closed doors. Furthermore, it’s a good way to assert control over the terms of a divorce. In a trial, the courts will decide these for you. Getting married in Austria Dating in Austria: what to expect when looking for love