A guide for expats on how to set up key Russian utilities. Find everything you need to know to connect to water, electricity and gas in Russia.

One of the first tasks you need to arrange when moving into a property in Russia is to connect to utilities such as water, electricity and gas in Russia, besides also connecting to Russian internet, TV and telephone.

Russia is generally not considered as cost-effective to live in compared to some other European countries. The cost for basic Russian utilities and home appliances are typically higher in the capital of Moscow.

The other difficulty for expats is that many web pages of Russian utility companies do not offer English versions. Unless you speak Russian, you may need to seek the assistance of Russian-speaking friend or an online translator. To avoid being without Russian utilities when moving into a new home, it is advisable to organise your utility connections a week or two before moving in.

This guide explains how to organise your utilities upon relocating to Russia including:

Electricity and gas in Russia

There are two dominant companies that produce electricity in Russia – Inter RAO and Gazprom Energoholding. The companies do not sell directly to consumers but supply them to various providers. The quality of supply lines might not always be in line with European standards, but is generally reliable, especially in the main cities. It is recommended to use electricity regulators for sensitive technologies in case of any blackouts or power cuts.

Here is a list of electricity suppliers in Moscow:

Together with electricity, Gazprom Energoholding is also the major provider of gas in Russia and is supplied via various providers. The major company in Moscow that offers gas supply, repair and maintenance are Mosgaz.

A Russia electrical outlet has a voltage of 220 and 240 volts AC with 50-hertz frequency. If you plan on bringing appliances from the US or Canada, you will need a power adapter and Russian voltage converter for sockets, which have two round-pin plugs, also known as Type C. However, if you are moving from Australia, New Zealand or the UK, you will only need to use Russia power adapters to connect to a Russia electric plug.

State-run companies provide the general supply of water and wastewater services in Russia (around 85 percent), alongside an increasing number of large private companies such as Russian Communal Systems, Eurasian Water Partnership and Rosvodokanal.

Russia’s biggest water company Moscovodkanal is the provider of drinking water and sewage in Moscow and its surrounding districts. However, despite Moscow’s strive to be modern, the water supply system is relatively old, making tap water in Russia not recommended for consumption. Most expats either buy bottled water or filter tap water.

Other major Russian water suppliers in Moscow are Mosvodostok, Rosvodokanal, Russian Communal Systems and Evraziyski, while Vodokanal is the most popular option in St Petersburg.

Even in Moscow, the tap water is generally not considered suitable to drink due to an old water supply system in many areas. Most foreigners stick to filtered tap water or bottled water for drinking, although some use boiled tap water for hot drinks.

The quality of tap water in Russia is significantly reduced in some rural areas, where tap water may even appear yellow or discoloured and is dangerous for consumption. When travelling to other cities, foreigners may consider cleaning their teeth with bottled water and avoid eating raw salads or food. Ice made from non-bottled water should also be avoided.

Previously, Russian utilities were typically paid by landlords and included in the rent price. But since new rules came into force in September 2012, tenants are obliged to pay for their utilities and communal charges themselves.

There are several ways to pay your Russian utility bills, including at post offices or banks, at the offices of utility suppliers, online, by direct debit, at ATMs and via instant payment machines situated in supermarkets, shops and other public areas.

Russian utility bills come monthly and should be paid by the time indicated on the bill. The receipt should always be kept as a proof just in case. The receipt includes the following information: the area of the resident, payer’s name, services provided with its cost, benefits and subsidies if any, and total amount paid. Advance payments are available.

Late payments are subject to a penalty and if the bill is still not paid in three months, the supplier will most likely cut off the service.

Although electricity, gas and water prices differ across Russia, below is an approximate summary of average utility costs in Moscow and St Petersburg to give you an idea. 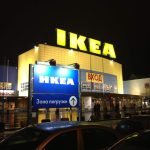 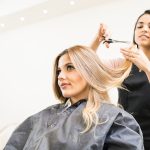