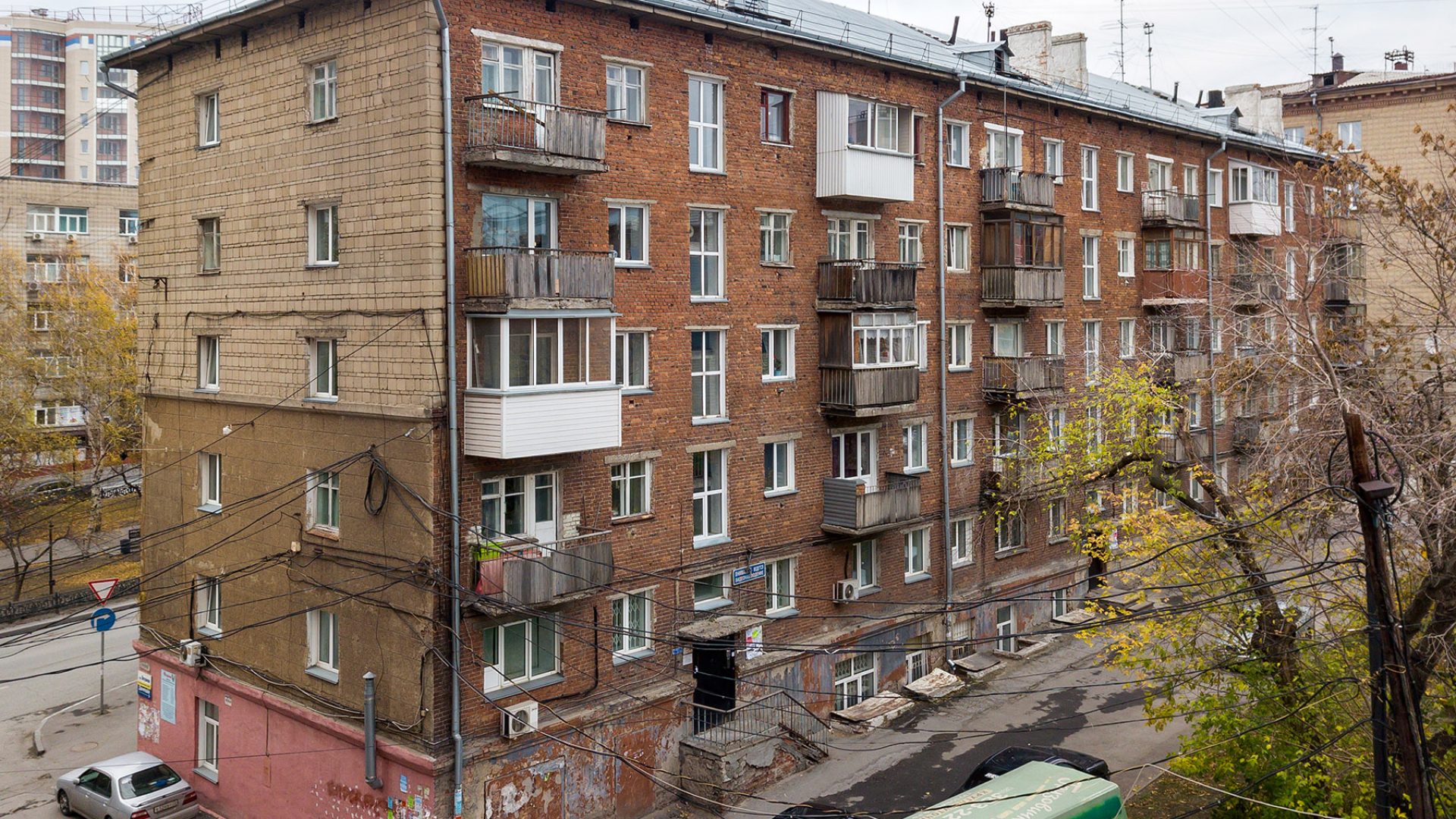 A guide to finding Russian apartments

Find the requirements to rent in Russia and how to find Russian apartments for rent – plus learn about your tenant rights when renting an apartment in Russia.

If you’re moving to Russia, you need to find accommodation in Russia and figure out where to live in Moscow, whether you want to be right in the heart of the city or out in the quieter suburbs, plus whether it is better to buy or rent in Moscow.

For expats relocating to Russia, choosing to rent in Russia can be a feasible solution in the initial period; Russian law is very favorable to tenants. Renting Russian apartments allows more flexibility to shop around and research particular areas. It can also help you decide how long you want to stay and whether buying a property in Russia is a good option, as many expats are on temporary work contracts in Russia.

Our guide explains the necessary information for renting in Moscow:

The rental real estate market in Russia has been very competitive following the fall of the Soviet Union in 1990. At the time, all property was state-owned and allocated to individuals to use based on their occupation. Post-communism, Russian housing, in particular Moscow property, has flourished with a buoyant market for renting and buying Russian property.

However, as the Russian economy expanded post-communism, rental prices in Moscow also dramatically rose; capitalism and more foreign investment meant an influx of foreign nationals and an increased demand for accommodation in Moscow.

But, according to Bloomberg, since the crash in oil prices and the tense political situation in Ukraine in 2015, many international firms withdrew or cut investments in the country. The lower demand for property led to a drop in the price of Moscow rentals, up to some 40% in some neighborhoods. While the marketplace is still very competitive, renters in Moscow can get more for their money.

As a rule, the majority of rentals in Russia are apartments and come either furnished, semi-furnished, or unfurnished. Most landlords accommodate requests to add or remove furniture. In some cases, you can agree for them to buy furniture you have purchased when you leave.

In the outer suburbs of Moscow, there are also many gated complexes and luxurious villas on the market. Naturally, expect to pay a premium, plus factor in a longer commute. However, you will have more chance of finding a house to rent in Moscow.

If you’re studying in Russia, there are dormitories, room rentals, and homestays to help reduce the cost of renting in Moscow.

There are also some distinct styles of Russian housing, such as the kommunalki, communal flats as seen in Moscow, and dacha, small houses in the countryside. Read even more in our guides to the history of houses in Russia.

Rental prices in Moscow are typically listed with square metre measurements and a monthly cost in rubles or US dollars. According to Numbeo, a one-bedroom apartment in Moscow’s city center will cost an average of RUB 55,000, whereas you can expect to pay RUB 33,000 farther out in the suburbs.  A three-bedroom apartment can average from RUB 90,000 to RUB 180,000 depending on the location and size. However, there is room for negotiation with rental prices in some cases, for example, through Russian utilities or negotiating on furnishings and redecoration. Rent is often still in cash. Most landlords accept wire transfers in roubles or dollars.

A one-month rent deposit is also necessary for most of the landlords in Moscow. If you’re using a real estate agent, they likely charge a caution fee to secure the property, as well as administrative and arrangement services for drawing up rental agreements. This can vary from agent to agent, so ask upfront for costs.

How to find Russian apartments for rent

The most common way of finding property in Moscow is via an estate agent. If you have a good grasp of the Russian language and want to get a better price, you can source local Moscow accommodation in newspapers or online with website such as Gdeetotdom, Cian, The Locals and Kvartirant that list properties from estate agents and private landlords.

Whether you decide to use an estate agent or go it alone, you may need a translator to ensure you can clearly communicate with the agent or landlord and fully understand what the rental includes.

Foreigners can opt for an international real estate agent to draw up the necessary lease documents in Russian and English. Naturally, they charge extra for this service.

There are also real estate agents and serviced apartments in Moscow catered to expats; doing an online search will reveal numerous websites, including:

Rental agreements in Moscow are usually prepared by the real estate agent and are rarely notarized. A standard lease is in two languages: Russian and English. Contracts are relatively short but the terms may vary, so read carefully before you sign.

Moscow rental contracts usually last from one to three years. An early termination requires a one to three-month notice to the landlord. Early termination by landlords, however, is not customary and against Russian legislation, unless a tenant is in breach of an agreement.

Standard rental terms tend to be favorable for a tenant. Landlords usually insist on a right to inspect the property on a regular basis. Rent is in dollars, rubles, or less often in euros. Payments are generally monthly or quarterly. Longer advance payments can be made to reduce the rent.

Rental contracts of one year or longer need to go through the state registration in the Federal Registration Service. It is a bothersome procedure that requires the personal presence of both the landlord and the tenant. To avoid this, the length of the rent is often kept at 364 days in most cases or a tenancy agreement is used in place of a lease where possible.

Required paperwork to rent in Moscow

Much paperwork is also necessary to rent accommodation in Moscow, from both the tenant and landlord.

If the property was privatized, the ownership documents come in two parts: the Agreement of Transfer and the Certificate of Ownership. Privatization documents list all owners and their shares. Another common ownership document is the sale-purchase agreement.

Besides ownership verification, it’s important to see the landlord’s identification – usually a passport. If a property has multiple owners, make sure that all property owners sign the lease agreement or provide a power of attorney to act on their behalf.

The tenant doesn’t require elaborate credit checks. Landlords usually ask for a copy of a passport and visa, and, in some cases, for proof of employment. It is also customary to leave a contact person and a phone number of your office.

In Moscow, tenants must register at their residence. Tenants can register in the Moscow Visa Registration Office (UVIR), using their landlord’s notarised consent or a rental contract.

Paying utilities while renting in Moscow

When renting Russian apartments, basic utilities such as water, heating, and facility management fees are typically part of the rental price. However, additional bills for electricity, internet, television, and telecommunication services are usually separate payments by the tenant.

Utilities in Russia are state-run and generally cheap. However, this does mean that tenants have no control if they’re living in a typical Russian apartment, rather than a plush western-style building, as the government dictates when the heating turns on and off. Also, in the summer, the hot water is turned off for up to three weeks across the whole city for routine maintenance.

Read Expatica’s guide for more information on utilities in Russia.

Where to live in Moscow

When deciding on where to rent in Moscow, it’s important to decide beforehand what you can afford, the type of accommodation and minimum requirements you need, as well as the location and amenities it offers. Specifically, in Moscow, the roads are always busy; having close proximity to the Metro or finding an apartment within walking distance of your place of work or study will play a big factor in your commute time.

Read Expatica’s guide for more information on where to live in Moscow.

For many young expats or those needing convenient access to the city, choosing to rent in the centre of Moscow puts you in the heart of it all. Tverskaya Street, leading off from Red Square, is the most central street in Moscow, complete with high-end shops and nightspots that attract foreigners and wealthy locals alike.

Other central areas that are a little quieter, but equally as central, are between Arbat and Kropotkinskaya, which are beautiful tree-lined pedestrianized streets with a relaxed, cafe lifestyle.

Slightly out of the centre you’ll still find pleasant areas within the Sadovoye Koltso, also known as the Garden Ring. These are generally quieter, residential areas with good links to the city centre and plenty of local amenities, such as restaurants, cafes, shops and green areas.

One of the more favored areas is the Patriarshiye Prudy, on the northeastern edge of the Garden Ring. With a pretty park as a central focus and good transport links with four metro stations all within walking distance, it’s a perfect compromise for urban living with more space.

However, if you want a slice of European architecture and charm, then Chistye Prudy is another attractive residential area, with a lake that offers boating in the summer and skating during the winter months.

For expats in Russia looking for international neighbors or extra comfort and security, there are a number of communities in Moscow. These are typically guarded compounds or serviced apartments with 24/7 security. Rental prices in these communities can be on the higher side, however.

Some of the most popular and prestigious areas for international communities are Pokrovsky Hills and Rosinka International Resident Complex, both situated in the northwest of Moscow and near some of Russia’s private international schools.

Naturally, choosing to rent in the suburbs means a considerably longer commute, but in a big city battling with air pollution, this is a small price to pay for fresh air, open space, and quiet.