Learn all about the history of Russian housing, from the kommunalki community flats to dachas along the countryside.

Before the 1917 Revolution 80% of the Russian population lived in the country; by the 1980s more than 70% resided in big cities like Moscow and Leningrad (St Petersburg). This great influx of people was caused by disruption to everyday life resulting from the Revolution: a bloody civil war, the devastation of large tracts of the land, many failed harvests, and the rapid industrialization. The incomers sought work and food.

As the influx continued as new factories were built, serious social problems arose – particularly in the realm of Russian housing.

The immediate response on the part of the Soviet government was to requisition houses and capacious apartments of the aristocrats. They then divided them into communal flats (kommunalki). This was easier in Leningrad than in Moscow, where there were more buildings of that sort for conversion.

But requisitioning was only a partial solution. The government resorted to a building program to overcome the Russian housing crisis. Apart from the barracks for workers adjacent to their factories, the building program focused on kommunalki, or communal flats.

The kommunalki, or corridor flats, were rooms for families along a corridor and entrance hall; no private cooking or toilet facilities. Families used a communal kitchen, toilet, and bathroom – common spaces usually at the end of the corridor. Occupants maintained a collective cleaning schedule of these common spaces. Visits to the local bathhouse compensated a little for the absence of adequate washing facilities.

The whole complex was a domestic collective – a tool within the system of social engineering.

After Stalin’s death, there was a mini thaw. The government allowed a more liberal approach to the Russian housing problem by building five-storey buildings with self-contained apartments in the outer parts of the city.

The flats in these buildings (khrushchevki) were in high demand. There were plenty of building faults because of hasty construction and an absence of lifts. However, there was sheer pleasure in having a private dwelling.

In the early 1960s, the long waiting lists prompted the government to resurrect the cooperative housing associations. Through these, buyers could purchase their own flats, signaling the beginning of the end for the kommunalki.

During the period between the Revolution and the collapse of the USSR in 1991 certain members of the elite in the political, military, and cultural world received comfortable, if not luxurious, flats. Some of these were in Stalin’s wedding cake buildings and others in blocks specially built for the purpose.

Life in one such block was vividly detailed in The House on the Embankment by Yuri Trifonov. The block described is situated opposite the Kremlin and still contains luxury flats, and also a museum illustrating the lifestyle for the nomenclature of that time.

They weren’t particularly lucky, however. Dwellers who fell out of favor with Stalin feared a knock on the door in the early hours and the subsequent transfer to the notorious Lubyanka prison.

Descriptions of the more humble environment of kommunalki are background material in the writings of Mikhail Bulgakov and Maria Tsvetayeva. Poet Vladimir Vysotsky sang about kommunalki in a humorous vein, using the trials and tribulations of communal life as his theme.

No review of the Russian housing scene is complete without reference to the dacha.

The word dacha comes from the verb ‘dat’ meaning to give. It dates from the time of Peter the Great, who granted plots of land near his capital to his subjects for horticultural development and the building of small wooden houses for summer use.

The land belonged to the state but the houses on them to the recipients. The houses were simple in construction and without the amenities of electricity and water. Thus they were only suitable for summer use and not an alternative source of accommodation. At best, they are allotments with houses.

Dachas are becoming more sophisticated in terms of amenities and provision of space. Some are now complete country houses.

Since the collapse of the USSR, the government encouraged the privatization of state-owned blocks of apartments and the building of new private houses and flats. The new deal also encouraged the completion and sale of multi-family apartments of the Soviet period and the development and marketing of single-family accommodation on the urban fringe.

Where should you live as an expat in Moscow?

Companies set up to effect the new policy arrange financing from private sources such as payments from home buyers, loans from banks, and market the newly constructed dwellings. The overriding control lies with the municipalities. Although a large number of private properties are assigned to municipalities for distribution, many are sold directly to developers’ employees, suppliers, and city officials at a discount.

Although privatization brought significant improvements to urban life, property costs are often unacceptably high. This brings to mind a common quote about life in Moscow: “everything is available, but at a price.”

Before serving at the British Embassy in Moscow in the 1960s, Dairmid Gunn lived with a Russian family in Paris. He now builds bridges with Russia through the Scotland-Russia Forum. 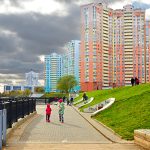 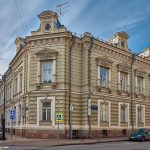 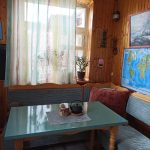 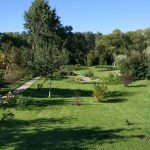 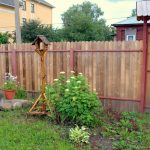