Where to live in Qatar

Home Moving to Qatar Where to Live Where to live in Qatar
Last update on October 05, 2021 It is important to have some insider info when choosing where to live in Qatar. After all, finding the right area will allow you to have the best experience. This helpful guide offers some valuable insight.

Qatar’s booming economy attracts many expats who mostly choose to live in the capital, Doha. As such, this guide will largely focus on areas and neighborhoods in this city. It includes the following information:

The most popular cities in Qatar

For most expats, Doha is the only city they think of when it comes to where to live in Qatar. However, if you are willing to travel, or are involved in industries such as oil or export, you may want to consider other cities.

Generally speaking, you won’t go too far wrong when choosing where to live in Qatar. In fact, crime and violent crime is very low, and there is a large police presence throughout the country. That said, common sense still applies. Women, in particular, shouldn’t venture out alone late at night, especially around the souqs. In addition, it is important to remember that this is an Islamic country and therefore, a conservative dress code applies.

The capital is certainly one of the most popular cities in Qatar. Here, you will find everything from architecturally arresting skyscrapers and palm-fringed beaches to luxurious malls and the blue waters of the Gulf Sea. In addition, the city hosts the country’s best museums, dining, and events. In fact, you will be able to attend major concerts (Latin superstar Maluma just performed), run marathons like the Color Run, and catch the Qatar Open Tennis Tournament.

If you want a little peace and quiet without straying too far from the action, Al Rayyan could be a good choice. Just 10km outside of Doha, this was once home to nomadic farmers. Nowadays, the city functions as a quiet suburb of Qatar’s capital. Several top-notch international universities in Qatar such as Georgetown and Carnegie Mellon have Qatar campuses at the Education City in Al Rayyan. However, the city is also known for housing the Al Wajbah Fort and an equestrian foundation that hosts the National Arabian Horse Show.

Located on Qatar’s east coast peninsula, Umm Said is just 45km from Doha. The heart of the country’s industry is found in this city. It specializes in both oil and commercial exports and has refineries and complexes producing everything from steel and petrochemicals to fertilizers. Surprisingly, this industrial town also has some great beaches. However, this isn’t the best option for families.

Where to live in Qatar as a family

When deciding where to live, it is important to know what you are looking for. Do you need schools nearby? Is cost a big factor? Or do you want the convenience of having everything on your doorstep? Most expats in Qatar are based in Doha. For that reason, this guide will focus on that city.

For families choosing where to live in Qatar, good schools are important, whether they’re international schools or public ones. You will also want easily accessible healthcare and plenty of facilities and activities to keep the kids busy. Similarly, you will probably be looking for spacious, well-maintained housing.

Al Waab is one of the best places to live in Qatar for families. Part of Doha, this area is near the Villaggio Mall and Aspire Park and has several schools and nurseries. In addition, a new Al Waab City is under construction. When it is ready, it will have a host of facilities including shops, restaurants, and parks. Furthermore, this area is a good option for families to consider when deciding where to live in Qatar because it has plenty of stand-alone villas in compounds. On average, you can expect to pay QAR15,000–20,000 per month for a four-bedroom villa in a compound with facilities.

Also located in Doha, Madinat Khalifa is an upscale area that is popular with families. Madinat Khalifa is considered to be one of the best places to live in Qatar, especially for those with school-age children. That is because there are plenty of schools around, such as Compass School, Doha English Speaking School, and Blyth Academy. The area also has the Landmark Mall, along with a Carrefour and a new Lulu Hypermarket. If you choose to move here, you should consider Riviera Gardens. This sought-after compound has numerous, spacious villas. You will pay around QAR16,000 per month for a three-bedroom villa here.

Families looking for fancy quarters find West Bay to be one of the best places to live in Qatar. There are plenty of nurseries, kindergartens, and schools here, therefore education is not a problem. In addition, the best of Doha is within easy reach. If you will have family and friends visiting while you live in Qatar, the area also has a range of five-star hotels including the Ritz-Carlton, W Hotel, and the Four Seasons. The best accommodation can be found in Zig Zag Towers. A two-bedroom apartment starts at QAR13,000. Meanwhile, a large stand-alone villa will set you back anywhere from QAR30,000 to QAR50,000/month.

For families on a budget, Abu Hamour could be one of the best cities in Qatar. Although technically part of Doha, this area has so many facilities that it almost operates independently. There are several schools, such as Park House English School, Doha British School, and Doha College. Similarly, there are many nurseries and kindergartens in the area. Additionally, there are food markets, along with the Safari Mall and a Carrefour. Perhaps best of all, Abu Hamour has plenty of new compounds and stand-alone villas. You can easily find a four-bedroom villa here for QAR14,000/month.

Where to live in Qatar if you’re single

When it comes to choosing where to live in Qatar as a single person, a few important factors come into play. Firstly, you probably want to be in a downtown location. Secondly, you might need amenities like shops, restaurants, and entertainment in close range. However, you may consider things such as prices and schools less important.

Doha’s oldest and most popular area is a big contender for expats in Qatar. Most residents consider this the center of the city, and it offers easy access to most other areas of the city and country. For single expats, this is a great choice because the commercial area has plenty of malls, restaurants, cafés, and boutiques. Additionally, it is reasonably affordable for a single-income household. You can find a two-bedroom apartment here for around QAR8,000-QAR10,000 per month. The only drawback of living in Al Sadd is that there is limited parking and heavy traffic jams. If you are driving, you would do well to avoid Al Mirqad Street.

If you know anything about Doha, you have probably already heard of The Pearl.

This establishment occupies 985 acres of reclaimed land north of the Corniche. Residents here have access to an array of high-end stores, as well as dining options. However, there aren’t many schools here. Coupled with the fact that rent is considerably more expensive than other areas, The Pearl tends to be popular with couples and singles. Apartments start at QAR13,000/month, however, you can find a three-bedroom townhouse for QAR25,000.

If you are retiring, you will be looking for different things when it comes to where to live in Qatar. Chances are you will want somewhere with a strong community, good weather, and decent healthcare. In addition, a slower pace of life will probably be welcome after decades in the rat race.

If you are thinking about where to live in Qatar when you retire, you may want to consider Al Wakra. This small town offers a community feel and slow pace of life. However, it is also just a 30-minute drive from Doha, so you can still access the airport and everything the city has to offer.

In addition, the town has plenty of history to explore, so you could spend time around the Al Wakrah Heritage Village and souq. Similarly, if you want to stay active, you can stroll along the soothing Corniche or perhaps even volunteer at the many schools there. Furthermore, Al Wakrah Hospital offers a full range of modern facilities and manages different specialties. One thing to note, however, is that the population is overwhelmingly male and still working. If you think this may be where you want to live in Qatar, you can get a two-bedroom apartment for as little as QAR8,000.

Where to live in Qatar on a budget

If you are on a budget, money will obviously be your main consideration when choosing where to live in Qatar. To that end, you will want to find areas with reasonably cheap housing. Luckily, that doesn’t necessarily mean you have to sacrifice decent accommodation.

Another older part of Doha, this area has very busy main roads. Although it is near the airport, however, you won’t have to worry about noisy planes as the neighborhood is not in the flight path. Similarly, there is no green space around it, so if you want relaxed, back-to-nature surroundings, this is not the place. Rentals here are usually stand-alone villas, although there are some compounds such as Al Fardan 1 and La Mirage. Because many of these buildings are older, you can get good deals on housing. This means you can find an unfurnished four-bedroom villa for QAR13,000/month or a two-bedroom apartment for QAR6,000/month.

Next to the Old Airport Area, this lovely neighborhood is also popular with expats on a budget. One of Doha’s newest districts, Al Thumama has great infrastructure, including well-connected transport links. In addition, there are a number of schools, and the state-of-the-art Kahramaa Park is a great educational resource that encourages green living. If you choose to live here, a two-bedroom apartment averages QAR8,500/month.

Places to avoid in Qatar

Choosing the best places to live in Qatar largely comes down to personal preferences. However, if you have children, you may want to choose a quieter area. Because drivers in Qatar are notoriously lax about road safety, you will not want your kids in areas where there are a lot of cars all the time. Additionally, you might want to avoid anywhere close to slums or industrial areas. Because these areas have either high incidences of crime or industrial accidents, you would do best to stay away. 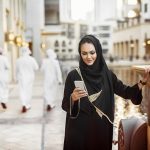