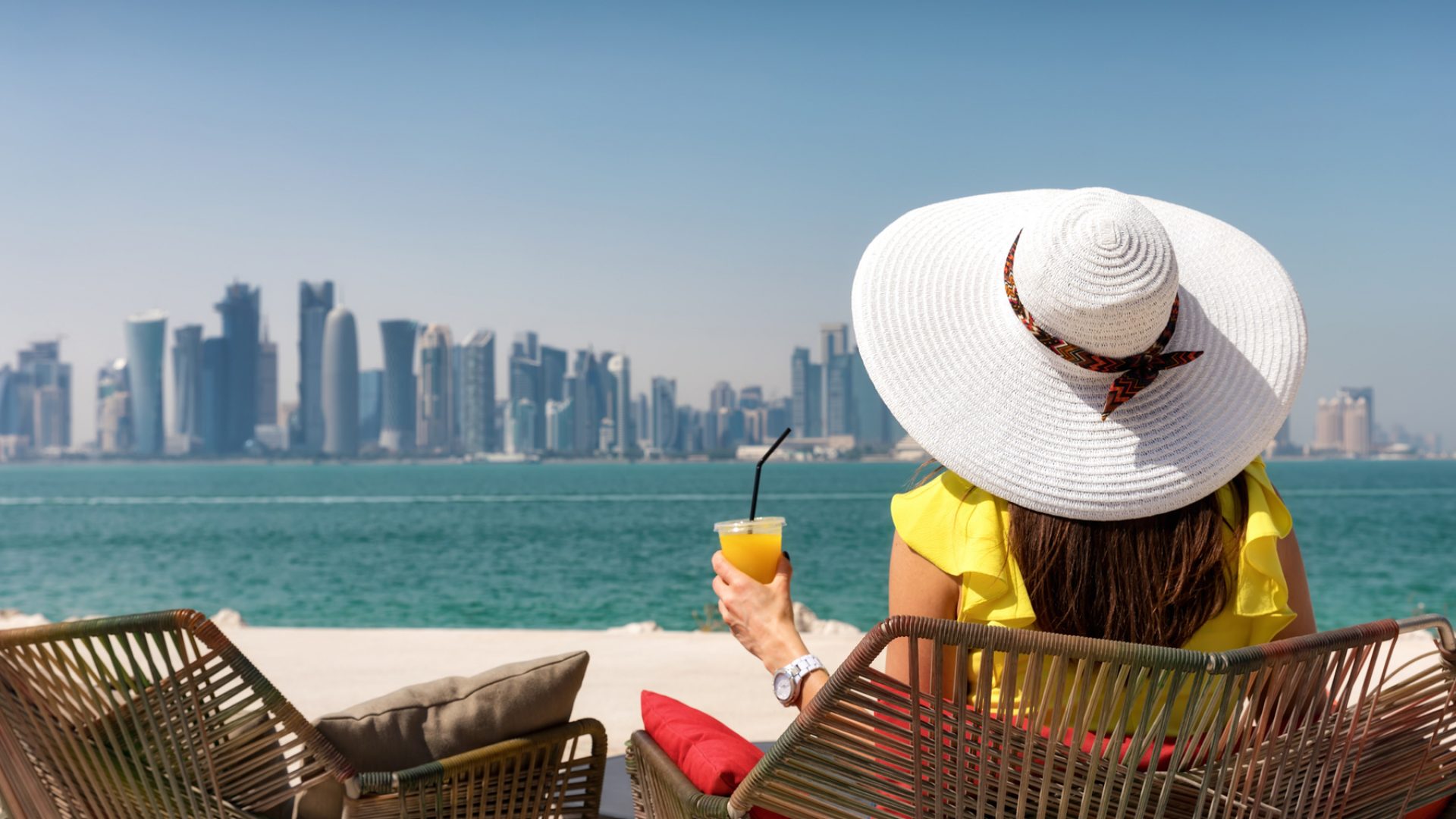 A guide to the climate and seasons in Qatar

Home Moving to Qatar About Qatar A guide to the climate and seasons in Qatar
Last update on January 24, 2022
Written by Brooke Reid
Share

This helpful guide provides information on what to do and how to dress for the climate and seasons in Qatar.

Qatar is well known for its intense climate, with temperatures peaking at around 50 degrees Celcius in the summertime. Luckily, though, the country is well adapted to deal with the sweltering heat.

Due to the small and flat nature of Qatar, weather conditions are fairly stable throughout the country. Some areas, however, are more likely to experience certain climatic occurrences.

The more northerly areas, for example, can experience rain showers well in advance of the wet season in the rest of the country. Doha and smaller cities along the coastline can also experience higher levels of humidity than inland areas.

January is typically the coolest month in Qatar with temperatures reaching 21.7 degrees Celsius in the daytime and lowering to 12.8 degrees Celsius during the night. This is similar to surrounding countries such as Saudi Arabia and the UAE. Oman and Iran, on the other hand, have cooler temperatures year-round due to their coastal location.

When summer hits Qatar, temperatures have been known to soar to around 41.5 degrees Celsius. Humidity can sometimes raise this to the high 40s and low 50s. As you might expect, snowfall in Qatar is extremely unlikely during any time of the year. While record lows have been recorded in recent years, you would need to hit Snow Dunes Park at Doha Festival City Mall if you want to build a snowman.

Qatar’s monthly average rainfall is 5.9mm, however, June to October is the dry season when rain is extremely rare. Unsurprisingly, sunshine is year-round in Qatar, and the country experiences up to 14 hours of daylight from May until August. In winter, however, daylight lasts around 10 hours.

The summer season in Qatar starts in June, by which time temperatures have already reached the low 40s. The season continues until August when temperatures plateau at around 41 degrees Celsius during the daytime and around 28.9 degrees Celsius at night. Rainfall doesn’t typically occur during summer in Qatar, however, humidity can reach between 40–60%.

Staying cool in the heat, while continuing to respect local culture, can be a challenge in Qatar. Here are some simple tips to follow though:

Hotels in Qatar offer a day pass where you can utilize their pool (and sometimes beach) facilities. This is a cost-effective way to have a staycation and beat the heart without having to pack your pajamas. If you are feeling brave, then Education City Golf Club offers tee times after dark so you can play and stay cool. If you would like to rehydrate at the ‘19thhole’, you will need to tee off at Doha Golf Club where alcohol is served. Many of the malls have full schedules of shows and activities to keep the family entertained and cool while you shop. Generally speaking, late-night activities are preferred as locals and expats try to avoid the warmer weather in the early evening.

Over the coming years, Eid Al Adha – the second Islamic holiday celebrates worldwide each year – will occur during the summer. Many locals and expats will use this opportunity to travel to cooler climates.

The relatively mild season of winter in Qatar starts from December and lasts until February. During this period, daytime temperatures reach around 23 degrees Celsius and hit lows just under 19 degrees Celsius at night; although night time temperatures can be significantly lower than the thermostat indicates; due to the wind chill which comes across the desert sand dunes.

If you’re camping in the desert (a popular pastime at this time of year) be sure to pack sufficient water, warm clothes, and blankets. While those coming from colder climes might laugh at the heaters in restaurants around late November, they will be grateful for them come January; when temperatures dip at night. This is the time to wear cardigans, sweaters, and coats. However, during the day you can often get away with a t-shirt or a light shirt. You should also note that around 60% of Qatar’s annual rainfall occurs in winter.

Qatar’s National Day is held on 18 December each year and is the perfect time to get out and enjoy some local culture. Activities are held at Katara Cultural Village, Darb Al Sai and culminate with a parade that is attended by the Emir of Qatar and other dignitaries along the Corniche.

Qatar is one of the only countries to host a day celebrating sport. National Sports Day is on the second Tuesday of each February; when employers and public entities host participation-based activities around town. This is a good opportunity to get outside with friends and family and enjoy some of the best weather Qatar has to offer.

According to the calendar, the start of warmer weather begins in March. In reality, however, temperatures are already averaging 26.8 degrees Celsius by the time spring arrives. By the end of spring in May, daily highs reach around 38.2 degrees Celsius with nightly lows of around 25 degrees.

The last of the rainfall for the cooler season occurs during spring when between 2.54mm and 15.24mm falls between March and May. Spring in Qatar brings plenty of sunshine too; between 11.5 and 13.5 hours of light a day during the season.

As temperatures heat up in Qatar, you will be able to take off your jacket and enjoy the warm weather during the day and night. When spring hits, most people switch from closed shoes and boots to flip flops and sandals.

Spring is a great time of year to head north to go kite surfing off Fuwariat Beach. Nature lovers are sure to enjoy the mangroves at Purple Island near Al Thakira. For those wanting to stay closer to town, spring is a good opportunity to try a new sport like kayaking or stand-up paddleboarding. You can also hire a jet ski near the Corniche. Ramadan and Eid Al Fitr have now shifted to spring and bring their respective traditions and outings.

Autumn begins in September in Qatar, but temperatures aren’t likely to get chilly straight away. While it drops by about 10 degrees Celsius, it can still feel warm compared with much of the Northern Hemisphere. This is because humidity sits at around 60-70% for much of the season. Rain doesn’t tend to fall during autumn; in recent years, though, significant wind and hail storms have taken the community (and the roads) by surprise.

With temperatures staying relatively high, you will still want to wear similar clothing to the summer, thankfully though, the days start to get cooler as spring continues towards November.

In spite of the warm climate, people in Qatar tend to embrace the autumn weather by getting out and about. At night time, you will find families walking along the Corniche in areas like Aspire Park and Katara Cultural Village.

The primary holiday season – when locals and expatriates leave the country – is in the summer. With most schools having between 10 and 12 weeks off, those with families tend to travel at this time and avoid the heat. Due to the high population of Christian expatriates living in Qatar, a number of residents also travel outside of the country around Christmas.

Discover the best festivals and events in Qatar

Hamad International Airport has become a major hub for transit customers; the duration of their stay in Qatar usually lasts for less than four days. The majority of these visitors come through the country between October and April. A guide to the population and people in Qatar Arabic: an introduction to the language of Qatar

The cost of living in Qatar