Laws on drugs and alcohol in Qatar 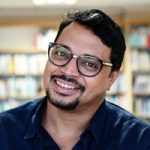 We explain the strict laws that are in place when it comes to buying and consuming drugs and alcohol in Qatar.

As the world counts down to the 2022 FIFA World Cup, current laws on alcohol in Qatar have been endlessly debated in the international media. Current regulations only allow residents to buy and consume alcohol with a permit, while tourists may drink at licensed restaurants and bars. Recreational drugs, on the other hand, are illegal. This attitude is largely in line with the Islamic principles that underpin Qatar’s legal system.

This guide looks at Qatar’s drugs and alcohol policy, and what expats moving to the desert country need to know. It includes the following information:

Qatar imposes severe penalties for possession, use, and trafficking in illegal drugs. Offenders can face long-term imprisonment and pay heavy fines, followed by deportation. Fines could range up to QR200,000, however, drug trafficking also carries a possible death sentence. Authorities make no exceptions and foreign embassies are generally powerless to intercede on their citizens’ behalf when it comes to drug laws in Qatar.

Travelers entering the country should expect searches on their luggage, although physical searches are the exception rather than the rule. However, all luggage is scanned at Doha Airport Arrivals Hall, as is standard at most international airports.

There are new regulations on antibiotics; you can no longer buy them over the counter. General medicines, such as painkillers, cough medicine, and eye drops, are widely available in supermarkets and larger stores.

Qatar bans several mental health drugs, including tranquilizers, anti-depressants, and some kinds of sleeping pills. In extreme cases, you may be able to obtain these after consulting a local doctor.

If you take regular medications, make sure you are carrying them in their original packaging with any accompanying literature, as well as the doctor’s prescription. To be doubly sure, ask your doctor for a letter confirming that you need these drugs. Authorities usually permit travelers to bring in 30 days’ worth of medicines, and any more should be obtained locally.

You must refill your prescriptions locally, after a visit to a licensed local medical facility. It also helps to be aware of the actual contents and formula and not just the brand name, as these vary from country to country and between manufacturers. You may need to renew your prescription from a local doctor, as many pharmacists cannot accept foreign prescriptions.

Travelers transiting Qatar with prescription drugs in their hand baggage should contact their nation’s embassy in Doha for advice.

As with drugs, it is illegal to import alcohol into Qatar (pork products and firearms are other items on the list). Drinking alcohol or being drunk in public are offenses. Drunken driving, public intoxication, and other alcohol-related offenses are also taken seriously and can result in imprisonment, fines, or even deportation.

Despite being a social taboo, however, alcohol is available at licensed hotel restaurants, bars, and certain clubs. Expats living in Qatar should carry their Qatar ID or passport with them to these venues.

Expats can also obtain alcohol with a permit. Only the Qatar Distribution Company can import and sell alcohol; the retailer operates the only liquor stores in the country. It also handles alcohol permits. To obtain one, you will need a letter from your employer, which is signed and stamped by an authorized person in the company. This must state your position, basic pay, accommodation, religious affiliation, and marital status. You will also need copies of a valid passport and residence permit, plus a deposit. Furthermore, the minimum salary restrictions of QAR4,000 apply.

Muslims may not purchase or consume alcohol in Qatar. In addition, expat women who are married to Muslims, but practice a different religion themselves and are under their husbands’ sponsorship, cannot get a permit.

Alcohol at the 2022 FIFA World Cup

Tourists and visitors planning a trip to Qatar for the 2022 FIFA World Cup will be relieved to know that rules surrounding alcohol will be relaxed for the duration of the tournament. Beer, wine, and spirits will be available during the tournament, but only in designated drinking areas and not in public areas or in the streets.

Alcohol remains more expensive than in most places. As of January 2019, Qatar imposed a 100% ‘sin tax’ on booze but subsequently cut prices by 30%. Despite that price cut, a case of beer costs roughly $64 in Qatar, or about $2.66 a beverage, according to Bloomberg. A hotel bar typically charges around $13.50 per pint.

Alcohol – especially beer – remains an integral part of the World Cup experience for many fans. In fact, some bars in Russia ran out of beer during the 2018 tournament, because fans drank so much! Approximately 1.5 million people are expected to attend the four-week-long global sporting event in what remains a conservative Islamic country. Between balancing the demands of that audience with their own traditional values, Qatari authorities certainly have a bamboozling problem on their hands. 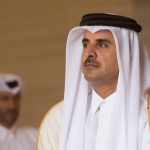 Guide to women’s rights in Qatar