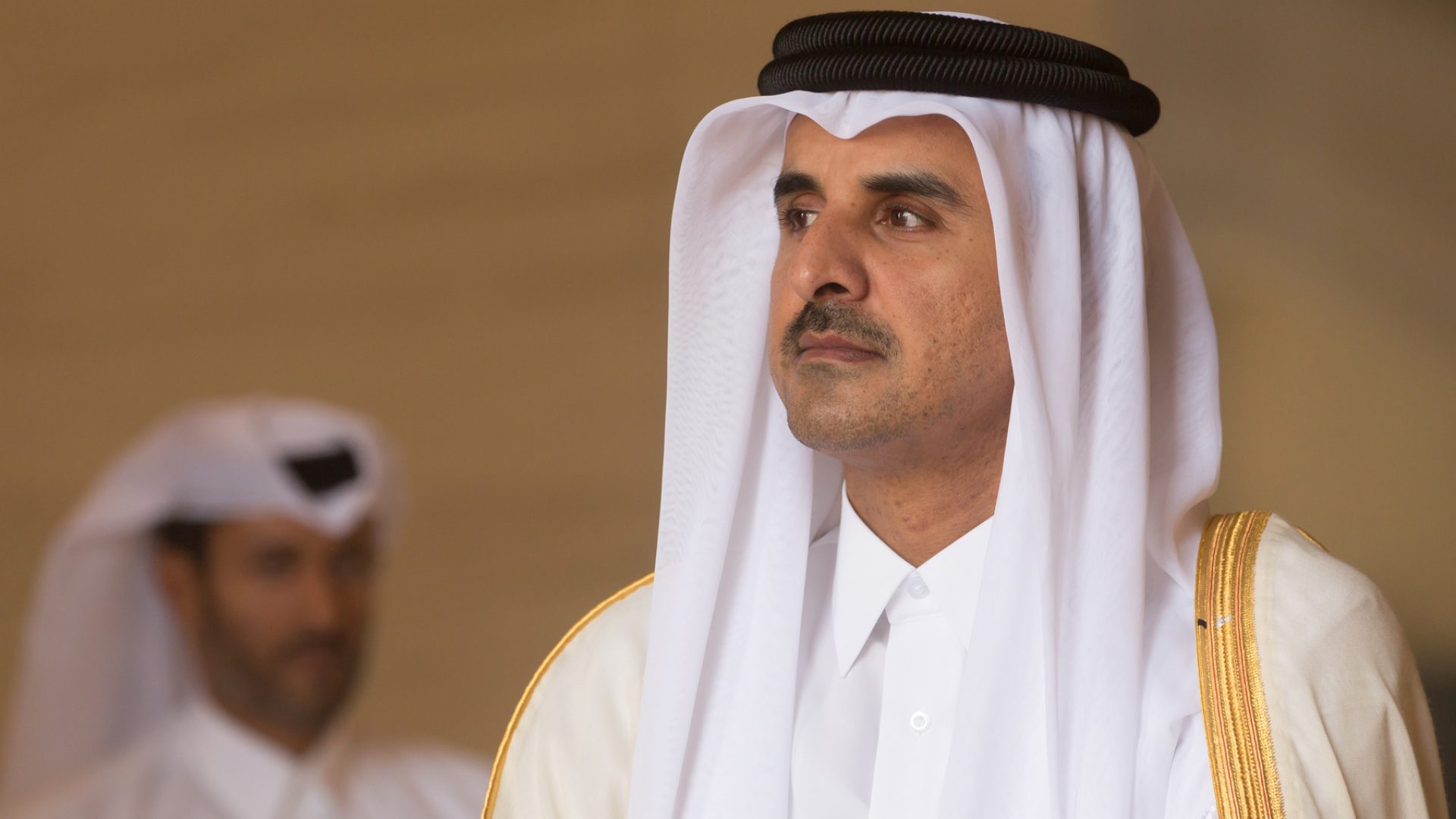 With the government and political system in Qatar being significantly different to what expats are likely used to in their home country, they may experience something of a culture shock when moving there.

With this in mind, it is important to get to grips with how politics work, including the structure of the government in Qatar, the electoral system, and voting rights. This guide includes the following:

Government and political system in Qatar

Qatar has come a long way from its roots as a British protectorate to become the wealthy state it is today. It has made the most of the substantial proceeds of its oil and gas industries to gain a reputation on the world stage.

Qatar is technically a constitutional monarchy, but in reality, the ruler (the Emir) possesses executive power to approve or reject the legislation. The Emir appoints his own Prime Minister (which is usually a family member) and the members of legislative bodies. Ultimately, he has the final say on any laws.

Qatar doesn’t hold elections to select the Emir or Prime Minister, but the public instead takes to the polls to vote for the members of the Central Municipal Council (CMC). This 29-strong council (one member for each constituency in the state) can advise the authorities on local affairs but doesn’t possess any legislative powers.

The Qatari Emir and Prime Minister: who is currently in power?

The Al-Thani family has been in power in Qatar since the 1800s. Sheikh Tamim bin Hamad Al-Thani was named Emir of Qatar in 2014, when his father, Sheikh Hamad Bin Khalifah Al-Thani, stepped down from the role. Tamim was educated in Britain and attended Sandhurst, the famous military academy.

The Emir’s role is wide-ranging, from convening the Council of Ministers and appointing diplomatic personnel to ratifying laws and granting pardons. In reality, the Prime Minister instead oversees some of this day-to-day work.

Abdullah bin Nasser bin Khalifa al-Thani is the current Prime Minister of Qatar. The Prime Minister’s main function is to preside over the sessions of the Council of Ministers, with the aim of achieving unity between the key departments of government in Qatar. It is the Prime Minister who signs decisions on behalf of the council. He then submits these to the Emir for approval.

The role of Prime Minister of Qatar can be a perilous one, with the Emir having the power to sack and replace ministers as he pleases.

The electoral system in Qatar

Political parties are banned in Qatar. The country’s first-ever legislative elections took place in October 2021, to elect 30 members of the 45-seat Shura council. This council takes an advisory role and has limited power on defence, security, economic, and investment issues.

The Shura elections should take place every 4 years, but these have been postponed in the past.

Since 1999, Qatari citizens have been allowed to vote in municipal elections for members of the CMC. The elections are open to all citizens aged 18 or over, with the exception of members of the police and armed forces.

The emir himself appoints the prime minister and cabinet members. He also chooses his successor with the aid of the ruling family and other elites.

The political history of Qatar

Bahrain once controlled Qatar, but after a war in 1867, the British instead installed Muhammad ibn Thani al-Thani as the region’s ruler. This resulted in an unbroken run of Al-Thani family members that continues today.

The Emir successfully defended Qatar against the Ottoman Turks in 1893. Surprisingly, however, he agreed to allow Qatar to become a British protectorate in 1916.

The most significant change came with the discovery of vast stocks of oil in the 1940s. This brought unprecedented wealth to the country. To date, around 85% of the state’s export income comes from oil. The result? One of the highest income per capita levels in the world.

In the early 1970s, Qatar was slated to join neighboring states in becoming part of the United Arab Emirates. However, along with Bahrain, it rejected this opportunity and instead formed an independent state.

A big moment of upheaval came in 1995 when Crown Prince Hamad bin Khalifa al-Thani deposed his father. Afterward, he brought in a series of more progressive reforms. These included introducing democratic elections in 1999 and allowing women to vote.

Read our Guide to women’s rights in Qatar

In 2005, Qatar introduced a constitution for the first time, promising freedom of expression and religion for its citizens.

The first general election in Qatar was held in October 2021.

According to Freedom House, the judiciary is not independent in practice, and many judges are foreign nationals with temporary contracts.

In recent years, some of Qatar’s political practices have become increasingly modernized and aligned with the western world. The state is attempting to use a diplomatic approach towards resolving its various border disputes. At home, The Emir has focused on trying to diversify the economy and improve infrastructure.

In recent years, Qatar has increasingly become a player on the world stage. It will host the football World Cup in 2022 (a move that has sparked criticism over the rights of migrant workers).

The World Cup preparations have seen Qatar look to build its way to further economic success. The new city of Lusail, located near Doha, lies at the heart of the changes. The city will eventually accommodate as many as 200,000 people at the heart of a $200 billion infrastructure development program.

Despite indications of a more tolerant attitude, the government keeps a stronghold over TV and the internet. The state-owned broadcaster Al-Jazeera avoids any criticism of the state or government in Qatar.

Internet filters block any pornographic material or material deemed to be offensive to Islam. In the 2021 Worldwide Press Freedom Index by Reporters without Borders, Qatar came 128th out of 180 countries.

There are signs that public attitudes towards politics in Qatar are changing. A study on media use in the Middle East shows that more residents felt able to discuss politics and criticize the government during the 2017–2021 blockade on Qatar.

Political tensions and politics in Qatar

Despite its economic success at home and on the world stage, Qatar recently underwent one of the biggest crises of its history. In June 2017, four of its neighbors – Saudi Arabia, Bahrain, Egypt, and the UAE – launched a blockade on Qatar. Behind the blockade stood accusations that the country was sympathetic towards what they considered to be terrorist groups.

The blockade was significant in that around 60% of Qatar’s imports came from countries that refused to trade with the state. Qatari citizens were also ejected from neighboring countries. It finally came to an end in 2021 through diplomatic mediation.

Aside from these regional issues, Qatar has faced criticism on the national stage over its poor treatment of migrant workers. Many thousands of migrant workers have died in the country since 2010. This sits awkwardly in a country that harbors an all-encompassing welfare state for most of its residents.

The state of the economy in Qatar

Since gaining full independence in 1971, Qatar has become one of the world’s richest countries because of its substantial oil and natural gas reserves. The Emir has focused on improvements in infrastructure, health care, and education. He has also aimed at expanding Qatar’s manufacturing, construction, and financial services sectors.

There’s no doubt that local tensions have harmed Qatar’s economic prospects and business sentiment. However, the economy should see a boost from the continued investment and the upcoming World Cup.

The 2021 Index of Economic Freedom ranks Qatar 44th freest in the world, with high scores for government integrity and monetary freedom, but lower scores for property rights and government spending. 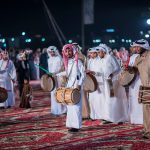 Culture and social etiquette in Qatar