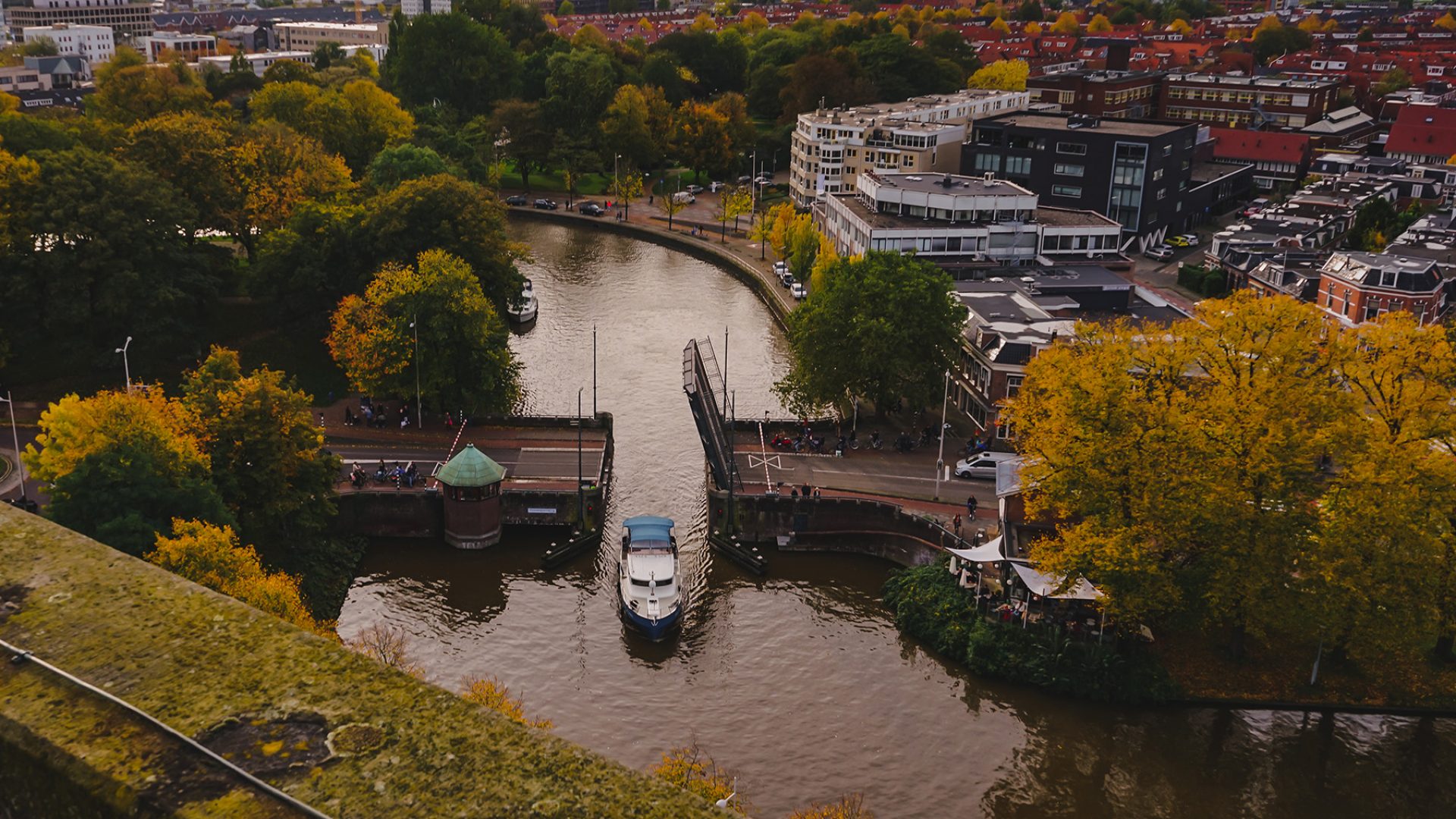 Where to live in Leeuwarden

Home Moving to the Netherlands Where to Live Where to live in Leeuwarden
Last update on June 18, 2021
Share

Leeuwarden offers an affordable and comfortable lifestyle in a beautiful old city to live in, all surrounded by green spaces and waterways.

Leeuwarden was founded along the shores of the Middelzee in the second century AD, and is around 2 hrs 20 minutes from Amsterdam by train, or 1.5 hours by car. Originally a farming centre, Leeuwarden enjoyed good trade relations until the 15th century when the waterway silted up, effectively stopping all trade by boat. In 1435, Leeuwarden was granted town-rights, becoming the capital city of the region in 1504. At this time the central government and jurisdiction settled here and the city became the residence of the Frisian stadtholders.

Today Leeuwarden is the administrative, economic, educational and cultural heart of Friesland (625,000 inhabitants), which has its own language:  Stadsfries or Stadfries – a mixture of Hollandic dialect vocabulary and West Frisian grammar.

The city is the centre of local government; home to financial services (including Friesland Bank) and insurance companies (Achmea and Aegon); and has a growing creative industry based on ‘Serious Gaming’. Other important industries in the area include metal processing, water technology, and agricultural-nutritional business (Koninklijke Friesland Foods NV).

Leeuwarden accommodates a number of highly respected universities of applied science (HBO) including the Noordelijke Hogeschool Leeuwarden, Van Hall Institute and Stenden University. There are also campuses for Wageningen University, Rijksuniversiteit Groningen, and Universiteit Twente. With the inclusion of the two MBO schools, Friese Poort and Friesland College, Leeuwarden has a student population of over 30,000.

Throughout the centuries Leeuwarden has been a source of intriguing characters in literature, science and politics.

Other notable locals range from Maurits Cornelis Escher (1898-1972) one of the world’s most famous graphic artists – to the relatively unknown, Titia Bergsma, the first Western woman to be allowed into sealed-from-the-inside Japan. Ironically, she is more famous in Japan than in the Netherlands.

With property prices considerably less than the Dutch national average, Leeuwarden is an ideal place for young families and first-time home-buyers. Friesland does not have such large expat communities as seen in the Randstad, so moving to the area may initially seem isolating. What makes the area enticing is more space at an affordable price in a child-friendly environment (with more than 40 primary schools) as well as the beautiful surrounding countryside.

Where to live in Leeuwarden

As with many Dutch cities, Leeuwarden Centre has the charm of old homes set on old streets and canals.   The centre has been renovated over the past 25 years, giving the city a cleaner, and more spacious feel.  There are three cinemas, a beautiful library with a good selection of English books, and a plethora of bars, cafes and restaurants (although many are aimed at the student market).  Naturally, living in the Centrum also increases your chances of English conversations while you are still learning the Dutch language.

The northern suburbs offer easy proximity to most water-sport activities, especially sailing and rowing.  Suburbs that are within two kilometers  from the centre of Leeuwarden include the Liberty District (popular with students); Oldegalileën (homes from the 1930s, and residential mix of young and old); Rengerspark (includes a beautiful park, university campus and stately homes); Bloemenbuurt (diverse, colourful neighborhood with lovely 1930s houses); Transvaal (upmarket and desired area); and Boniface (expensive houses including large villas with gardens. Popular with families).

According to estimates of property values (WOZ) in the east of Leeuwarden, there is a variation of almost 100 percent between the Indian neighbourhood (close to the Cambuur football Stadium, with a range of housing dating from the 1930s–1960s) and the suburb of Camminghaburen (spacious homes on large lots built in the 1980s and 1990s). Also upscale and close to the city centre is Orange District (Dutch mansions built around 100 years ago) and Tulpenburg (accommodation more suited to singles and couples, including some converted warehouses).  Established, and less expensive areas with a full array of interesting services are Welgelegen and Zeeheldenbuurt.

Many families choose to live in the western regions of Leeuwarden, especially in the more affluent areas of Helicon, Westeinde and Vosse Park. These areas offer spacious homes in green neighbourhoods. Similarly, Vogelwijk is a green residential area with homes dating back to the 1930s (for both the young and old). Singles prefer Sonnenborgh and students tend to find cheaper accommodation in the Valerius Quarter.

The suburbs of Wielenpolle (long-stay Dutch residents), Julianepark (large 30s style houses popular with families) and Huizum (well-maintained houses and gardens close to the city centre) are sought after by first home buyers looking to settle down. If you are looking for a condominium with views, maybe head to the historical area of Nijlan (favoured by older residents). Further from the city centre are the districts of Zuiderburen which offer large, newer homes (waterside, so perfect if you need to park your boat nearby), and Techum (houses on large blocks – on what was previously an area of small farms).