Home Moving Abroad Where to Live The top 10 cheapest places to live as an expat
Last update on May 03, 2022
Share

You dream of living abroad, but don’t think you can afford it? Your wanderlust may not need a reality check after all. Consult Expatica’s list of top 10 cheapest places to live for expats; we did the math so you don’t have to.

Which are the world’s top 10 cheapest places to live as an expat? And what’s life like there? After reading yet another listing of the most expensive cities for expats, we got to thinking about where your euro – or rupee or dinar – goes further. You could always pick a destination based on how easy it is to learn the local language, how willingly immigration authorities will grant you a work visa, or what the startup climate is like. Or you could take a more calculated approach, which is exactly what we did.

So, we took the aggregator website Numbeo’s cost of living ranking for different places and cross-referenced that against what expats had to say about life there. If you’re ready to embrace the adventure, then, there’s plenty of choice for a cheap life, where you can work enough (perhaps working remotely) to pay the bills, stash some cash, and maybe even afford a cleaning service.

Without further ado, then, here’s the list of most budget-friendly places to enjoy the good life, compiled relative to New York City, one of the most expensive cities on the planet.

As expat experiences go, few destinations could be more rewarding than South Africa. With its favorable climate, laidback lifestyle, and diverse society, South Africa benefits from both the climate and the people being warm. Plus, the exchange rate works in most expats’ favor, with SAR100 working out to about US$6; that positions South Africa as the ideal jumping-off point into the rest of the continent. What’s it like to live here? Including rent, consumer prices in South Africa are just a tenth of what you can expect to pay in the United States, so be quick to snap up any job offers that come your way.

Fun fact: South Africa is home to the world’s longest wine trail. Route 62 stretches 850 kilometers between Cape Town and Port Elizabeth; it embraces 350 years of winemaking and some 200 cellars. You’ll certainly find plenty of opportunity for some very fine tipples.

Check out our guide to moving to South Africa.

Few places afford the sort of freedom and adventure that Russia offers, with its expansive outdoors and unspoiled nature. With centuries of history, unparalleled achievements in the arts, and a unique culture that bridges oriental and occidental philosophy, life in Russia has much for expats – Russia has plenty to do beyond the vodka-fueled nightlife! The OECD Better Life Index reports an improved quality of life in the Russian Federation over the past decade; Russia scores above average in social connections and work-life balance, although personal well-being, income, and healthcare remain below average. Nevertheless, life in Russia is extremely affordable when compared to most Western countries, making it one of the cheapest places to live: Moscow is 59% cheaper than New York, and 47% cheaper than Paris.

Fun fact: Celebrating a birthday with friends at a restaurant in Russia? You’ll be expected to foot the bill, contrary to some other cultures. As expat New Yorker Marco North writes: “Your guests have one responsibility – to enjoy themselves and wish you well. As they like to say in Moscow, ‘It’s very democratic.’”

Check out our guide to moving to Russia.

Here’s looking at you, kid: Morocco

With its endless sunshine, flavorful food, and labyrinthine souks, living in Morocco can seem like an eternal vacation. The North African country has long been an expat haunt; the designer Yves Saint-Laurent was famously smitten by Marrakech, and his home in the medina welcomes close to a million visitors a year. Expats consider Morocco an easy country to settle into; it has a better than average work-life balance and security, with transport conditions rated better than in the United States.

Fun fact: You’ll probably be disappointed to find that Rick’s Café Américain, as portrayed in Casablanca, was created on a set in Los Angeles. But fret not; an American diplomat created her own version of the café, inspired by the iconic film. Kathy Kriger died in 2018, but the café continues to attract tourists, expats, and locals alike.

Life’s a beach: the Philippines

With over 7,000 islands, it’s easy to have a life that revolves around beaches, diving, and water sports in the Philippines. Although the archipelago is home to several diverse cultural groups (and 185 languages), a large part of the population speaks English; you’ll have no problem getting by. Living is inexpensive, with rent prices a mere 78% lower than in the United States; the total cost of living is about 65% cheaper.

Fun fact: A man’s haircut can cost PHP100 (about $2), including trimmed eyebrows and mustache and an ice-cold beer, according to Bob Martin, an American who lived in the Philippines for 19 years.

The spice island has emerged as an expat haven in recent years. That’s thanks to a growing economy that attracts professionals working in tourism, education, and social services. A beachfront life with great Internet, fantastic vegan food, and the chance to volunteer at an elephant orphanage? Sri Lanka offers all these and more at prices that are close to 65% lower than in more developed countries.

Fun fact: Cash is still the dominant form of payment in Sri Lanka, where a significant percentage of the population is unbanked. Even those with access to mobile banking services prefer physical transactions over digital ones, says British expat blogger Eva Stone, who has lived in Sri Lanka since 2008 and has written several books about the experience.

Call of the wild: Colombia

As one of the most biodiverse places on the planet, Colombia is a veritable haven for nature lovers. Don’t quite fancy the Pacific Ocean? Calm down by the Caribbean Sea instead. Prefer the mountains? The majestic Sierra Nevada de Santa Marta mountain range sits a mere 42 kilometers from the coast. Think you should Instagram the jungles? You’ve also got two very different choices: the Darien Gap in the west and the Amazon in the east. Amid all that nature live friendly and amiable people who are happy to welcome foreigners into their country. Best of all, you can have that life at about 35% of what it would cost in the United States, a fact that goes a long way to explain why so many Americans choose to retire in Colombia.

Fun fact: Anyone who lives in Colombia quickly learns to tell counterfeit money from the real thing. There are, unfortunately, plenty of scams aimed at parting unsuspecting victims from their hard-earned cash. Learning to tell the difference is an important skill for anyone.

Into the great wide open: Kazakhstan

Need to find your Zahir and want to explore the expansive steppes? Or perhaps you’ve heard about how Astana is the new Dubai and have a job offer there? Tourists are still few and far between in Kazakhstan; that said, a significant community of expats makes their home in the Eurasian nation, thanks to vast oil reserves. Sure, Astana is one of the world’s coldest capitals; only Ulaanbaatar has a lower average annual temperature. But the Kazakh people themselves are warm and affable; any expat posting guarantees memories for a lifetime. Surprisingly, your great adventure won’t cost that much: compared to New York, living costs in Astana are about 78% lower.

Fun fact: To really get to grips with life in Kazakhstan, you’ll want to acquire a taste for kumis. The pungent and salty drink made from fermented mare’s milk is the ultimate Kazakh delicacy. Locals prize it for its healing, nourishing properties.

Home on the range: Georgia

Outstanding natural beauty, mountains, and beach in one day, a bridge between east and west, wines made from hand-harvested grapes, gracious hospitality. If that sounds like we looked up a list of clichés, well, Georgia is all that and more; any expat who’s made their lives in the country will tell you that. Better yet, it’s one of the cheapest places to live in, ranking ninth-cheapest in the world, although Tbilisi is naturally more expensive than other cities, such as Batumi. Numbeo contributors say your grocery bill will only be about 35% what it would be in the United States.

Fun fact: In 2010, Georgian President Mikheil Saakashvili announced he wanted to recruit 10,000 expat English teachers so his compatriots could learn the world’s lingua franca. Many young Americans came for up to a year, and were introduced to quaint customs such as courtship, according to blogger Neal Zupancic.

The shifting sands of life: Egypt

Who wouldn’t want to wake up to a view of the pyramids? You might not be able to do that on the cheap (and Egypt is more than just Cairo, after all). But living in Egypt is certainly rewarding on the pocket and is certainly one of the cheapest places to live. Sure, you’ll have plenty of traffic and your garbage won’t be cleared as often as you’d like, but you’d only be spending a quarter of what you would as a US resident. Add in year-round sunshine, superb food, and enriching cultural experiences around every corner; you don’t need another reason to think about moving to the land of the pharaohs now!

Fun fact: Rules aren’t explained or delineated in Egypt, but breaking them brings punishment, says farmer and American-Canadian blogger Maryanne Stroud Gabbani, who moved to Egypt with her Egyptian-Canadian husband in the 1980s and has lived there since. As a result, life is often a series of random occurrences; the same actions may not always invite the same reactions!

We can see you rolling your eyes, but despite the bad press and government warnings, Pakistan has plenty to offer the adventurous expat: from friendly and good-natured people to stunning landscapes to keep your Instagram feed abuzz (not to mention amazing food). The Himalayan nation is also the world’s cheapest places to live, with your living expenses only about 20% what they’d be in the United States, and your average rent bill a mere 10% to rent a similar home.

Fun fact: There are excellent cheeseburgers to be had in Pakistan, according to American blogger Sara Sullivan, and no, they’re not from McDonald’s.

Has the bug hit you yet? Check out our guide on how to fund your travel lifestyle and start packing. 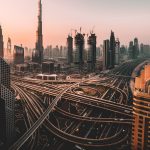