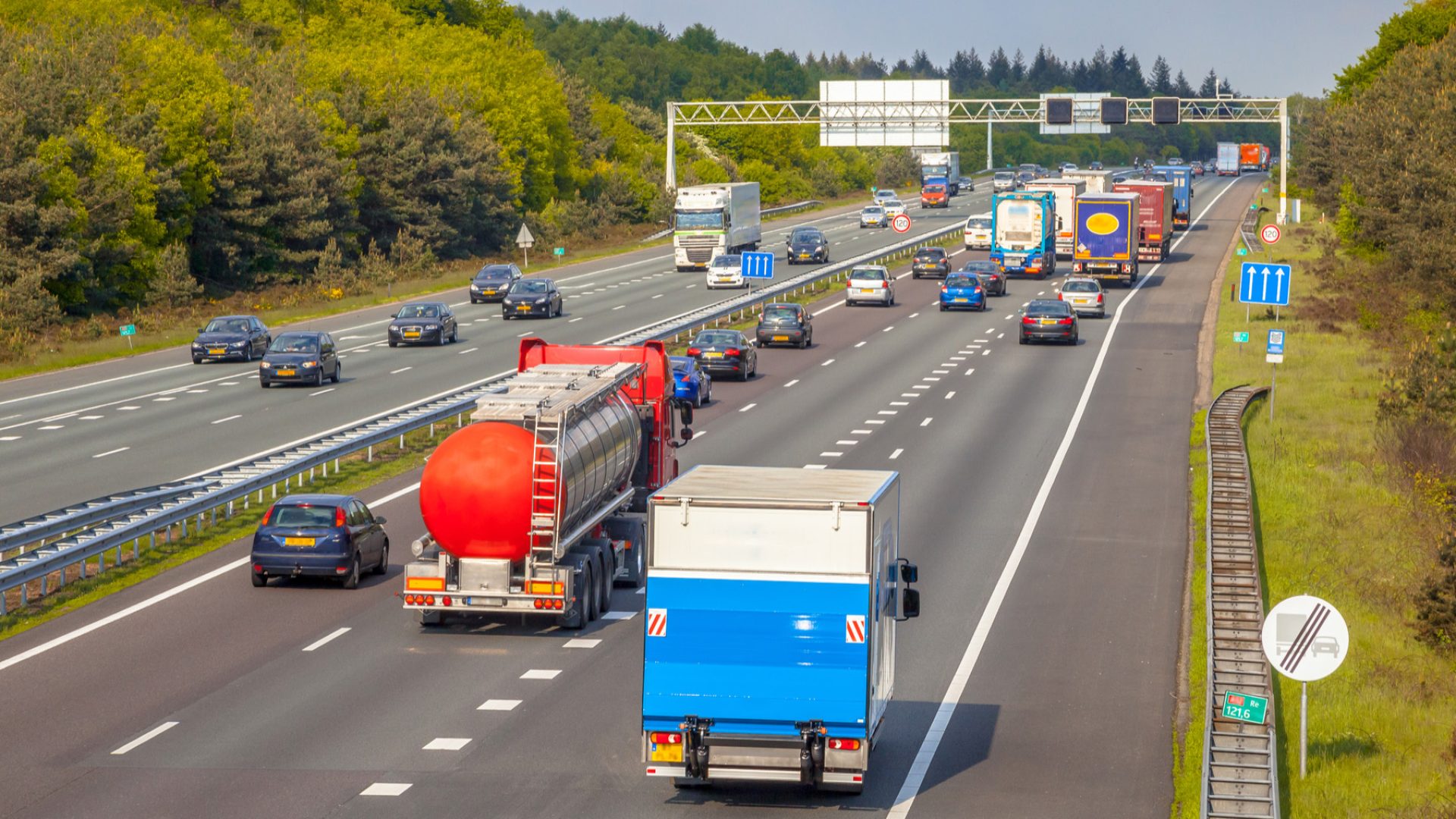 European guide to traffic laws and rules of the road

Before driving in Europe, make sure you know road rules and that you have adequate car insurance and documents.

People working and living in Europe might be doing business in various countries with lots of travel to and from those countries. If you’re not planning on taking the train, knowing about various European traffic laws can help keep you safe behind the wheel and avoid costly fines.

One near-universal rule is in regard to driver’s licenses. In general, drivers must have a European Union or international driver’s license; requirements for Britons driving in Europe or EU citizens driving in the United Kingdom might change due to Brexit. Drivers must also have proof of registration and insurance. Anyone driving in Europe needs to get comfortable with the concept of roundabouts, circles in which traffic flows in one direction. Drivers already in a roundabout always have the right of way, while drivers seeking to enter a roundabout have to yield. For drivers not used to roundabouts, the pressure comes when it’s time to exit. Knowing your exit the first time you drive in a particular roundabout isn’t always easy to figure out. But don’t worry: you can just keep driving in the circle until you figure out the right exit.

Some other key information to know is that many European countries require drivers to have their headlights on when driving, day or night. Some require having spare bulbs for headlights, and safety kits in cars. When it comes to children, most countries require safety seats for kids three and under, while some require all kids under 12 to sit in the back. Some countries allow younger kids to sit in the front with a booster seat.

While many laws are basic and rooted in common sense, there are some unique rules. Depending on which country you’re in, you may need a spare set of glasses, a breathalyzer, or to make sure your car is clean.

To help you in your travels, here’s a guide to driving laws in European countries.

Drivers coming from the right generally have priority; however, buses and trams always have priority. Holding a cell phone while driving isn’t permitted, but hands-free calling is.

At traffic lights, be aware of approaching cars when turning left at a green light. Also, a flashing orange light signals that the driver should pay careful attention. Driving through an orange light that burns continuously is forbidden.

The driver and all passengers must wear seatbelts. Also, be aware of no cruise control zones, which are marked with round signs and a red line through the phrase ‘cruise control’.

Drivers in Belgium also are required to have a fire extinguisher and first-aid kit in the vehicle. This is not required for vehicles registered outside of the country.

Driving in France is pretty straightforward and fits in with most European nations. One key thing to be aware of is France’s priorité à droite, which is signified by a black cross in a white triangle with a red outline. It means that traffic from the right driving into your road has the right of way and does not have to stop, but you do. This is particularly important to be aware of in rural areas.

One unusual rule for France is that drivers are required to have a breathalyzer in the car. Some other rules to keep in mind are that mobile phone use while driving is prohibited with no exceptions for hands-free use. Right turns on red lights are not allowed. All passengers must wear seat belts, and children under the age of 10 must sit in the back. Foreign vehicles must display a sticker indicating the country of origin. Horn honking is illegal in cities unless it’s to avoid an imminent collision.

The rules in Germany are pretty basic. One thing to be aware of is the country’s environmental green zones. It is required that all vehicles, even foreign-registered vehicles, display an environmental badge in order to drive through these zones. Passing in moving traffic must be done on the left. Passing on the right is allowed only in stationary traffic.

Other laws to be aware of: driving with headphones is illegal, and mobile phone use is allowed only with the use of a hands-free device. Germany also is famous for its autobahn highway system. These highways have no federally mandated speed limits for some vehicles, but that doesn’t mean drivers can drive at any speed they want. Speed limits are established in urban areas, areas with sub-standard road conditions, or areas that are accident-prone. Limits also exist in construction areas. Limits also are set for certain weather conditions, and those are strictly enforced.

Signs with an upside-down red-and-white triangle indicate that you do not have the right of way. Right turns are never allowed on red lights. One of the most common fines novice drivers receive in Italy is by entering pedestrian-only roads, which are often marked with signs reading zona traffico limitato or area pedonale. Making this even trickier is that many GPS systems don’t know these roads are only for pedestrians, so do your research.

Know that when renting a car, it may be difficult to rent an automatic, so make your reservations as early as possible. Road signs often don’t include directions, and instead use cities as an indicator as to which direction a driver is headed. Speed limits often are enforced with cameras, with the fines going to your rental company, which will add the fine total to your credit card.

Luxembourg is known for its high-quality roads and a network of motorways that are toll-free. Passing must be done on the left. Hands-free mobile phone use is allowed. Driver and all passengers must wear seatbelts. Stop and yield signs are rarer in Luxembourg than in other countries. Horns are only used in emergency situations.

Traffic laws in the Netherlands

The rules here are pretty standard: Passing must be done on the left; mobile phone use is allowed only with a hands-free device — just holding a phone, even if it’s not being used, is illegal. The driver and all passengers must wear seatbelts. Drivers should be aware of cyclists, and know that two cyclists can ride abreast of each other. Vehicles coming from the right have priority, and buses have priority when pulling out. Trams have priority, except where noted.

Portugal is considered by many to be one of the more difficult countries to drive in, and its high rate of accidents supports that notion.

Passing on the right can result in a fine of €1,000. On motorways with three lanes, the center lane is for passing. Failing to stop at a stop sign also can lead to a high fine. All mobile phone use is punishable with a fine of €600. Keep in mind that fines can be collected on the spot.

Drivers also are required to have a reflective jacket and a warning triangle, both of which are to be used in the case of a breakdown. Know that the roads in Portugal are not well-lit, and drivers of motorized vehicles share the road with other users.

Expats in Russia often find driving in the city a major factor as they adjust to life in their new home. Russian roads are big and busy, and there is heavy traffic congestion. Keep calm in traffic; Russian drivers are used to bad traffic, and tend not to get frustrated with it. It’s common to see people eating, putting on makeup, reading, using their phones, and even flirting while stuck in traffic.

Some laws to be aware of are that drivers must be at least 18 years old. Crossing a double white line is prohibited. Turning right on a red light isn’t permitted without a green arrow light. It is illegal to pick up hitchhikers. Driving a dirty car, especially when the license plate is covered by mud, can result in a fine.

Drivers in Spain must have two approved red warning triangles in the event of an accident, in addition to reflective jackets that must be worn by anyone outside the vehicle on the side of any highway. Jackets should be kept in the car, not the trunk, so that they can be put on before getting out of the car. These jackets are readily available in stores. Drivers who wear glasses must have a spare pair.

In some Spanish cities, parking is allowed on one side of the road, and the side parking is permitted, changes from day to day. All mobile phone use is prohibited, and passing must be done on the left in most cases. Spain also has very strict drinking and driving laws.

Switzerland has a reputation for quality roads, and its laws are pretty basic. The most important thing to be aware of is that use of toll roads requires a sticker, known as a vignette. They cost CHF 40 and allow drivers unlimited use of toll roads. Keep in mind that a vignette is required even if you’ll be driving only once on one toll road.

Switzerland requires that cars have a warning triangle to display in case of an accident. Drivers who need to wear prescription glasses are required to have a spare pair in the car as well. Mobile phone use is forbidden and all passengers are required to wear seat belts. Fines can be given on the spot.

Traffic laws in the United Kingdom

The big rule here, which can be an adjustment for many drivers, is that driving is done on the left side of the road, with passing done on the right. Other driving laws are fairly basic. Other examples of laws include never turning on a red light, and not blocking a central reservation at a junction, even if you have a green light. Roundabouts are common on British roads. Cell phone use while driving is prohibited, and the driver and all passengers must wear seat belts. Horn use is forbidden in urban areas overnight between 23:30 and 7:00.

Other helpful resources include:

While understanding European traffic laws is worthwhile, it’s important to have borderless coverage. In addition to physical damage and third party liability, make sure you are covered against political violence and other catastrophes. Clements Worldwide provides comprehensive international car insurance across 170 countries with worldwide liability protection. You can easily obtain a quick quote for car insurance. 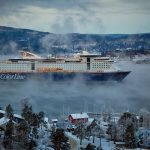 Ferries to Europe: crossing the English Channel by boat 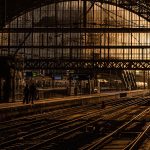 On the rails: 6 tips for taking the train in Europe