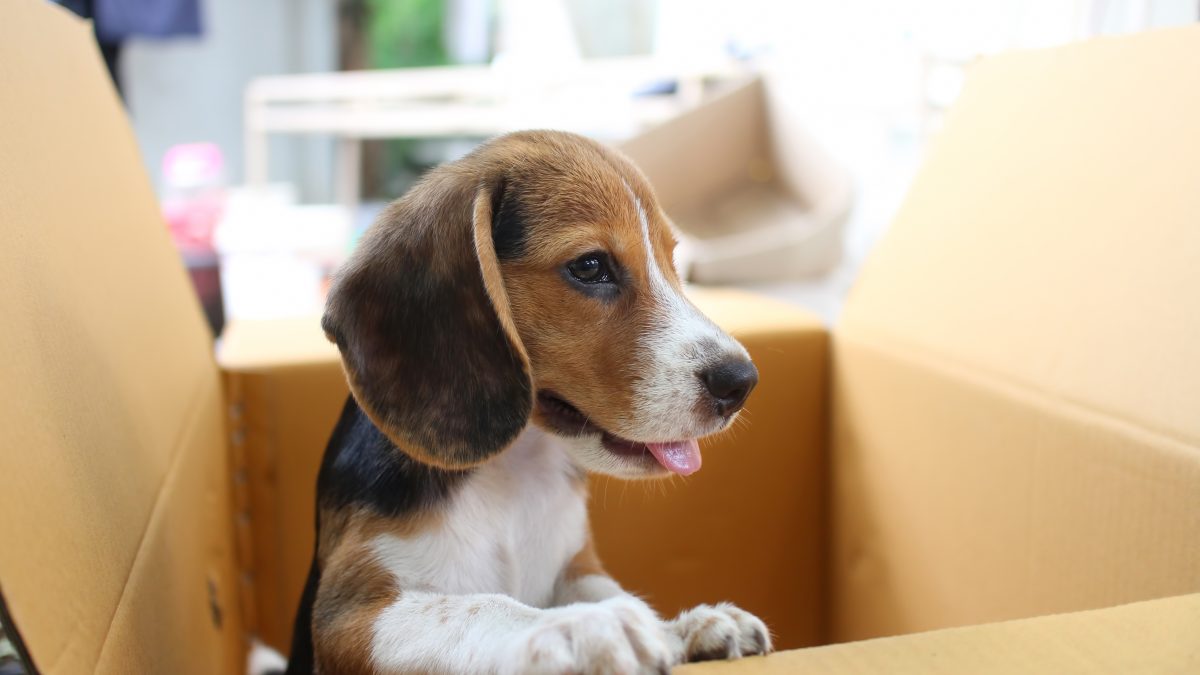 One of the biggest challenges of having a dog in Paris is finding a decent pension (boarding facility). Luckily for dog owners, Franco-American entrepreneur Francesca created City Canine, one of only two dog-boarding facilities in Paris intramuros (inside the Périphérique).

Francesca’s original vision was to create a doggy day care, a model that has been quite successful in the US. However, two things quickly became apparent. First, there was a significant need for overnight boarding in the city of Paris. Second, the French couldn’t quite see the point of paying for their dogs to spend time with other people and other dogs when they could just stay home for free.

So Francesca had to adjust to accommodate her market.

Francesca, a US-French citizen and fluent French speaker, was born and raised in the US. She moved to Paris at age 24, expecting to spend only a year in the city. Fourteen years later she was still in Paris and opening City Canine.

Despite her dual nationality, fluency in French, BA degree from Yale and an MBA degree, Francesca had a hard time finding funding in Paris to launch her small business.

She explains that the “doggy day care” concept was unheard of in Paris at the time. French banks and investors, being more reluctant to invest than their US counterparts, prefer to finance tried-and-true business models.

However, with typical American tenacity, Francesca expanded her search and was able to obtain funding from Swiss and Dutch investors. Once she found her space and was ready to open, Francesca had to get her facility certified, which meant getting the approval of the French veterinary service.

One of the major obstacles she had to overcome was that the rules for pensions require that dogs be kept in cages. Originally, Francesca had envisioned a cage-free facility where dogs could interact with staff and each other during the day (similar to the US).

She had to be creative, and the secret was to provide a dossier. Apparently, if you can present a stack of material supporting your plan, the French authorities are more likely to let you bend the rules.

Francesca has faced other challenges with the French attitude towards doggy day care. When she first opened City Canine, French customers were scandalized at her rates. Francesca repeatedly had to explain to potential clients the qualifications of the staff and the high-quality care of the animals, and a gentle reminder about gently remind them about renting a 150 square metre shop in the 15th.

Francesca also had a baby, and as a small business owner she had no right to paid maternity leave, nor could she get a bank loan to cover time off.

Francesca emphasizes that it takes real passion and dedication to start a business in France. She spent every night at the facility for the first year after opening the business, though now she pays a staff member to be there. In its third year the business is in the black, but Francesca still doesn’t pay herself a salary.

When asked why she had put herself through all this, she replied it’s because she loves to see happy dogs; Francesca has a Cavalier King Charles, and she wants the people who love their dogs to be happy, too.

What sets City Canine apart from all the others? Its founder cares as much about her boarders as she does about her business. All of Francesca’s staff are certified dog trainers, and someone is constantly on site.

Unlike at other French pensions, the dogs receive four walks a day at a nearby park. Owners can bring their dogs’ bowls, beds and favourite toys for their sleepovers.

Francesca has a rigorous screening process where each new dog is at first introduced to a single female, then a single male, and then a mixed group. If the dog passes the “sociability” test it is welcome to stay.

City Canine offers extras, like training for kids to teach them how to interact with dogs. According to Francesca, at the less-expensive pensions outside Paris, dogs are in cages the entire time, and are fed communally (with little attention paid to whether they get bullied out of their dinner).

Francesca says it’s not surprising that about 60 percent of City Canine’s clients are American or British. The French, she says, don’t consider animals to be members of the family to the degree that Anglo-Saxons do; because of this, they’re less willing to spend money to pamper their dogs.

In her experience, many French dog owners are also unwilling to spend time training their dogs, which she thinks may give some insight into why France has the highest rate of abandoned pets in Europe.

Being an American with a French husband (and a little mutt I adopted from a French shelter), I can confirm that we think and feel differently about our dogs, but I don’t think it’s entirely a question of sentimentality. It’s just practical, and we Anglo-Saxons are nothing if not practical.

Dogs are pack animals, and when they have to be away from the rest of the pack (us) it’s scary and stressful. In my view, we owe it to them to make separations as comfortable as we can. Bringing a pet to France