This guide explains what you need to know about the French social security system: who has to pay, how much, what is covered, and how to claim your benefits.

There are five main elements to the French social security system:

Who pays French social security and what benefits apply?

Employees and social security in France

Most employees receive coverage for sickness, maternity, paternity, and family benefits under the compulsory general scheme. Financing for this comes mainly from contributions and tax deductions from earnings. Employees and employers share the burden for these costs and a network of government organizations manages them. The general scheme basic pension also receives supplements from other pension schemes. All wage earners also receive coverage from an unemployment scheme that employers and representatives of employees manage. If you are an employee, your employer also arranges for you to join the social security, unemployment, and supplementary pension schemes.

Freelance workers receive coverage from a compulsory basic and supplementary scheme for health, family allowances, and pensions. However, this is not the case for unemployment or sick pay; you need to take out separate cover for that.

If you are a freelancer, you must register for social security with the Union de Recouvrement des Cotisations de Sécurité Sociale et d’Allocations Familiales or URSSAF. They automatically enroll you with the various funds that in turn send bills for your contributions.

You can contribute to retirement and invalidity funds through the Caisse National d’Assurance Vieillesse des Professions Libérales or CNAVPL.

If you are a student under 28 on 1 October of any year and come from a country in the European Union (EU) or Switzerland, you can use your European Health Insurance Card to register with your local Caisse Primaire d’Assurance Maladie (CPAM) and be reimbursed for healthcare expenses.

For students under 28 (1 October rule) from outside the EU, you must register with the student social security scheme at your university or through a fund such as La Mutuelle des Etudients (LMDE).

Anyone over 28 on 1 October of any year, whatever your country of origin, if you’re coming to study in France for more than three months, you must register with the general social security scheme through your local CPAM. You can find your local caisse here.

Some countries have reciprocal social security agreements with France. Check with the authorities in your home country to see if what applies.

There are several main branches:

To claim benefits, you must pay a certain amount in contributions or worked a specific amount of hours. So, you must have at least worked for:

You can get supplementary health insurance through your employer or through a mutual or provident fund or insurance company. It may be possible to get a grant to contribute to the cost of a mutual or private insurance plan. If you are on a low income, you can get help with costs through the Universal Health Insurance Coverage (CMU and CMU-C).

Health and sickness benefits in France

Under the health insurance system, you and your dependents can claim healthcare reimbursements and sick pay.

Under the French healthcare system, most adults pay a proportion of the cost of medical treatment and medications, as well as a flat rate charge for consultations with a doctor and certain tests, and reimbursements of a percentage of the cost of prescriptions; in fact, around 75 to 80% of in-patient costs are reimbursable.

To claim sickness benefits, get a sick note from your doctor; you can then claim cash benefits from the fourth day of absence from work. The daily amount is equivalent to 50% of the daily wage of the last three months. There are upper limits, however, depending on your circumstances.

You can get daily benefit for longer-term illness for a maximum of three years. You can also claim for compassionate leave to care for a seriously ill family member.

Maternity and paternity benefits in France

Notify the local health insurance fund as soon as possible after confirming the pregnancy.

You are exempt from co-payments and flat-rate charges for all pregnancy-related medical costs from the sixth month of pregnancy and 12th day after birth. Also, you can get maternity benefits as soon as you stop working.

You must take a minimum of eight weeks maternity leave but can take up to 16 weeks. Paternity leave is 11 consecutive days. Adoption is 10 weeks for a single child. To qualify you must have been registered with the social security system for at least 10 months before the expected date of delivery and paid/worked the requisite amount of hours/contributions.

Daily maternity, paternity, or adoption benefit is equal to the daily wage of the three months prior to prenatal leave. This is up to a quarterly ceiling of €9,510 in 2015.

This covers loss of earnings due to non-work-related illness or accident. You may claimed it if you cannot earn at least one-third of your wage earned before the disability.

You must have been registered with the health scheme for at least 12 months prior to stopping work through disability, and worked for at least 800 hours or paid contributions on wages equal to 2,030 times the minimum hourly wage.

How much disability pension you get depends on the level of inability to work, however; the maximum amount of the lowest level of pension is 30% of the social security ceiling (€951).

Dependents of an insured person may be paid a lump sum of €3,400 (in January 2015) in the event of a death. The relative must have been employed and making eligible contributions, doing the equivalent of paid work, a disability pensioner or getting industrial injury benefits higher than 66% during the three months prior to the death.

This provides compensation for work-related disablement or illness. Contributions are paid by employers; amounts vary according to the specific risk in individual workplaces, however.

You don’t have to be registered with the social security system, nor does it matter how many contributions have been made.

Accidents must be reported to the employer within 24 hours who, in turn, must inform the local health insurance fund within 48 hours. A special form exempts you from up-front medical costs and claimants may be paid a full day’s wage for the day of the accident and 60% of the daily wage thereafter up to a maximum of €190.35 per day.

Anyone living in France with dependent children  – legitimate, illegitimate, fostered or adopted – is entitled to family benefits for their children up to the age of 20, if not working/earning under €893.25 per month (or age 21 for housing and family income supplement).

Family benefits are calculated as a percentage of the monthly family benefit base (BMAF), which was in April 2015 €406.21. As of July 2015, these are means tested.

In January 2015, employees paid 2.4% of monthly salary to protect against unemployment. Employers contributed 4% of salaries up to a ceiling of €12,680 month.

To claim unemployment benefit in France you must have been registered with the scheme for at least 122 days in the last 28 months (last 36 months if you are over 50) and be below the minimum retirement age. You must have had your contract terminated by the employer, come to the end of a fixed contract, resigned for a valid reason, or mutually agreed to leave your employment.

You must register with the Pôle emploi (jobseekers service), actively seek work, as well as accept reasonable job offers.

Unemployment benefit pays as a daily unemployment allowance; how much you get depends on contributions and salary level over the previous 12 months up to a limit of €12,680 month. For example, 57% of daily gross salary for a salary of between €2,149 and €12,680.

It is possible to earn a salary in addition to receiving unemployment benefits, so long as the total income from benefits and salary do not exceed the average gross salary earned before registering as a job seeker.

How much pension you get depends on the 25 best earning years on which contributions have been made, the payment rate, and total period of insurance. Depending on the job, it may be possible to take early retirement without a loss of pension.

Learn more about retiring in France

There are supplementary pension schemes as well, which are administered by ARRCO (Association for Employees’ Supplementary Schemes) and AGIRC (General Association of Retirement Institutions for Executives) covering only managerial and executive staff. How much pension you get is points-based, whereby the yearly contributions are converted into points, added up for the total period of insurance and multiplied by the value of the point at the time the pension is calculated. For even more information, see the AGRIC and ARRCO website.

If you are resident and paying tax in France you also have to pay two social security surcharges called the Contribution Sociale Généralisée or CSG, and the Contribution pour le Remboursement de la Dette Social (CRDS). These pay on total income.

A guide to French labor laws 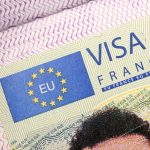 Work in France: a guide to French work visas and permits