Home About France Cuisine The best street food in Paris – and where to find it
Last update on February 17, 2020 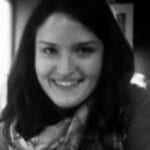 Get your appetite ready to travel Paris’s international street food scene, from gourmet grilled cheese and pulled-pork sandwiches to arepas to the classic French ‘jambon’ baguette.

Strict regulations and a fear of a malbouffe invasion kept Paris from hopping on the street food bandwagon when it rolled into other European metropolises. But that’s all changed. Since the first burger truck revved its engine in 2011, a flurry of mobile munchies and quality takeout has appeared in Paris, to the great pleasure of lunchers in a hurry and diners who want the best of both a picnic and a posh restaurant.

The classic and, until recently, pretty much only acceptable French street food, the baguette sandwich is the go-to casse-croûte of busy office-types and starving students. With a boulangerie on every corner, you’d think finding a decent sandwich would be easy, but la pause déj’ is full of sub-par pitfalls. To taste France’s favourite sandwich, the jambon-beurre, done right, head to Chez Aline where the bread is from the impeccable Landemaine, the butter from a farm in Normandy and the ham straight from the last true producer of jambon de Paris, Yves Le Guel (yes, it’s made in Paris from Breton pork delivered daily).

2. Pastrami sandwich at Frenchie to Go

The problem with great restaurants in Paris is that they fill up fast. But some chefs display their food mastery at more casual offshoots. Gregory Marchand of Frenchie fame opened Frenchie To Go, where hot pastrami sandwiches, pulled pork, homemade fries and chilly craft beers can be devoured on the spot or taken away.

This tiny takeaway counter on the north slope of Montmartre serves up insanely delicious pita-like corn pockets stuffed with chicken, beef or vegetables and a choice of sweet starchy plantains (fried banana), ripe avocado or black beans. The EUR 9 lunch menu is one of the city’s best deals: a silky black bean soup and choice of tummy-busting arepa. Start with a serving of crunchy plantain chips and guacamole, and wash it all down with a cold pucker-inducing cane-sugar limeade.

Just around the corner from the pedestrian thoroughfare rue de Montorgeuil, you’ll find grilled-cheese sandwiches to rival the best your mother ever griddled up. The antechamber to Paris’s cocktail den and rum empire, is a bright, cheery grilled cheese sandwich shop serving a dozen variations on melted cheese and buttery-crisp toast: tuna melt, hot pastrami, pulled pork and, of course, classic cheddar.

No grilled cheese experience is complete without tomato soup, and they have that too.

Yes, there’s still a very, very, very long wait to get into Yves Camdebore’s Le Comptoir du Relais at Odéon. Luckily there’s Camdebore’s L’Avant Comptoir next door, a standing-room-only tapas and wine bar perfumed by the hocks of Iberico ham hanging from the ceiling. If it’s nice out, grab a crêpe from the to-go window and eat it in the Jardin de Luxembourg. The chocolate is real, none of that Nutella stuff, and it’s unbeatable with a dash of cinnamon.

The original Paris street food, doner kebab — or simply kebab, a pita pocket of shredded meat and tangy white sauce scarfed with glee after a soirée bien arosée, to the initiated — gets a makeover at this takeaway joint run by Le Chateaubriand alum Frédéric Péneau. Homemade bread and meat from celebrated butcher Desnoyer make this a departure from the usual midnight pit stop (which you should also try, at least once).

7. Fish and Chips at the Sunken Chip

Until the Sunken Chip opened, fish and chips in Paris were a sad affair, usually consisting of frozen fish filets and flabby fries. You’ll find none of that in this bright little outpost in the 10th arrondissement. Fresh fish is trucked in from the coast daily and the catch of the day chalked up on the ardoise.

It’s almost annoying how popular burgers have become in Paris in the last few years. They’re everywhere, in every form, often flaunting disproportionate prices for two slabs of dry bun and dubious meat. But there is fast food worth waiting for in Paris. If you happen to go to MK2 Bibliothèque for a film, the line snaking outside the theater isn’t for the latest Woody Allen flick; it’s for Le Camion qui Fume, Paris’s original food truck. Show up early or you won’t snag a juicy burger oozing Etivaz or homemade onion rings.

Owner Kristin Frederick also runs Freddie’s Deli in the 11th arrondissement, one of the only places in Paris where you’ll find a reuben, a Philly cheesesteak, a pork roll and unlimited fountain sodas in one place.

Mexi-Cali food is all the rage in Paris at the moment, but California Cantine was one of the first to bring Cali to the streets of Paris. American-Canadian Jordan Feilders combines the best of market-fresh, organic French ingredients with creative Californian street cuisine: blue-cheese burgers, tacos carnitas and chicken tacos with homemade chipotle.

This hippy food truck serves homemade Indian dosas — a lentil-rice flour wrap stuffed with potatoes, onions, and spices, topped with homemade chutney and pickles — out of a converted Peugeot V9 van. Susu and Minette are passionate about local food and source ingredients as close to home as possible.

Sicilian pistachio, stracciatella, melon and yoghurt are just a few of the dozen flavors available at Pozzetto, a tiny Italian gelato shop in the Marais. Skip the chains and head here, where you can have as many flavours of homemade gelato as you like layered into a cup or cone. For a double delight, take away a true Italian espresso topped with luscious whipped cream, worth the 50 centimes supplement.

How to eat like the French: 12 tips you need to adopt

10 reasons why Lyon is the capital of gastronomy