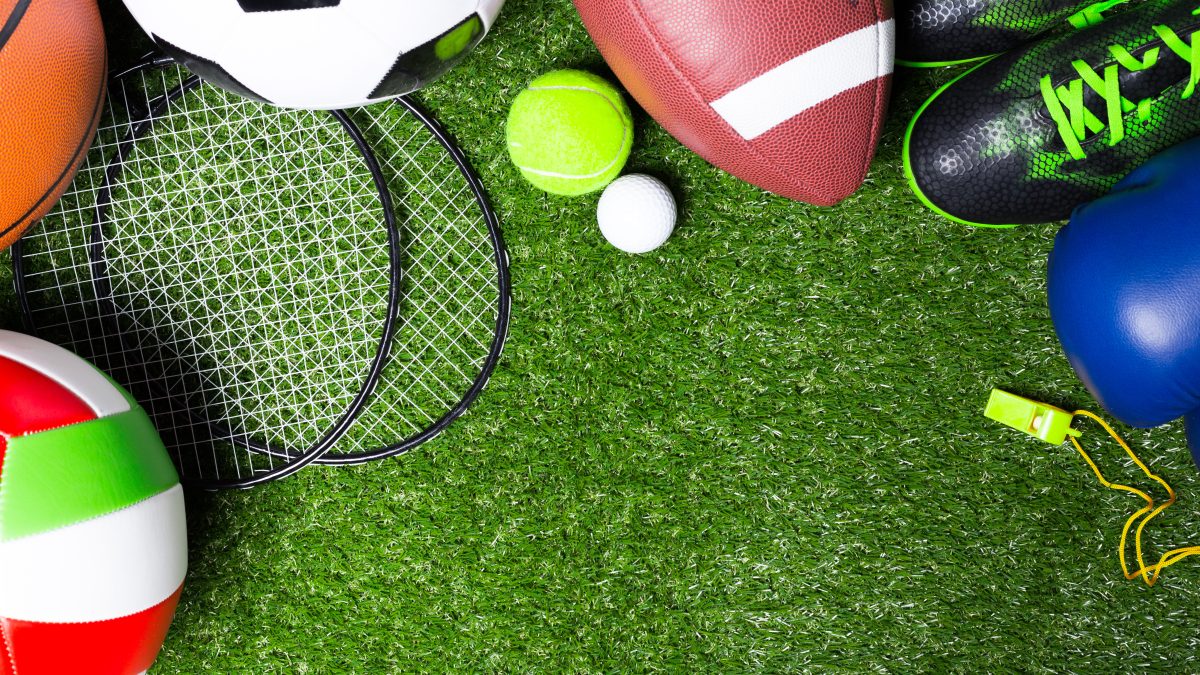 Popular sports in Germany: a guide to sports clubs and associations

Looking to play a particular sport in Germany? Here’s our guide to help point you in the right direction.

Germans are sports mad and they love joining clubs. There are hundreds of sports clubs. Check out our guide to various sports clubs around the country:

The Berlin Crocodiles were born in June 2001. The club founders, Johannes Junius and Stefan Voß met through the AFLG Guestbook (Australian Football League Germany) and decided to make AFL popular in Berlin. They worked together to rally support using flyers, posters and small advertisements in local magazines in addition to developing a continuing relationship with the Australian Embassy in Berlin who help spread the word.

We are a mixed group doing it all over Berlin on Sunday afternoons (winter 1500hrs, summer 1600 hrs). Hash locations are usually reachable by public transport. The location of the next Hash is announced on our Hash Hotline: +49(30) 856 051 16

Who are Hash House Harriers? Check out:
wikipedia.org/wiki/Hash_House_Harriers

Visitors, including German Nationals, Ex-Pats, walkers and non-alcoholics are very welcome, BUT you must bring a sense of humour with you and be prepared to run (non-competitively of course) or walk between 5 and 10 k’s. Alternatively you can just come for the beer. (Soft drinks are also served)

We pride ourselves on Political Incorrectness. (PI, not PC) Follow the links to learn more about Hashing, CRAP Hash history, as well as directions to our next Sunday Hash meet. Go on give it a try – you might just enjoy yourself.

Every Wednesday from 20 until 22.30, we get together to dance alternately Square (mainstream) and round dance and generally make a circuit Contra dancing in between.

Our dancehall is the MCG Ranch in Civic Park in Munich-Oberföhring, Oberföhringer Street 156 (House 5, tel 089/9579455), which we use together with two other clubs, the Munich Roadrunners e.V. and Tamara Twirlers e.V.

The English Golf Society (“EGS”) was founded in 1982. A number of British guys had been playing casual rounds of golf around Munich for a couple of years before that. They decided it would be good to make the arrangement a bit more competitive and so began to organize events in advance, score all rounds and keep a track of changes in handicaps. The Society has developed somewhat since those early days but the idea has remained the same.

Today, the EGS is an international English-speaking group with about 50 members. In addition to the majority English membership, it includes Scots, Irish, Americans, Australians, Dutch and – yes – Germans! The Society’s policy is totally open and welcomes members of all nationalities.

The EGS is neither a group of ‘hackers’ (in the golfing sense) nor of scratch players. There are a number of players with single-figure handicaps but the majority lie between about 15 and 25. There are some who play in almost all the 20 or so events that take place each season; there are others who play no more than one or two events a season.  The English Golf Society is a group of hobby golfers in the Munich area who enjoy the wonderful game of golf.

Fainne (ie rings in Irish) has existed for over twelve years. The group of ten members, was founded by the native Irish Áine Halpin. The “Halpin School of Irish Dance” has existed since 1994 in the Stuttgart area, and offers regular classes in traditional and modern Irish dancing. Fainne has taken part in recent years in various cultural events in the Baden-Wuerttemberg area. Performances include annual St. Patrick’s Day Festival, Europe days, and summer theatre.

The Frankfurt-n-Motion sports social group is about building an outstanding integral international EXPAT community, including Frankfurt expats and local from the international community. Our goal is to inspire one another to have fun and keep fit with a variety of sports, and social events. Sports – running(FH3), yoga, triathlons, biking, mountain biking, basketball, pilates, martial arts, tennis, beach volleyball, rock climbing, hiking, swimming, working out, rollerblading, camping, skiing (Frankfurt International Ski Club) and other events.

The Frankfurt, Ski, Snowboard, Sports and Social Club (FSC) was formed as a locally run alternative to the Frankfurt International Ski Club which, as an American Club, was in the process of closing down due to increased difficulty in operating following the reduction in U.S. personnel in the area. FISC had been operating for 43 years to this point and there enough interest in continuing to run Ski Trips from Frankfurt that the possibility of creating an official German non-profit organisation (e.V.) was checked.

The club was initially formed on the 19th December 2006 at an Extraordinary Meeting on behalf of the Club’s founding members.

On the 19th January the Amtsgericht, Frankfurt am Main provisionally approved the status of the Verein according to the Filing Letter and Articles of Association that were submitted by legal representatives of the Club and official documentation was received the following week.

Here over 80 dancers are taught Irish Dance by Áine Halpin, a fully qualified teacher (a member of CLRG, the largest governing body of Irish Dance worldwide with the highest standards for teachers and students), whose goal is to share her love for Irish Dance with students both young and old and coach them in becoming the best possible Irish Dancer through proper technique in a fun atmosphere.

Come visit our website, where you can read up on everything concerning the Hamburg Hash, its harriers and harriets and what they want to let you know.

The Berliner Lacrosse Verein (BLAX eV) was founded in 1993 by 7 students at the initiative of Joern Pelzer. The inaugural meeting took place at the Cafe Einstein in Kurfürstenstrasse. The BLAX was the first lacrosse club in Germany. Since 1994, there has also been a BLAX women’s team.

In 1994, the BLAX, together with some players from Munich (who later founded the Munich Lacrosse Club), put together a national team for the Men’s World Cup in Manchester. BLAX players have gone on to help with the establishment of associations in Kiel, Bonn, Düsseldorf, Passau, VFK Berlin, Heidelberg, Göttingen, Freiburg, Hannover, Cottbus and Weimar.

Currently München Colmcilles have a full Men’s Adult Gaelic Football team which has participated in the European-League since 2001. München were crowned European Champions in October 2004, beating Paris Gaels in the final game of the session in The Hague. Our women’s team first emerged in 2002 and participates in the Women’s European Football tournaments which run alongside the men’s tournaments. The Hurling team has been in action since 2002 and in 2004 reached the European hurling final in den Haag Holland. In 2007, an underage section of Munich Colmcilles was started with kids from 5-12 learning the skills of hurling.

The Road Runners Club Munich eV was founded in 1985 as a charitable company and is a member of the Bavarian state associations of the German Sports Federation (DSB), the German Athletics Association and the German Triathlon Union.

The association currently has more than 900 members of all ages who devote themselves mainly running and / or the triathlon. The motto “Running is fun, running with friends is more fun” is our priority.

Since its inception in 1982, Munich Cricket Club has been a proud standard bearer for the game and its traditions. Winning has its place, but the Chairman also likes to ensure refreshments are plentiful. Opposing batsmen will take a shine to his gentle hand grenades. But hopefully not to his rather fetching camouflaged shorts.

Our squad consists of a nucleus of 25 players from all far-flung reaches of the globe – especially England, Australia and New Zealand. A sociable bunch with a conscience. MCC loves touring too, with away extravaganzas this year to Slovenia (Ljubljana), Switzerland (Zuoz), Hungary (Budapest) and Austria (Vienna). The incapacitated new fathers in the team have all expressed considerable interest but passes are becoming scarce.

The Munich Irish Rovers Football Club e.V. is an International English Speaking Soccer Club competing in the German league pyramid system and is the only English speaking football club in Munich. We have over 70 active members drawn from the Irish community and from around a dozen other nationalities from in and around Munich. We are always looking for new members and new faces are always welcome either at training or the kickabouts.

München RFC was founded in 1977 and since then the club has grown steadily. Today the club has two senior men’s teams, a women’s team, and youth and schoolboys teams.

The Patch Ski Club is a non-profit organization operating in accordance with United States Army Europe regulations. Membership is open to U.S. citizens residing in the Stuttgart area, as well as a limited number of foreign national citizens and the families of each.