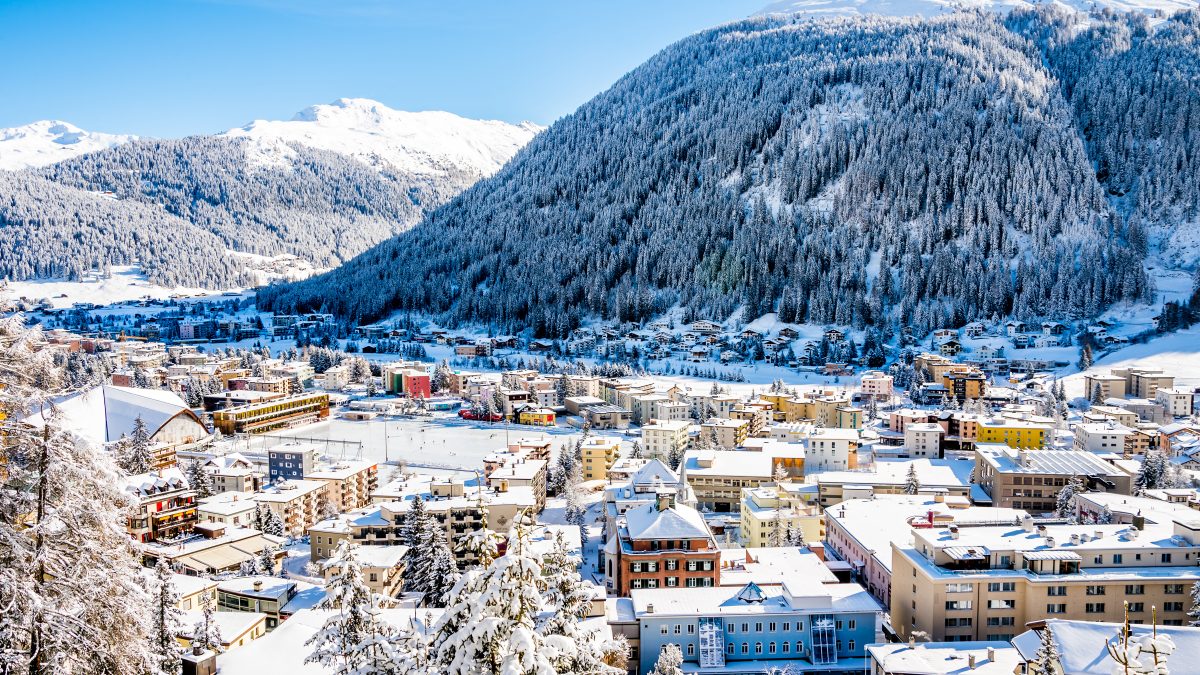 The ski slopes of Davos and Klosters are fit for royalty and Britain’s Prince Charles is a regular visitor. Nonetheless, locals reject the notion that Davos is only for the rich and beautiful.

The ski slopes of Davos and Klosters are fit for royalty and Britain’s Prince Charles is a regular visitor. Nonetheless, locals reject the notion that Davos is only for the rich and beautiful.

“Davos is sporty,” says Britta Schnewlin, who works with the Davos Klosters inclined railway. And many others think likewise.

The history of winter sports in Davos

Winter sports have a long tradition in Davos. The first three cold weather pioneers came to the Parsenn region in 1897. Without lifts, they had to fight their way up the mountain tops. It wasn’t until Christmas 1931 that the first leg of the inclined railway came into operation, carrying about 300 people an hour.

The trip up to an altitude of 1,889 metres which is now the midpoint of the line took 10 minutes then. Today, the inclined railway can reach a height of 300 metres in four minutes and carry up to 2,200 passengers every hour.

Skiers have a choice of slopes ranging from easy to incredibly challenging in five skiing areas spread over 300 kilometres. And if that’s not enough, skiers can also hit a 140-kilometre long network of cross-country trails.

The Parsenn area is the largest of Davos’ five skiing areas. It offers 19 lifts and 34 skiing runs.

It includes a stretch where skiers can measure their speed – a favourite among children. Crouching up at the starting hut with his ski poles under his arms, 10-year-old David looks like a competitive skier. Once he starts, it’s clear that neither he nor his eight-year- old sister are going to reach the speeds of a world champion.

Nonetheless, the two reach speeds of 75 and 85 kilometres per hour on their skis, as measured by a pair of light sensors set a few metres apart. Both David and Ester report it was “really cool.”

High and lows of wintery Davos

The highest point in Parsenn accessible by lift is at 2,844 metres – the Weissfluhgipfel. It is 12 kilometres downhill from there to Kueblis without using another lift. The descent into the valley is only possible when there’s been enough natural snowfall and covers 2,000 vertical metres.

Once you get to Kueblis, the red cars of the Rhaetisch train wait to take you to the Klosters-Dorf train station where the Gotschna train takes skiers back to Parsenn. Or skiers can opt to visit some of Klosters-Davos’ four other skiing areas: Madrisa, Jakobshorn, Rinerhorn and Pischa. Regional skiing passes double as tickets for the Rhaetisch train.

Madrisa in Klosters and the Rinerhorn are popular with families, says Schnewlin. They have slopes for both skiing and sledding.

The community of Graubuenden has 12,500 residents but, by area, is Switzerland’s second-largest city, larger than Zurich or Basel. Additionally, 24,000 guest beds mean the village turns into a mid- sized city during high season.

And once a year Davos becomes a central point of global interest, when heads of state meet there for the World Economic Forum, running from 23 to 27 January this year.

Costs of vacating in Davos

But a vacation in Davos is not cheap. A six-day regional ski pass costs CHF 85 for an adult. Children between 13 and 17 years get a 33-percent discount on inclined railways. The rebate increases to 66 percent for children between six and 12 years, while children under six travel free.

Davos lies 1,560 metres above sea level, making it Europe’s highest city. Nonetheless, the winter of 2006/2007 was without snow forcing Davos to invest millions in artificial snow. However, weather conditions seem more favourable this year and the season seems set to last until 30 March.