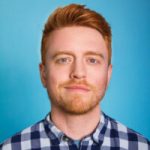 Get up close and personal with the Top of Europe with our guide to Jungfraujoch – more than just a railway station.

Whether you’re living in Switzerland, or simply visiting, there are few tourist attractions quite like Jungfraujoch, home to one of the most famous peaks in Europe and the continent’s highest railway station. Undoubtedly one of the best places to visit in Switzerland, the self-styled Top of Europe stands at a whopping 3,500 meters above sea level and has been attracting tourists for decades. But what exactly is up there and why should you visit? Well, we explain all in this helpful guide.

About an hour south of the popular Swiss resort town of Interlaken lies the spectacular Jungfraujoch, which literally means “saddle”. Nestled high in the Bernese Alps, it acts as a bridge that connects the Jungfrau and Mönch mountains, both of which soar over 4,000 meters; giving birth to its nickname, the Top of Europe.

The first successful ascent to Jungfraujoch was in July 1862, by an Anglo-Swiss group of climbers. However, it wasn’t until the early 20th century that the joch (pronounced ‘yoke’) became something of a tourist attraction, following the construction of a mountain railway up to the summit. Since then, thousands of tourists have ventured up to the top of Europe to enjoy the spectacular views, and more.

While you could follow in the footsteps of those first hardy explorers and trek up to Jungfraujoch on foot, most visitors prefer to take the famous train. The line was opened in 1912 and is officially the highest railway in Europe. Although it was never completed to its original design, the railway remains an awe-inspiring feat of engineering over a century later. It starts at Kleine Scheidegg, which stands at 2,060 meters above sea level.

Before boarding, passengers receive souvenir ‘nostalgia’ tickets that resemble those issued back in the 1950s. The line starts in the open before entering the long Jungfrau tunnel. The first stop is Eigergletscher, which is located 2,320 meters above sea level. The route continues inside the tunnel to Eigerwand, the next station which sits 2,850 meters above sea level.

Both Eigerwand and the following station, Eismeer, are equipped with panorama windows that have been built into the mountainside. These offer passengers breathtaking views of the Bernese Alps. However, these get even better as you ride up to the final stop, Jungfraujoch. Towering high at a giddy 3,454 meters above sea level, this is Europe’s highest railway station and those lucky enough to experience it will feel like they are standing on top of the world.

How to get to the Jungfrau railway

Discover the top 10 places to visit in Switzerland

Historically, you didn’t need to book ahead to secure a seat on the train and could simply turn up on the day. However, to avoid disappointment, it’s a good idea to make a reservation and check any restrictions that have been imposed following the COVID-19 pandemic. It is also wise to check the weather forecast ahead of time to know what to expect. But we warned, tickets to the top aren’t cheap – this is a Swiss train carrying you to the top of a mountain, after all. That said, cheaper tickets are available for early morning trains, so it pays to do your research ahead of time. You can visit the SBB website for more information on tickets.

Things to do on Jungfraujoch

You’d be forgiven for thinking that simply getting onto a glacial saddle high up in the Bernese Alps was enough adventure for one day. However, once you reach the “Top of Europe”, you’ll find that there is actually a surprising number of things to do. Here are some of the best activities on offer up on Jungfraujoch to give you some inspiration.

Get ready to belt out “Let It Go” when you step inside Jungfraujoch’s spectacular Ice Palace. Carved out of glacier ice, the stunning fortress is full of intriguing passageways that widen into rooms and halls. But be warned, getting lost is easy as you marvel at the palace’s many ice sculptures.

For a glacial saddle that sits thousands of meters above sea level, Jungfraujoch offers a surprising number of amenities. Alongside some high-altitude dining options and, of course, a railway station, you’ll also find a post office. What better place to send a postcard from than the “Top of Europe”?

If heights are no issue, then you can always hop inside a lift, which travels at a speedy 6.3 meters per second, and head up another 108 meters to the Sphinx observation hall and terrace. This is the highest accessible point of Jungfraujoch and well worth a visit. From here, you can gaze at the mountains through the windows or, if you’re not afraid of the cold, step outside. Just bear in mind that it’s bracing up there, to say the least.

Stock up on some Swiss chocolate

No visit to an iconic Swiss attraction would be complete without sampling some of the local specialties. And fortunately for chocolate lovers, Jungfraujoch is home to a Lindt Chocolate Heaven store that sells all kinds of delicious Swiss chocolate. It won’t be the cheapest you’ve ever bought, but it will probably be the highest!

Let off some steam at the snow park

If you have little ones, they’ll likely still have bundles of energy even at the high altitudes of Jungfraujoch. Luckily, though, if you visit outside the local ski season, your kids can still enjoy the white stuff at the snow park where skiing, sledding, and snow tubing are all available.

If you’re making the trip up to Jungfraujoch, there are a few things you should know before you head up the mountain. Here are our top tips for visiting Jungfraujoch: