Home Lifestyle Things to Do Cape Town with kids: Robben Island
Last update on May 02, 2022 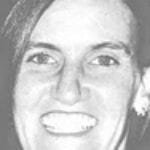 Blogger Sine Thieme gets a history lesson on Robben Island and contemplates how the color of our skin set us on such different paths.

One of the most humbling history lessons and my personal highlight of our visit to Cape Town last month was our tour of Robben Island, the place where Nelson Mandela spent 18 of his 27 years in prison. You might not think that it is a place you would take your kids, but I would argue that it is especially important for them to see it. The following are notes that I took that day:

Today I met a man who I’ll always remember as prisoner number 19. Like me, he was born in 1967. Like me, he was 18 years old in early 1986. But this is where the similarities end. While at that time I was preoccupied with sneaking the occasional beer past our teacher chaperones during a class trip to Prague, prisoner 19 was preoccupied with sneaking bombs into a government rent office somewhere in South Africa. To think that pretty much only the color of our skin set us on such different paths.

History is always easier in hindsight. From our vantage point, it is incomprehensible why the apartheid government of South Africa held on for so long and dug an ever deeper hole for themselves. And it is easy to look at Nelson Mandela today and see him for the great man he turned out to be, the visionary father of this country.

But go back thirty years or so, and things were much more complicated. Peaceful resistance hadn’t yielded any results, and the ANC, under Mandela’s leadership, had opted for armed struggle and sabotage.

They courted other countries – communist countries – for support, which caused the Apartheid government to crack down even more severely under the guise of crushing communist elements. I’m just saying all this because had I lived as a white South African during those times, I surely would have condemned what Prisoner 19 did. But when I heard his story today – which I’ll share with you in a little while – I admired his courage and dedication to a cause.

The Robben Island Museum, you see, has a brilliant concept. It’s not just preserved as a place you can see to revisit the horrors of the past, it makes history come alive by presenting the people who were a part of it. Every tour guide on Robben Island is a former political prisoner involved somehow in the struggle for freedom. The stories you hear during an hour-long bus tour around the island and a visit of the prison itself are deeply personal, and none of them quite alike.

When we boarded the bus after our arrival on Robben Island, we were warmly greeted by our guide, Yasin Mohamed, a former member of the Pan Africanist Congress or PAC. He had personally known Robert Sobukwe, its founder, who was kept in solitary confinement on Robben Island for many years. Yasin was thoroughly entertaining and had us hanging on his every word while we drove past the Leper Graveyard, the Anglican church, the mosque, and the rows and rows of prison buildings and guard houses. His knowledge was evident when he occasionally asked where everyone was from, and then aptly wove all our nationalities into a compelling narrative. Many countries, it turns out, were somehow involved in the long history of Robben Island and had been instrumental in ending apartheid one way or another.

Our bus ride took us past the quarry, where political prisoners had to perform hard labor by crushing rocks. The prisoners themselves, however, soon labeled it “the university,” since it was here that they gathered and educated each other. Some prisoners ended up leaving Robben Island holding advanced degrees, and the lectures and debates taking place amongst the prisoners were an important building block in the foundations of a future egalitarian society.

We stopped for a brief view of Cape Town, and even though Table Mountain was entirely covered in clouds, it was beautiful. “Not such a bad place with such a beautiful view,” one is tempted to think, but of course the inmates never got to see it, spending most of their time in drafty cells and the walled-in courtyard. Which brings us to Prisoner Number 19 and his story. When we got off the bus, we were ushered into a communal cell, where we were greeted by a new guide, who told us about life in prison, how many blankets each prisoner received (three, but thin ones), what they wore (shorts and no shoes), and what they ate. This last part particularly shows the cruelty of the system. Just like in their real lives, prisoners were classified by race, and their diet was set accordingly.

One interesting fact we learned was that black and colored prison guards were eventually removed from Robben Island, because it was feared that they would be influenced by their prisoners and become biased towards their cause. As it is, this even occurred in the case of at least one of the white guards who became friendly with Nelson Mandela, which is chronicled in the movie “Goodbye Bafana” (it’s also been called “The Color of Freedom”; although the book this movie is based on has since been called into question, there was apparently indeed such a prison guard, just not the one depicted in the movie).

But what I found most compelling, more than the recounting of prison life, was our guide’s personal story, which I had asked him about. As members of the ANC youth movement, he told us, they were operating in cells of five who were instructed to sabotage government institutions. For some reason the rent offices were seen as a particularly evil extension of the apartheid state, and he, together with four friends, was caught in the act of “sabotaging” such an office. Sunshine later asked me what sabotage meant, and it led to a good discussion of South Africa’s history.

Our guide admitted freely that while sabotage meant many things during those years and was liberally used by the government to convict a host of people, in his case it really did mean planting a bomb. While all five were accused of the same crime, their lawyer informed them that he could probably get three of them off, if the two most implicated in the plot pleaded guilty. They had one night to make a decision.

Prisoner 19 and another accused realized that they were probably those two, based on the evidence, and “volunteered” to go to prison, under the condition that the other three would continue the struggle. His greatest disappointment in life, he said, was that they didn’t. Two of them even ended up joining the South African defense forces, the arch nemesis of any freedom fighter in those times.

Like I said, I can’t imagine having to make those decisions at the age of eighteen, when I was happily engaging in typical teenage behavior with not a care in the world. I will long remember his words. He closed his tour by telling us that he was not bitter, that he had taken Mandela’s call for forgiveness and reconciliation to heart. His only regret was that not more had been accomplished since then in terms of the gross inequities still found in South African society, especially visible in the disparity of housing. Anyone living here with their eyes half open would have to agree with him.

Our tour ended with a brief glance at Nelson Mandela’s cell. This is where he wrote large parts of  “Long Walk to Freedom,” a book I’m trying to make my way through at the moment (it’s very interesting but also very long). The manuscript was buried somewhere in the courtyard and eventually smuggled to the outside.

If I had one regret about our tour, it is that there wasn’t enough time to just walk around on your own and contemplate the magnitude of Robben Island’s history. After all, as our guide Yasin had pointed out, most of South Africa’s current leadership passed through there one way or another. Again, it’s easy to see from today’s vantage point that everything ended well and the cause of these freedom fighters was the right one, but surely if you were Nelson Mandela or any of the other prisoners isolated on the island for decades without much outside contact (Mandela’s teenage son died in a car accident during this time and he wasn’t allowed to go to the funeral or see any of his family), you would have had some severe doubts?

I hope you get to go see and experience it for yourself. 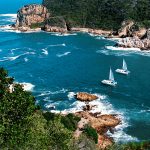