Behind the glamorous image of fresh baguettes, cheap wine, and chic fashion are a few culture shocks of adjusting to life in France.

1. Customer service is an adventure

Forget the smiley waiter who tells you his name with a big grin and says he will be ‘taking care of you’ for the evening. French waiters don’t work for tips, may be in charge of all the tables on their own, and will not ask you every five minutes if you’re doing okay. Not going to happen in France.

Yes, Paris has a reputation for dog poop on the sidewalks, and I can confirm this is 100 percent true. Way back when I moved to Paris, there was a street in the 6th arrondissment that we nicknamed ‘Poop Lane’ because it was a true disaster at all times. With all the kilometres you’ll be clocking on the streets of Paris, make sure to keep your head down and eyes open.

Eating in France is serious business (more on that below). Dinner, for example, is considered ‘early’ if it is served at 7pm; 8pm is the norm for dinner time. Suggest 5pm or 6pm for supper and no one will show up. And equally, don’t head out for a restaurant dinner that early, they won’t be open!

4. There is no grazing or eating between meals

An unwritten law of the land says no eating between meals, and certainly no picking at snacks or food close to meal times. The French don’t buy a candy bar and eat it in the parking lot on the way to the car. One more thing you will hardly ever see: anyone (other than tourists) drinking a large-sized soda.

5. You don’t get anything done between noon and 2pm

Don’t plan on booking appointments or making phone calls between noon and 2pm. It’s lunch hour and it’s sacred in France. Even construction workers go to restaurants and sit down for lunch. If you have something important to take care of, do it before or after lunch. If you want to have lunch at a restaurant, you will need to show up during this time frame because usually restaurants are not open all day long.

6. Admin and bureaucracy are the stuff of nightmares

Anything involving visas, administrative procedures, legal papers, health care, schooling and residency includes getting involved with French administration. Good luck. Keep an open mind, prepare for it to take a while and forget the indifferent attitudes you may encounter along the way. It is what it is. Relish the thought that it’s gotten so much better in the last decade.

7. Have no fear of getting sick or injured

Americans can hardly believe the medical system in France. Sure it costs taxpayers lots of money but if you are in need of a general doctor, you can just book the appointment, get in quickly and pay very little for it (or nothing depending on your insurance). You don’t need to belong to a doctor’s network, get referred or wait weeks. If you get a prescription filled at a pharmacy, a second thrill will rush through your sick body as you see how inexpensive medication is, in general.

The United States is full of 24 hour/7 days a week fitness centers, especially in bigger towns. There is basically no excuse to not go to the gym. In France, there are far fewer gyms and you’re unlikely to find one open really early in the morning, let alone 24 hours. The French prefer their exercise on the run: walking to work, cycling to school or tennis on the weekend. They are not gym rats at all.

If your children are going to a French elementary or middle school in France, don’t expect to be invited in regularly. Forget field day, loads of open houses, art night, school plays and even walking in the school with your kid. Parents leave their kids at the gate and are not regularly invited in. There is much less parent-teacher-school interaction than in the US

Your days of wearing sweatpants and flip flops out to run errands are pretty much over if you move to France (unless you don’t mind sticking out like a sore thumb). The French don’t wear sweatpants unless they are out jogging or at the gym. Nor will you see them dressed in sweats or pajama-like clothing at airports. The French dress in street clothes when they are out on the street, and in general take pride in looking good.

The French are quite reserved about inviting new people into their homes. Don’t expect your boss or your neighbours to invite you over right after you move to France. Usually a dinner invitation at home is reserved for the inner circle of friends and family, not casual acquaintances.

12. Pedestrians never have the right of way

Whether or not the street sign says a pedestrian has the right of way (like a crosswalk), you don’t really. Most pedestrians bow down to motorists or risk injury.

13. You have to be good at parallel parking

Big parking lots with big parking spaces are certainly not a norm in France – maybe because, in general, cars are smaller and space is sparse. But whether you are in a city or suburb get used to tricky parking because that is certainly the norm.

14. France is not a cluttered consumer world

Perhaps because the average person in France has less storage space than the US or the prices of consumer goods are quite high, but French people do not acquire the quantities of things we do in the US. There is a more simple vision of entertaining, living, moving, giving, packing, obtaining and storing in France. There is no real version of Walmart, Target, or Costco in France, so people usually buy and have less ‘stuff’. 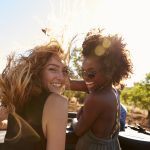 Tips for expat women in France 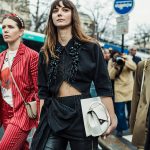