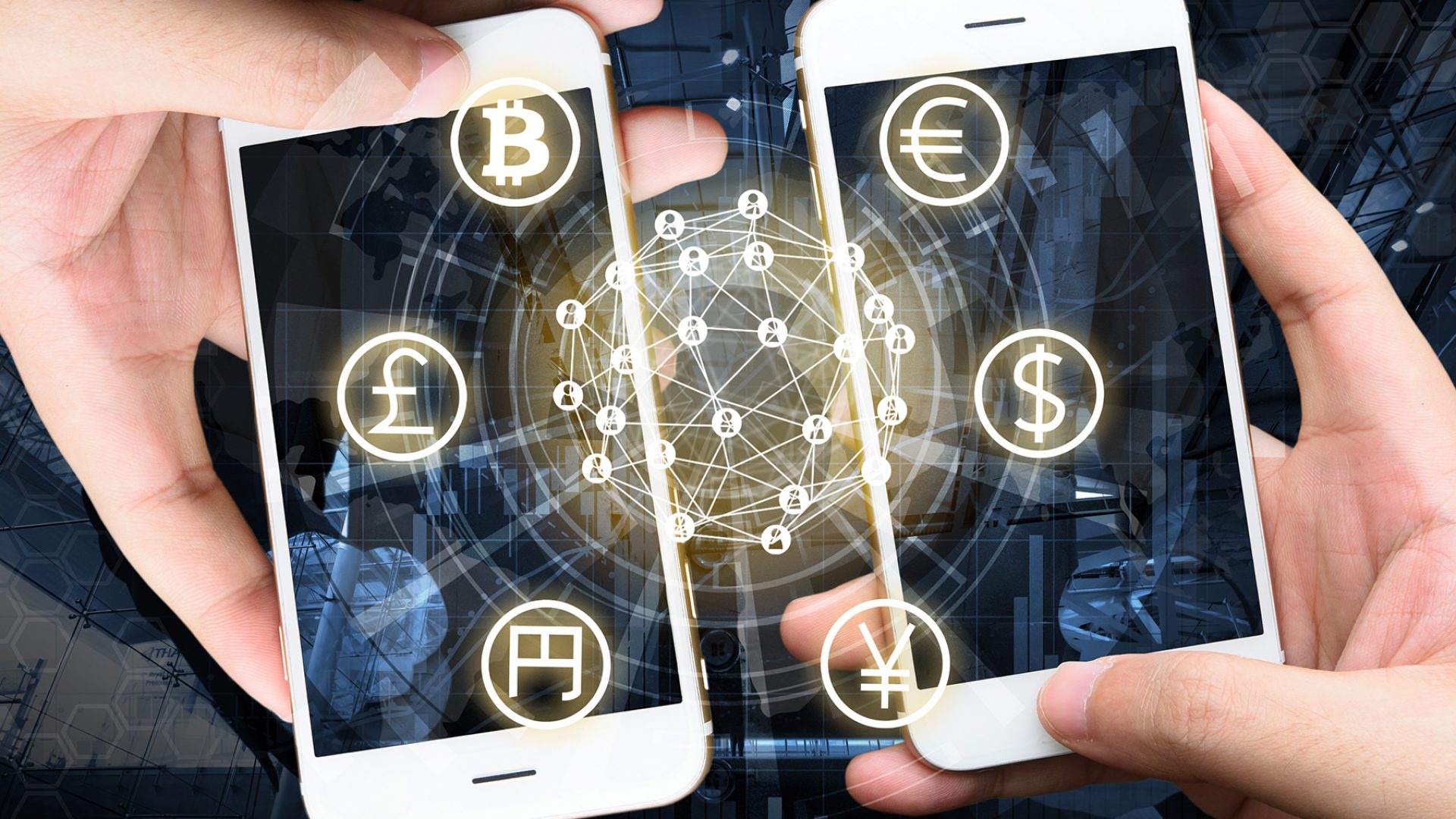 The future of banking

In an increasingly digital world, mainstream banks innovate to stay ahead of the competition and provide more comprehensive services to their customers. Discover the future of banking in this guide.

The banking industry is facing a series of challenges as more consumers manage their personal finances from their smartphones. With financial technology companies and challenger brands popping up at an increasing rate and banking technology becoming more advanced, innovation is necessary for the future of banking.

In this guide, Salvatore Orlando of BNP Paribas Fortis explains how digitization is affecting the banking sector, the ways banks are embracing new technology, as well as how customers could benefit from a more holistic experience in the future of banking.

Younger consumers grew up almost entirely within a digital world. As a matter of fact, this generation uses a smartphone or tablet to manage almost any aspect of their lives.

With this in mind, it’s no surprise that millennial consumers consider traditional high-street banking to be a thing of the past. Receiving a cheque from a relative on their birthday is likely to be met with a sigh when they consider the hassle of depositing it. The global economy isn’t at a point where we should all be rushing to invest in bitcoin, but the expectations that consumers have now are wildly different than they were just a decade ago.

At the most basic level, changing consumer habits mean that brand loyalty is dropping. Consumers long for cheaper deals and better services. Banking is certainly no exception to this trend.

Research by Accenture found that nearly one in five (18%) millennial customers in the United States switched banking providers in a 12-month period. This is almost double the one in ten (10%) 35–54 year olds who switched. It’s also six times the rate (3%) of customers aged 55 or over.

With active and engaged consumers prepared to move on if they’re unhappy with a service, there’s a market to exploit for those who are prepared to innovate. It’s no surprise that banking technology continues to advance at-pace, with everyone from small start-up financial technology (fintech for short) companies and challenger banks to the biggest players in tech joining the party.

The importance of digitization in banking

Digitization is also important for banks who must diversify the financial services that they offer customers. As a result, banks dedicate increasingly large portions of capital to funding improvements in user experience and online security. There will be casualties, of course. A greater focus on making day-to-day banking dynamic and improving digital user experiences could have a knock-on effect on older customers who rely on their bank branches to manage their finances.

A second outcome of streamlining is a drop in the specialist knowledge available in bank branches. For example, if a customer wants to speak to a mortgage adviser face-to-face, they may only be able to access this service on specific days. The tradeoff, however, should mean a much more rounded user experience for customers in the long term. By and large, an increasing percentage of the population move away from branch-based banking.

There are signs all around Europe that governments are beginning to understand the importance of the future of banking. Belgium is taking its place at the forefront of this progress, and not just because of its geographic position in the European banking landscape. The Digital Belgium policy, launched in 2015, encourages new players in the fintech and banking sectors to innovate and create new jobs by offering reductions in their tax bills. This resulted in tens of millions of euros changing hands as innovation became more cost-effective.

The future of banking: how fintech challenges banks

Personal finance apps have grown in popularity in recent years. Everyone is getting in on the app game; app providers range from banks offering their own services to solo developers creating stand-alone savings, budgeting, or money management apps.

This has heralded the first set of app-only banks. These providers offer current accounts that are managed exclusively from a phone or tablet, with customer services provided by staff through a live chat service.

One of the key innovations provided by app-based challenger banks is the ability to temporarily block your card from your app if it’s lost or stolen. For replacements, customers order a replacement in a few taps of the screen rather than calling customer service. Such simple additions could enhance the offering provided by traditional banks. Some conventional banks already help customers in this way by allowing them to simply take photos of cheques, rather than taking them into the branch.

While challenger banks may not offer the same levels of customer service provided by traditional banks, their presence alone will continue to encourage conventional banks to adopt a digital-first approach and continue innovating.

Conventional banks are catching up

There are signs that mainstream banks becoming more digital-friendly for the future of banking. For example, Hello bank! by BNP Paribas Fortis is the first mobile-focused bank – with accounts managed exclusively through its app. In keeping with a changing consumer landscape, Hello Bank! provides help and support to its customers through an online forum and a range of social media services. A number of these services also make cross-border banking easier than ever.

Elsewhere, there’s been a growth in the number of apps that help customers manage their finances on a day-to-day basis. For example, Yolt allows users to add all of their accounts and view them in one app, all the while receiving tips on their budget for that week or month. Standalone savings apps are becoming increasingly common, too.

This includes apps that round a user’s spending on each transaction up to the nearest unit and put the remainder into a savings account. Such simple innovations can offer users a new, easy way of saving money if they can’t afford to put hundreds of pounds or euros away each month.

One of the long-term effects of the 2008 financial crisis was increased attention towards how banks interact with (and provide information to) their clients. In 2018, the Payment Services Directive came into force in the European Union. The directive maintains rules for how users access their financial information. This is open banking; it opens up a world of new options for banks to engage with customers and for customers to get a better view of their finances.

Basically, open banking means that providers of online accounts (including savings and credit cards) must enable their customers to securely share data (such as spending) with third-party providers (such as budgeting apps), if the customer so chooses.

There’s still a long way to go to educate consumers on the benefits of open banking. In addition, banks need to properly embrace the different ways they can use these developments. This means that 2019 could be a big year for the future of banking; more open banking providers are getting authorized by governments as time progresses.

By now, you’ll surely have heard about Bitcoin, the most well-known of more than a thousand cryptocurrencies. In general, cryptocurrencies live online. In theory, they can also be converted into conventional forms of currency.

Cryptocurrencies are not a stable investment; their values fluctuate wildly from day to day. That doesn’t mean they are never used for major purchases, however.

Blockchain is the technology that supports cryptocurrencies like Bitcoin. Blockchain basically involves a network of computers working together to approve and process transactions. Already, its’ popularity, and the sense it could be vitally important for businesses and consumers in the future, is growing.

The theory is that blockchain technology is always developing. Blockchain could help customers and businesses process transactions more quickly and safely in the future; this could cut down on administration and processing times.

Security challenges in a digital world

With the advent of open banking and transaction processing technology, it’s clear that the way personal finance looks and works is going to change significantly over the next decade. With new opportunities, however, come new challenges – especially in the area of security.

That’s because hackers and fraudsters are getting better at exploiting their customers through scams. This means that banks are constantly innovating to improve the security of their online banking systems and apps.

How banks can help customers by embracing technology

How can traditional banks adapt to this digital landscape and outpace their competitors in the future of banking?

Accordingly, they could do this by making the best use of the long-term relationships, trusted brand, and wealth of consumer data they have. All of these can allow them to act dynamically to offer a more holistic service for customers.

Rather than having an exhausting array of apps – one for your accounts, one for budgeting, one for day-to-day services – the onus is on banks to help customers. To do this, banks must provide all of these services themselves. They should be readily available in an effective and streamlined manner so customers don’t look elsewhere. After all, somebody with a long-term relationship with a conventional bank would rather stick with them.

Banks must combine cutting-edge technology with their own data to give customers a full view of their financial lives. This can range from automated notifications and budgeting tips to multi-currency account management and partnering with merchants. If you can transfer money on your bank’s app, you should be able to get a mortgage on one too.

Ultimately, the onus is on banks to provide the best services to customers in the following areas:

To this end, banks must move away from their current accounts and cash machines and towards the future of banking. That means being advisers for their customers and offering them a holistic personal finance service in one place. 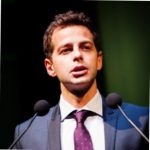