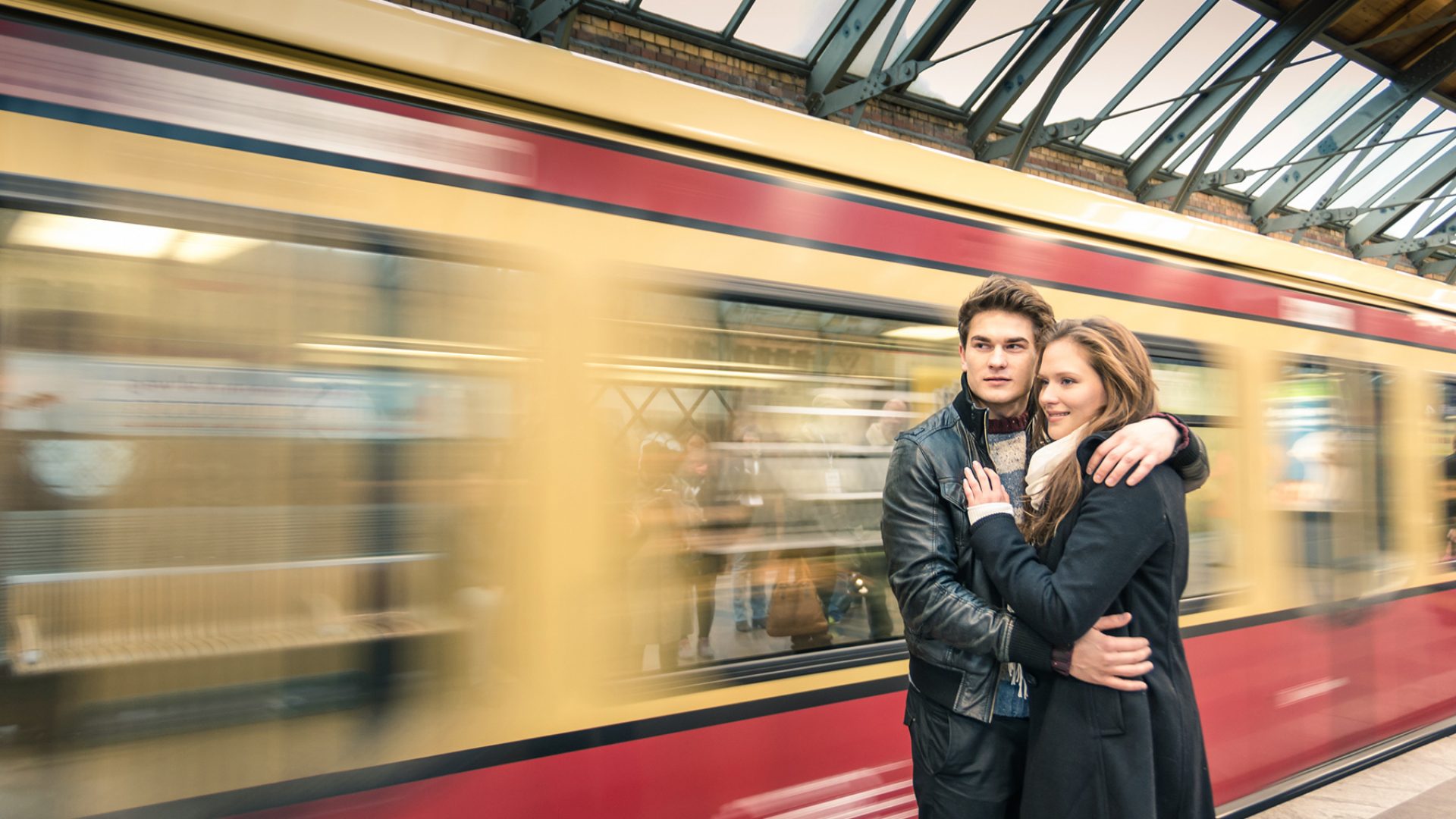 From dodgy swimwear and sauerkraut obsessions to cake-filled afternoons and evil Santa, we share the biggest telltale signs you’re dating a German.

Whether you loathe them or laugh at them, cultural stereotypes are there for a reason. Sure, it’s always wise to take them with a pinch of salt and not generalize an entire nation. But no one can deny that there are certain quirks that you are bound to come across when living in a foreign country. This is especially true when it comes to dating as an expat. And if your sweetheart happens to be German, you might relate to these telltale signs. German dating rule number one: fashionably late is not an acceptable excuse. This practical nation values orderliness above all else, which is great news when it comes to dating. Your partner’s love for punctuality means they will never rock up late on date night. On the flip side, their intolerance towards tardiness means you shouldn’t keep them waiting, either. But hey, relationships are all about compromise, right? These days, you also know better than to flippantly suggest getting together sometime or springing spontaneous plans on your Liebchen. If you don’t set an exact date and time, and engrave it on their calendar, it ain’t gonna happen.

2. You learned to accept the Speedo

You know you’re dating a German when you’ve had the debate about ditching those teeny-tiny swimming briefs – and lost. For some unbeknown reason, even the hairiest German men – and those with the most portly figures – love their budgie smugglers. They wear them at the beach, with shoes and socks at resorts, and, if they’re feeling fancy, with t-shirts while lounging by the pool. While some German men can be persuaded to don more modest beachwear, for most, there is no convincing them. Whoever said less is more must have been German!

3. You no longer make small talk

You learned pretty early on (maybe during your flirtatious attempts to catch your partner’s attention) that Germans don’t do small talk. Fleeting observations about the weather and the rising cost of pilsner will not hold your sweetie’s attention because they value deeper conversations with a purpose far more than pointless chit-chat. So save those random musings for a phone call with your gran.

Read our Guide to dating in Germany

While on the subject of conversation, you’ve also learned that Germans can be a bit muted when it comes to expressing their feelings. You know that “It could be better” might actually mean, “it’s great! I love it!”, so you’ve learned to crank up their responses a few notches in your interpretation.

4. You know that flirting gets you nowhere

Let’s face it, Germans aren’t exactly famous for their flattering charm, so if you’re dating one, don’t be surprised if some of your genuine compliments go straight over their head; or they don’t believe you’re being sincere. If your partner is more accustomed to dating locals than expats, they might not even realize your attempts at flirting with them. You kissed goodbye to fluttering your eyelids and twirling your hair long ago because you know this is lost on your straight-talking German. But as long as you turn up on time, and let them wear their Speedo, you’ll stay right in their good books.

Now this one can sting if you’re the sensitive type. But if there is one lesson you will learn from dating a German, it’s how to grow a thick skin. Being straightforward is hugely important in German culture, and men and women hold honesty in very high regard. This means that if there is something your partner doesn’t like, you will know about it; even if it makes you feel uncomfortable. But hey, at least you know where you stand, right? And this just means that you can speak your mind too. While many expats find this level of frankness in a relationship quite liberating, those who are more easily offended soon learn they have to toughen up to make it work.

You might not get the royal treatment from your German sweetheart, but that doesn’t mean you can’t have your cake – and eat it too. Come 4 pm in Germany, you are reminded exactly why you married (or are dating) a German: nationwide permission to have dessert before dinner. It doesn’t matter what else is going on, everything is put on pause for the traditional coffee and cake (Kaffee und Kuchen) break in the late afternoon. With so many delicious desserts on offer in Germany, you know you’re in for pure indulgence too. Now that’s a pretty sweet deal if you ask us!

7. Splitting the bill is no big deal

The Brothers Grimm may have spun more fairy-tales than you can shake a magic wand at but when it comes to dating in Germany, there are no Prince Charmings or damsels in distress. Gender equality is strong in this progressive country, so when it comes to dating customs like splitting the bill, women don’t have a problem reaching for their wallets. If you’re dating a German man, you know better than to expect any special treatment from him on account of being a woman. He knows you don’t need rescuing and respects you too much to treat you like a princess. That said, chivalry isn’t completely dead in the land of gender equality. He still gets to open the door for you and buy you dinner every once in a while.

Germany may be home to some of the most enchanting Christmas markets in the world, but the country might have just ruined Santa Claus for you. According to German folklore, on 6 December (otherwise known as Nikolaustag) St. Nicholas visits the homes of good children and leaves small gifts as rewards. However, the night before, his menacing counterpart, the demon-like beast Krampus, comes to punish the naughty children. The sinister creature swats them, stuffs them into a bag, and carries them off to his mountain lair. Now we don’t know if you’re planning to have children with your German partner, but if you are, you might want to consider which Christmas story you raise them on. After all, the idea of a demonic, pagan monster snatching them from their beds might lead to some pretty nasty nightmares before Christmas!

Thanks to your German sweetheart, you can no longer imagine serving pork without a ladle of Sauerkraut. In fact, this beloved fermented cabbage dish has become a staple in your diet. You’ve also come to view it as a magic cure for all stomach ailments thanks to all those lovely probiotics. While on the subject of German food, you’ve also learned the critical differences between Bratwurst, Currywurst, and Blutwurst. And while you might not be able to reel off the names of the 1,500 varieties of German sausage, you know it’s important to be spot on with the details. After all, this is Germany!

If you’ve made it this far and you’re about to marry the German of your dreams, congratulations! Now all you have to do is survive your wedding day. Sure, it’s likely to be the happiest day of your life, but you’re also aware that when it comes to wedding traditions in Germany, it’s all about pranks. If you’re the bride, you know there’s a good chance you will be kidnapped and taken to a bar where you must wait for your groom to find you. And you can forget about having a lovely, long lay-in the morning after your big day because you may well be woken by hidden alarm clocks ringing out at different times. Now, who said Germans don’t have a sense of humor!