Want to travel the world as a Swiss citizen? Find out who is eligible for a Swiss passport and the steps to take to get one.

You can apply for Swiss citizenship if you have been living in the country long-term, usually 10 years for most residents. This will mean that you can get a Swiss passport and other benefits of citizenship. Use this guide to find out what you need to know to get started, with sections on:

Switzerland has two official types of national photo identification – the national ID card and the Swiss passport. You can apply for a Swiss passport once you have Swiss citizenship. It enables you to travel anywhere in the world as a citizen of Switzerland.

The Swiss passport is in booklet form, similar to many other countries. It has a red cover with the white cross from the Swiss flag on the front, along with the words Swiss Passport written in five languages.

Since 2010, Switzerland has issued biometric passports with a chip containing fingerprints and face image. In addition, the Swiss passport contains:

You don’t automatically obtain a passport when you become a Swiss citizen. You need to apply for one through your local cantonal passport office. The State Secretariat for Migration (SEM) makes the decision on whether to grant a passport.

Benefits of getting a Swiss passport

Getting a Swiss passport enables you to:

Find out more benefits of citizenship in Switzerland

There are also obligations with Swiss citizenship. The most notable being mandatory military service if you’re an able-bodied male adult.

Who can get a Swiss passport?

You can apply for a Swiss passport if you have been granted Swiss citizenship. In general, there are two routes to citizenship in Switzerland:

Additionally, you will need to meet a number of other requirements. These can vary across the Swiss cantons but typically include:

Since 2017, special exceptions have been made for third-generation immigrants in Switzerland who can apply for fast-track citizenship if they meet certain criteria including having attended at least five years of Swiss schooling.

Applying for a Swiss passport

If you want to apply for a Swiss passport, you can do so through either your local cantonal passport office, if applying from inside Switzerland, or the Swiss embassy or consulate in your home country if applying from abroad.

You can make an application from inside Switzerland either online, by telephone, or by visiting your local passport office. Once you have completed your application form, you will be invited to attend an appointment at your local office to submit your photos, signature, and fingerprints. Some cantons allow you to submit your photo digitally on USB.

The process varies from canton to canton, but you may have to submit the following along with your application:

The process is largely similar if you are applying from overseas. You will just need to select ‘abroad’ or the name of your country of residence when asked for your place of domicile. Your Swiss embassy or consulate will contact you to submit your biometric data.

Applications normally take around 10 days to process from inside Switzerland and 30 days from abroad.

Switzerland allows dual nationality. In other words, you can become a Swiss citizen without renouncing citizenship in your home country. However, you will need to check that your home nation also permits dual citizenship.

Around 19% of Swiss residents aged 15 and above have dual citizenship. Conditions, rights, and responsibilities are broadly the same as for sole Swiss citizenship. Since 2017, dual citizens have been allowed to take up diplomatic positions having previously been considered less loyal and patriotic.

Renewing or replacing a Swiss passport

Swiss passports are valid for 10 years for adults and 5 years for children aged under 18. When your Swiss passport is due to expire, you need to apply for a new passport in the same way that you would for a first one.

There is no deadline for doing so but bear in mind that passports can take a few weeks to arrive. Because of this, it’s a good idea to start the process a few months before your existing passport expires. Also bear in mind that some countries stipulate that you need at least six months left on your passport in order to travel there.

You can apply for a new passport from your cantonal office, either online or by visiting the office. If you are overseas, contact the Swiss embassy or consulate in your home country.

Lost or stolen passports in Switzerland

If you lose your Swiss passport or it gets stolen, you should report it to the police immediately. You should also inform your cantonal passport office as soon as possible, or the Swiss embassy or consulate if abroad. The passport will be logged as missing by the Federal Office of Police (FEDPOL) to prevent it from being used fraudulently.

You can apply for a temporary passport through your cantonal passport office or the Swiss embassy or consulate overseas.

Cost of passports in Switzerland

A standard passport in Switzerland costs CHF 140 for adults and CHF 60 for children aged under 18, plus CHF 5 postage. For an extra CHF 8, you can buy a combined offer of a Swiss passport and a national ID card.

Temporary passports cost CHF 100 for both adults and children, or CHF 150 if issued at an airport. 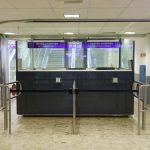 Guide for EU/EFTA citizens and relatives moving to Switzerland