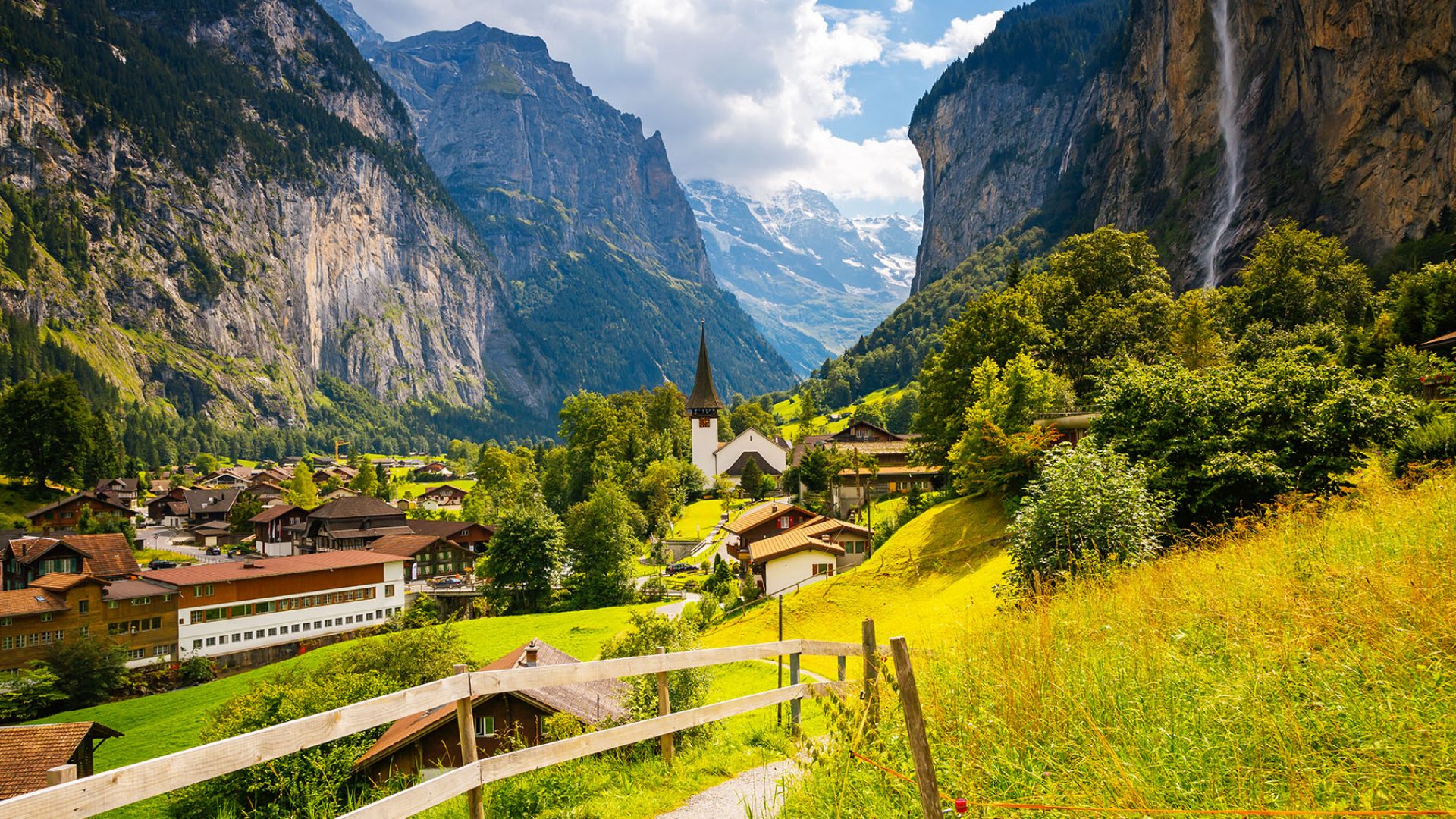 Home Lifestyle Things to Do The 10 prettiest small towns in Switzerland
Last update on August 26, 2020
Share

When it’s time to escape the cities of Geneva and Zurich, just two hours away Switzerland’s small picturesque towns feel like walking through a medieval movie set.

Cobbled streets and fairytale castles, decorated fountains and frescoed houses; it’s not hard to find such delights in many Swiss towns, largely thanks to centuries of neutrality. No cannons, no tanks, no crossfire; all of it means that almost every Swiss town has an unspoilt medieval heart. So which are the best Swiss towns to visit?

Sometimes the best things come in small packages. Rather than sticking to the big-name attractions like Lucerne or Montreux, it’s also worth heading out to discover small-town Switzerland. Here are 10 enchanting towns, each with far fewer than 10,000 inhabitants, which can be reached in an easy day-trip from either Geneva or Zurich. Any one of them makes for a perfect day by train or car.

This is one of those towns that many people rush past in their haste to reach somewhere else.

Estavayer sits on the southern shore of Lake Neuchâtel, the largest lake completely within Switzerland, with views across to the Jura mountains. An imposing Savoyard castle guards the bluff overlooking the lake, and within the former town walls are a host of atmospheric cobbled streets and squares.

Where the cheese comes from!

Stand in the sloping main square of Gruyères and you could be forgiven for thinking you’re on a Hollywood film set. Yes, it is that picture-perfect, complete with a brooding castle at the top of the town. This isn’t off the beaten track but despite the crowds it’s definitely worth it, especially if you arrive early. Be sure to indulge in a cheesy lunch while you’re here.

It would be hard to find a more complete small town. Not only are the encircling walls almost intact but you can walk along the ramparts and gaze across the rooftops.

Plus there’s a splendid gate with a clock tower, a main street of arcaded buildings, the obligatory cobbles and all set beside a pretty lake. What more could you want? Oh and it’s bilingual, too – known as Morat in French.

Is this the prettiest small town in Switzerland? It’s certainly the smallest one in this list, with barely a thousand residents and definitely one for the quaint-hearted.

It packs a lot into a small space: alongside the usual array of medieval houses and streets are an elegant 12th-century church and cloister and chunky town gates. The location beside the River Doubs simply adds to the romance.

Most likely this is one town that many Swiss people might struggle to place on a map.

It’s tucked up in the northwestern corner of the country, almost in France, and not really on the way to anywhere. It has a very authentic air about it, with a Gallic flair to its genteel buildings and a sturdy castle. Truly an unmanicured and unhurried spot to escape the crowds.

If muralled buildings are your thing, then this little town on the German border will blow you away. Walking around the historic center, you’ll be amazed that almost every other house is decorated with elaborate frescoes or graffiti paintwork.

Those that aren’t, still manage to fit in with half-timbered walls or gabled roofs. It’s a popular spot but the banks of the River Rhine are the place to find some peace.

Schloss Lenzburg is the type of Castle that deserves a big C. It’s a medieval medley of turrets, gates, and courtyards that could have been created by the Brothers Grimm.

At its feet is the charming town center, not full of angry townspeople (as the Grimms would have had) but instead an attractive array of fine-looking buildings.

If Disney could create its Switzerland, then it would probably look like Appenzell. Except this is real. In the middle of the rolling green hills that make up Switzerland’s smallest canton is the tiny cantonal capital, population 6,000 people.

It’s almost too pretty for its own good, with brightly painted wooden houses, narrow lanes, and inviting squares. This is about as traditional as Switzerland gets.

An archetypal Swiss town center has a wide main street lined with handsome buildings and topped and tailed by impressive town gates. That is Willisau to a T.

At the western end is the Obertor, a chunkier version of the refined Untertor at the opposite end of the small-but-grand street. In between the two are more pretty buildings than you can shake a stick at.

The best way to arrive in Rapperswil is by boat from Zurich, at the other end of the lake. The closer you chug, the more impressive it gets, with the pointed towers of the castle and church crowning the skyline.

Huddled around the castle hill is the lovely old town with its car-free center and lakeside promenade. Take a stroll then sit and enjoy an ice cream in the sun. Swiss bliss.

The best hiking trails in Switzerland

10 free things to do in Switzerland