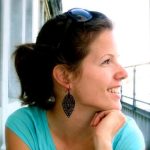 Celebrate Christmas the Swiss way with this list of top Christmas traditions in Switzerland, Christmas holiday activities, and a Swiss-German Christmas dictionary.

The Swiss Christmas season is just around the corner and the streets are full of Christmas lights and decorations all over Switzerland. There are certain aspects of Christmas in Switzerland that are universal like presents, the tree and fairy lights, but every country and region has developed their own way of celebrating – and Switzerland is no exception.

Unlike in the United States or other places around the globe, Santa Claus (who is based on the historic figure of Saint Nicholas) visits Switzerland not on 24 December but on 6 December. He does not bring gifts – we get those on 24 December like everyone else – but a huge bag filled with chocolates, peanuts and mandarins for everyone to share.

Let me explain how the Santa tradition in Switzerland works. In the evening of 6 December, the Samichlaus (or Santa Claus) visits every family with his helper Schmutzli, who is usually dressed in all-black clothes with a blackened face. Unlike in other countries, Santa knocks on the door and is invited in. (Maybe Swiss chimneys are simply too narrow for him to climb down?) Sometimes, Santa even has a donkey with him that carries his bag.

Once inside, he orders his helper to put down the big bag with the treats and open it. He then calls everyone forward one by one and gives them a report on how they behaved in the last year. He’ll sing them praises and sometimes mention areas for improvement. After receiving their report, every child can try to improve their standing with Santa by reciting a Christmas or Santa-related poem. A good report and a good poem will get a child a big handful of treats while a bad report and no poem is said to endanger you of receiving blows from Santa’s helper or being stuck into Santa’s bag and carried off with him. Promises to do better next year are said to save children from this fate.

Santa also gives a yearly report about adults including parents but usually in a comedic fashion not to be taken too seriously.

There are so many different kinds: Zimtsterne, Chräbbeli, Mailänderli, and Brunsli to name a few. We bake them and love to give away neatly arranged and filled cookie boxes or bags. So good!

As in many parts of Europe, people in Switzerland enjoy the tradition of counting the days until Christmas Eve. This is usually done with a Christmas calendar, also known as Advent calendar, which counts the 24 days from 1–24 December.

Either a store-bought or homemade Christmas calendar can be seen in most Swiss homes during the holiday season. It’s a fun way to count down the days until Christmas Eve.

Much like Christmas calendars, Adventsfenster or Advent windows are used to count down the days to Christmas Eve. Common in smaller towns and villages of Switzerland, this is how it works: all over the village or neighborhood, there are 24 people – mostly families and schools but also couples or even local businesses – who decorate one or more of their windows in a holiday theme.

During the decoration process and until a window is publicly revealed on its allocated day, the windows stay closed and the design hidden through the shutters. Designs usually include a combination of black paper for the different shapes and colorful dragon paper that will let light shine through from inside the room. The scene can depict anything from stars, animals, nativity scenes, angels, candles, etc.

Thus, every evening from 1–24 December, there will be one window opened at a set time. People are invited to gather in front of the house to watch how the shutters are opened and the picture is revealed. Oftentimes, music or a Christmas carol accompanies will be part of the meeting. Some people even offer little snacks like cookies or peanuts and a hot drink. After a bit of chatting with neighbors and friends, people return to their homes.

Once opened, the windows will stay lit every night until Christmas Eve (and sometimes, even longer). In some communities, there is a Christmas Eve tradition to go see all 23 earlier Adventsfenster before heading to the final 24th window.

Swiss people count the days towards 24 December and the big celebration is the Adventskranz or Advent wreath. An Adventskranz is usually a decorated circular wreath made of fir branches with four large candles fastened on it. As opposed to Christmas calendars, which start counting the days until Christmas from 1 December, Adventskränze count the last four weeks before Christmas Eve. The first candle is lit on the Sunday four weeks before Christmas Eve and then every week an additional candle is lit.

In the end of November, you can see small parades of beetroot lanterns all over Switzerland.

These are called Räbeliechtli. Children carve them at school with their teachers and parents, and walk around with them while singing through the villages.

According to Swiss tradition Santa visits Switzerland on 6 December and does not bring the actual Christmas presents –  those are said to be brought by the Christkind. Instead, he takes along a big bag filled with nuts, mandarins, cookies, and chocolates, which he distributes to the children he visits depending on their behavior during the past year.

The number of goodies one receives can sometimes be increased when the child (or adult) recites a poem or a short rhyme for Santa. Typically, these short poems are about the Santa tradition in Switzerland or the Christmas season. Some are simple while others are a bit humorous, which might not always be received well by the visiting Santa. Here are some examples of Christmas poems the Swiss recite to Santa:

Christmas is only a few weeks away and Advent season has begun. Soon. streets in every Swiss town will be lit up with Christmas lights and filled with Christmas songs. Brush up your Swiss German language skills and enjoy this Christmas season to the fullest with this helpful glossary of Christmas terms:

Are you spending the holidays in Switzerland and want to make the most of your Swiss Christmas experience? Here are some fun Swiss activities to do during the Christmas season:

Enjoy an afternoon of baking with your friends. Try yourself at some traditional Swiss cookies like Brunsli, Zimststern or Chräbbeli.

Create your own Grittibänz – a traditional man-shaped roll (you can find a recipe here).

There are ice skating rinks in almost every larger town in Switzerland. Have a glass of hot punch and skate a few rounds with your friends.

Plenty of smaller and bigger Christmas markets will captivate you. Choose one that is close to you from this list.

Make your own batch of hot glühwein and enjoy a cozy evening at home.

Yes, the Swiss go swimming in the lake even in winter. If you want to join the fun sign up here.

8. Make your own wrapping paper

Nothing beats a nicely wrapped gift. Get creative! Some suggestions can be found here.

Have your own outdoor Christmas and go decorate a tree in the forest. Be careful with candles though!

10. Make an Adventskranz or Christmas calendar

Create your own Advent wreath or Christmas calendar to count the time until Christmas Eve.