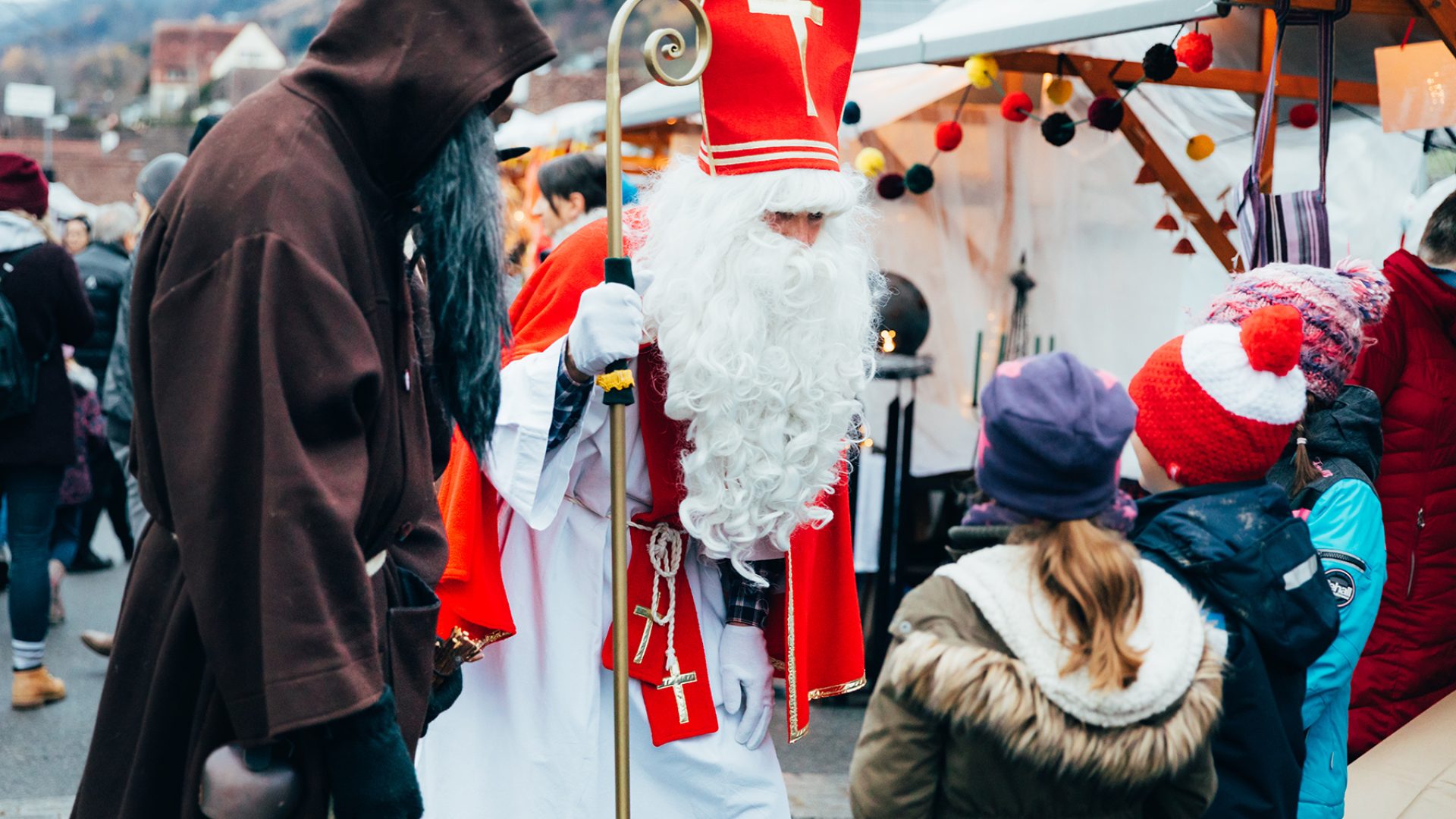 Samichlaus and Schmutzli: the Swiss Santa and his strange helper 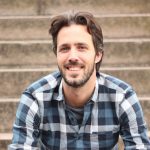 As the temperatures begin to drop, Swiss children eagerly anticipate the arrival of Samichlaus and Schmutzli. Who are the alpine Saint Nicholas and his strange companion? Let us review the story behind this iconic pair and how they fit into Christmas traditions in Switzerland.

With its mountain peaks and sweeping valleys, Switzerland is a nature-lover’s dream throughout the year. However, it is particularly beautiful around Christmastime, with festive lights adding a charming aesthetic to alpine villages. There are plenty of ways to get into the spirit of Christmas in Switzerland; visiting one of the many delightful Swiss Christmas markets should certainly be on your holiday to-do list. You won’t find Santa Claus and his elves at these festive gatherings, though; what you will encounter are their Swiss equivalents.

This primer to Samichlaus and Schmutzli covers everything you need to know, including topics such as:

The Swiss Father Christmas (Samichlaus) is based on traditions surrounding the historical Saint Nicholas. He was the fourth-century Greek bishop and gift-giver of Myra in present-day Turkey. Catholics observe the feast day for Nicholas each year on 6 December. Saint Nicholas was said to have shown particular kindness to children and became associated with the giving of gifts. The celebration of Saint Nicholas Day goes back centuries, spreading to Switzerland from Italy in the 11th century. The details of these celebrations vary between linguistic regions and between Catholic and Protestant cantons. Many became interwoven with the pre-Christian Germanic tradition of Perchtenlaufen – festivals involving masked noisy processionals meant to drive away evil spirits during wintertime.

Saint Nicholas is the inspiration for the Santa Claus character popular in many countries that celebrate Christmas. However, unlike the fat jolly Coca-Cola inspired Santa with red rosy cheeks, Samichlaus is traditionally wearing canonical robes similar to a Catholic saint. Another notable difference is that Samichlaus does not bring presents to children on Christmas Day. That job is left to baby Jesus (Christkind), who brings toys in secret and leaves them under the Christmas tree. Instead, Samichlaus takes along a big bag filled with nuts, mandarin oranges, cookies, gingerbread, and chocolates. Samichlaus hands out these tasty treats to the children he visits depending on how well they behaved during the past year.

Schmutzli: a helper for Samichlaus

You’ll find Samichlaus at Christmas markets, schools, and other events throughout Switzerland in the lead-up to 6 December. Villages often organize events in the forest, parades, and even home visits for families. Samichlaus doesn’t travel alone, though; he brings along a fairly creepy-looking helper who goes by the name of Schmutzli. Schmutzli represents the alter-ego of the benevolent Samichlaus, dressed in a long dark robe with shaggy dark hair.

The name ‘Schmutzli’ derives from the Swiss German word for dirty and he certainly lives up to the name’s connotation; Schmutzli often carries a broom, a whip of sticks, and a large sack wherever he goes. These items were traditionally used to threaten misbehaving children with violence or kidnapping.

Similar figures appear throughout Europe, including the chimneysweep servant Knecht Ruprecht in Germany, the terrifying monster Krampus in Austria, and the sack-wielding child-snatcher Zwarte Piet in the Netherlands. In France and the French-speaking part of Switzerland, Schmutzli goes by the name of Père Fouettard. The backstory is that long ago, Schmutzli was an innkeeper who robbed three boys on their way to boarding school, killing them in the process. Upon hearing this, Saint Nicholas took pity on the children and their gruesome fate, ultimately bringing them back to life. As punishment, Père Fouettard must become Saint Nicholas’ servant for eternity.

Samichlaus and Schmutzli don’t visit Swiss children on a flying sleigh from the North Pole but rather arrive pulling a donkey through the snow from their mountain cottage. These days, Schmutzli has all but retired from corporal punishment, preferring to spend his time silently assisting Samichlaus in distributing sweets to children. They can even be found playing football with school kids. Nevertheless, he remains a mysterious character that brings a touch of trepidation when seen alongside Samichlaus.

On 5 December, the eve of Saint Nicholas Day, Santa-chasing parades (Klausjagen) occur throughout Switzerland. Here, lantern-wielding Swiss kids raise a ruckus to herald the arrival of Samichlaus and Schmutzli. Families line the streets to greet Samichlaus as he passes, handing out gingerbread and candies to those who braved the cold to see him. The most famous Klausjagen in Switzerland takes place in Küssnacht on the shores of Lake Luzern. These festivities are full of bright colors, loud singing, clanging cowbells (Trychlern), whip-cracking (Geisselchlöpfern), glowing candles, and bellowing trumpets. The procession is lit by torches and lanterns (Iffeleträgern) that look like stained-glass windows.

When children meet Samichlaus, they generally recite a poem (spruchli) to him. Samichlaus asks the children how good they’ve been in the past year and encourages them to be even better in the year ahead. To thank them for their poems and reward their good behavior, Samichlaus and Schmutzli hand them the traditional treats of lebkuchen, chocolates, peanuts, and mandarins. Children learn spruchli in school or from family, and they’re also encouraged to write their own. Stuck for inspiration? There are plenty of examples of spruchli available online.

Children can visit Samichlaus and Schmutzli at their forest hut (Waldhüsli) in Zurich during the week leading up to 6 December. Zurich is even home to a special Samichlaus-themed Märlitram, chauffered by Samichlaus himself, making a loop around the city. Due to COVID-19 restrictions on events, there is even a Chlaustelefon, a hotline for children to have a free five-minute phone call with Samichlaus and Schmutzli. The hotline will likely remain open, even as Swiss coronavirus restrictions ease for celebrations in 2021.

On the evening of 5 December, parents remind their children to clean their shoes and place them by the front door of the house. If the children behaved well over the last year, they will wake up to find a Samichlaus bag (Chlaussack) placed in their shoes in the morning. If they were naughty, however, they may find a lump of coal or sticks delivered by Schmutzli instead!