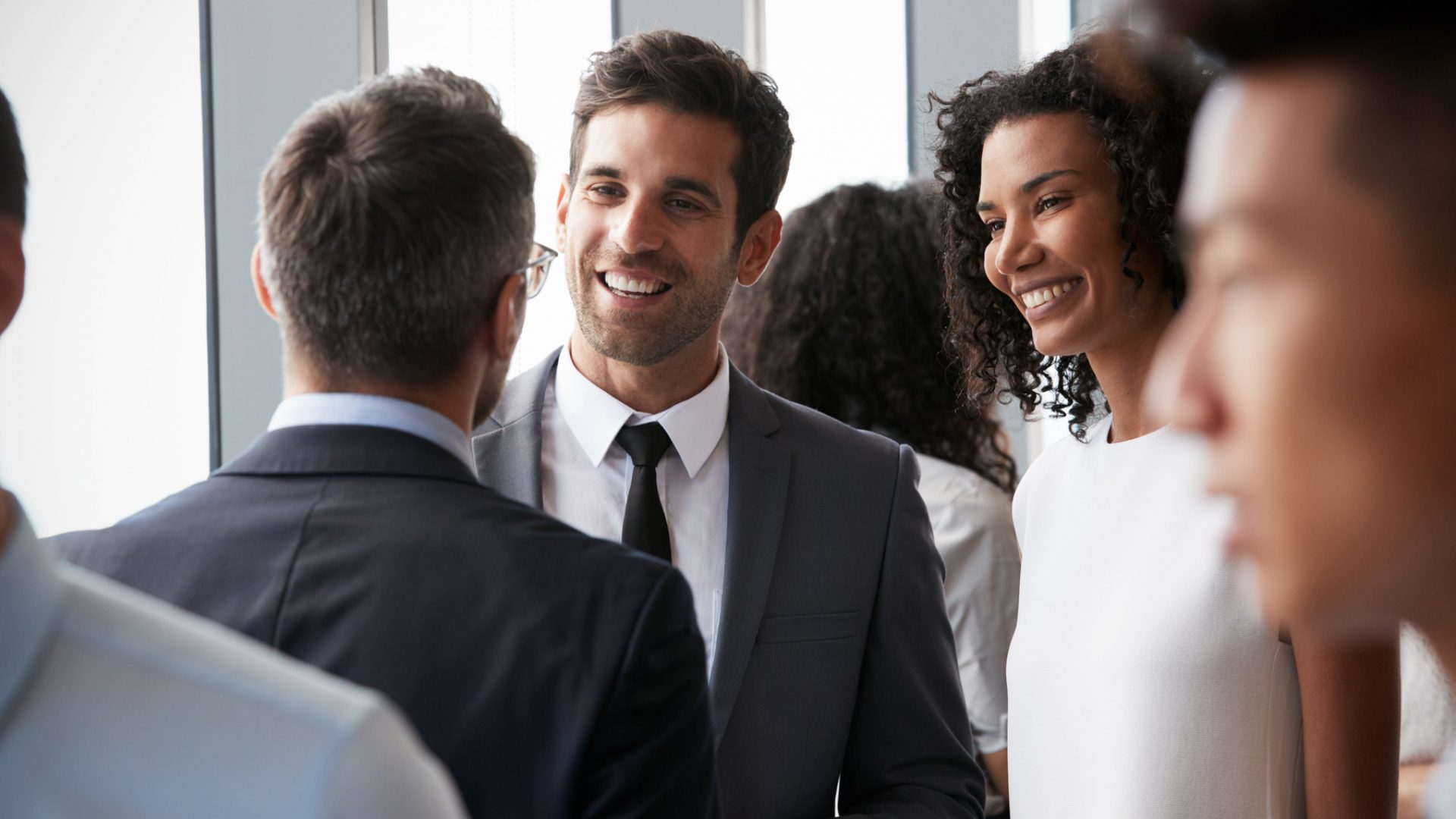 Learn how to navigate the world of work in your new home country with our guide to the local business culture and etiquette in Austria.

When it comes to navigating the business culture in Austria, there are some key differences that are important to know as an expat. With this in mind, this helpful guide explains the importance of customs such as punctuality, professionalism, and presentation. Furthermore, it outlines the conventions and daily practices that are essential to doing business in Austria.

The following information on business culture in Austria will have you conducting your business like a local in no time:

Best known for its skilled workforce and varied market economy, Austria boasts robust service, tourism, and agricultural sectors. Foreign trade is a growing area given the close ties the country has with Germany and other EU nations. With the euro as its official currency, foreign investment has been steadily on the rise.

Bordered by eight countries, Austria plays an important role as part of the EU. The export industry makes up approximately 50% of all domestic jobs. Austria boasts a consistently high quality of life, key location, and low crime rate. This all contributes to making the country an attractive location for setting up a business or relocating the family.

The business culture in Austria

There is a strong sense of social justice running through the culture in Austria. For instance, the welfare system supports those who fall on hard times. Furthermore, it props them up by providing opportunities to contribute to society and re-enter the workforce. Loyalty is a distinctive feature of the business culture and redundancy packages are common for those who lose their jobs.

Read our Guide to finding a job in Austria

There is a quintessential term in Austria, Gemütlichkeit. This sums up in one tidy word the idea of coziness and comfort with a sense of community and belonging in society.

Time and space in Austrian business

As a whole, the country values a healthy work-life balance. Austrians won’t view working into the night as a marker of ambition or enthusiasm. Instead, they will see this as an indication of poor time management skills or even performance. It is important to make sure you arrive on time for work and meetings. After all, punctuality is as paramount in Austria as it is in Germany and Switzerland.

You should work as efficiently as possible and leave at the preordained hour. In this efficient country, meetings are scheduled in advance and cancellations will likely cause inconvenience. Therefore, be mindful if you need to reschedule one. In Austria, office hours tend to be from 09:00 to 17:00. That said, Austrians often start earlier, with many at their desks by 08:00. An eight-hour workday is standard, with an hour-long break for lunch.

Business structure and hierarchy in Austria

An important thing to know about the business culture in Austria is that business structure remains traditional. Orderly and precisely scheduled meetings will follow a pre-set agenda that doesn’t leave room for much personal opinion sharing. As such, punctuality is essential for portraying a high level of professionalism. Throughout Austria, there is a pervading hierarchy, where the senior management team makes decisions with little input from lower tiers.

Diversity in the workplace in Austria

With increased immigration, diversity in Austria has increased considerably over the past decade. Even so, the country is ethnically homogenous with near 90% identifying as Austrian. The official language of Austria is German. Fortunately for newly-arrived expats, the government supports newcomers with job training and German-language courses.

Women in business in Austria

Austria still has a fair way to go before it reaches the same level of gender equality as other European countries. However, there is plenty of support for women working in the country. Inexpensive child care allows women to remain in the workforce. That said, the pay divide between men and women remains skewed in comparison to other countries in the region.

There are several groups in Austria that foster women entrepreneurship such as Female Founders and Professional Women’s Network Vienna. These platforms provide working women in Austria with information, assistance, and networking opportunities and have garnered thousands of members. Moving countries is a monumental life change. And if you are considering a career makeover at the same time, you’re going to want as much support as you can get. This is where these groups can help.

Austrians value academic titles and individual achievements, and society is governed by people who are selected according to merit. Therefore, people must earn their place in the hierarchy of business in Austria. Within businesses, different departments have clear distinctions between them, and responsibilities are clearly mapped out. In this regard, formality and respect are important to the overall structure of a company. Austrian businesses typically consist of a clear hierarchy. This means that top tier staff make the decisions and everyone below this level knows their role.

Business meetings and negotiations in Austria

In Austria, it is common to record all business transactions and discussions. Because emails are considered to be the same as business letters in Austria, they maintain a formality that is uncommon in many other countries. Therefore, make sure to address emails with proper titles and to follow protocol in all business dealings. Another thing to be aware of is that Austrians tend to prefer third-party introductions for new business.

As with everything in Austria, punctuality – even at networking events – is seen as a sign of a professional and efficient person. Therefore, it’s not wise to don’t go waltzing in ten minutes before an event is due to finish expecting it to linger past the end time.

The Vienna Business Agency is a great place to check out local business events, especially in the start-up and innovation sectors. The Upper Austrian government agency, Business Upper Austria, is also a good first port of call. It provides networking initiatives in the city as well as programs that support entrepreneurial innovation.

Read our Guide to starting a business in Austria

Work-life balance is built purposefully into life in Austria. As such, there tends to be a noticeable divide between work and play. For instance, business socializing is a more formal affair than in some other European nations. Any events outside of work will likely have an end goal that enhances the attendees’ professional careers. Essentially, you should consider these more networking events rather than after-work drinks.

When it comes to business etiquette, there are several similarities that Austria shares with the rest of Europe. However, there are also a few key differences that you should be aware of before attending your first meeting.

For starters, English is common across Austria. That said, Austrians will appreciate any effort you make to communicate in German. And a firm handshake – both upon the first introduction and when leaving a meeting – is commonplace. However, it is chivalrous to wait for female attendees to extend their hand first. And, unlike in France, men do not kiss when they meet. Physical displays of affection are typically minimal in the workplace.

Another key thing to bear in mind is that titles are of great importance in Austria. Therefore, make sure you always address people you meet by their full title. This goes for any correspondence as well. Only family members and close friends are on a first-name basis. So, until you have developed a relationship, refer to colleagues as Frau and Herr (Mr. and Mrs.) before saying their surname. This goes for any professional titles they have earned, too. You should wait until they have explicitly told you, ‘You can call me, Al‘ before using their first name.

Read our Guide to Austrian etiquette and culture

A brief spell of small talk is usual at business meetings (the keyword here being brief). However, it’s best to avoid talking about personal subjects such as religion or money. For the most part, Austrians keep their personal lives to themselves. And definitely avoid any mention of WWII or any references relating to the period! Despite having a typically private nature and formal business culture, Austrians are a relaxed bunch with a hearty sense of humor. Furthermore, it’s always a good idea to do some extra homework about the differences between Austrians and Germans; they don’t appreciate being mistaken for their neighbors!

Overall, office attire remains conservative throughout Austria and appearance is an important indicator of professionalism. Therefore, you can expect to see shirts and ties for men and conventional dresses or formal business suits for women.

In most situations, Austrians swap business cards when they meet someone for the first time. It is also a good idea to have one side of your card written in German to show professional courtesy.

If you find yourself dining at an Austrian’s home, make sure to stop on the way and pick up an even number of fresh flowers. An old superstition suggests that an odd number will bring bad luck – and you don’t want to bring that to the table!

Social provision through businesses in Austria

Austria places a lot of importance on equality within its community. As a result, a robust welfare system with supportive health, employment, retirement, and education systems is in place. These factors contribute to Austria’s high quality of life and its low rate of unemployment.

Looking for work in Austria? Search our job portal

Over the past several years, there has been a movement within businesses in Austria – as well as around the globe – to hire contractors. This way, businesses can forgo the benefits usually afforded to full-time employees. This is known as the gig economy and is now common in Austria.

Businesses in the community in Austria

Business founders will find a well-established start-up infrastructure in Austria. For instance, grants are available from the Austria Wirtschaftsservice (AWS) and the Austrian Research Promotion Agency (FFG). Furthermore, there are more funding opportunities from the Vienna Business Agency and the annual Houska Prize. In Vienna, you will also discover a host of co-working spaces and accelerators for entrepreneurs founding start-ups. As an additional feather in its cap, Austria ranks among the top five fair trade countries worldwide.

Business corruption and fraud in Austria

Austria boasts a rating of 77 out of 100 on the Corruption Perception Index (2019). This ranks the corruption level of a country’s public sector and 100 is deemed very clean. In essence, this means that at 77, Austria is doing a pretty good job of keeping its house in order. 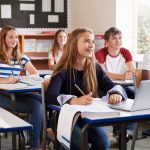