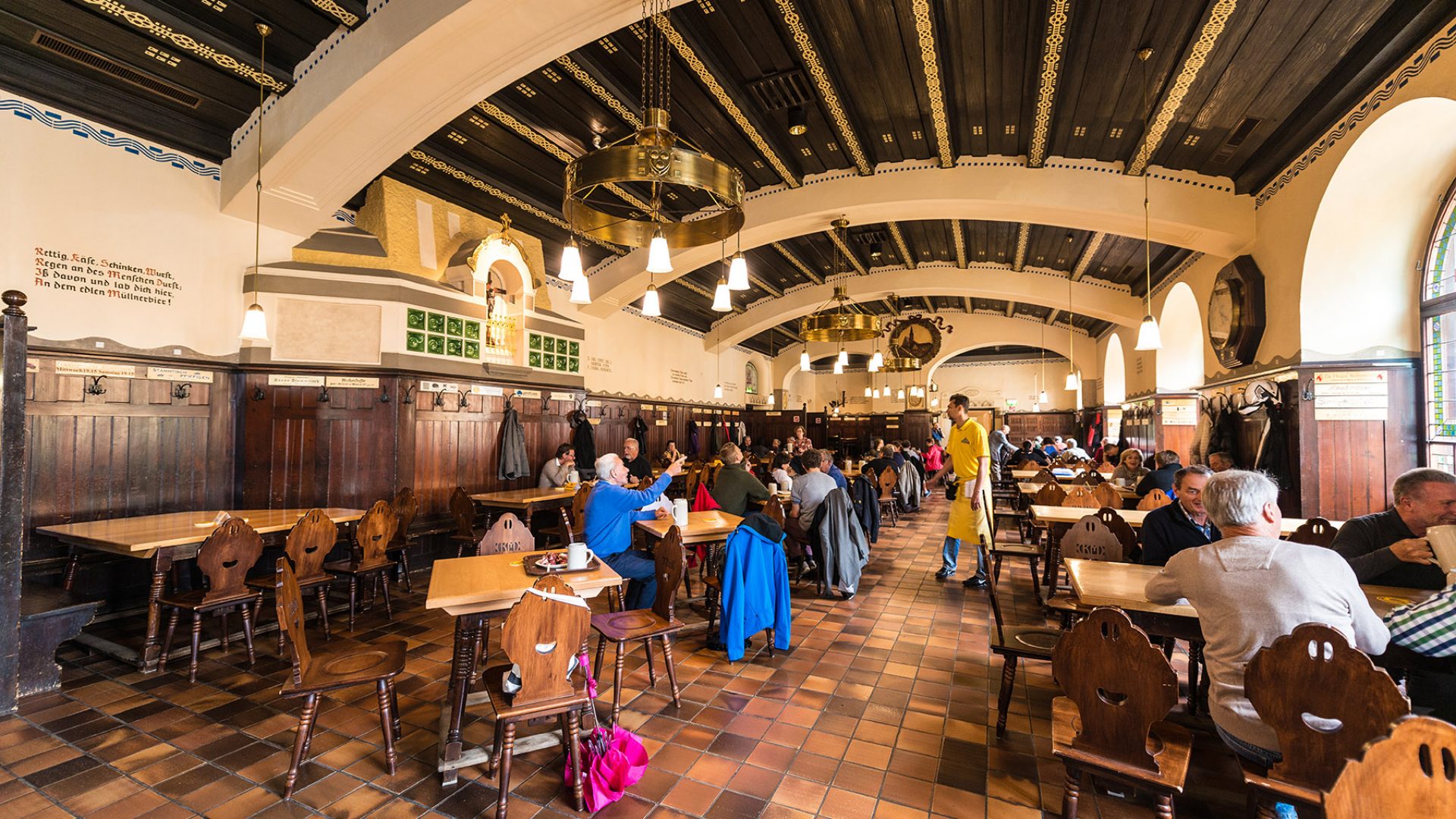 Austrian beer: a drinker’s guide to the Alpine nation

The Austrian beer scene is vibrant, delicious, and full of history, but can you tell the difference between a Vienna lager and a Märzen? We explain all.

Although Central Europe is one of the best areas in the world for beer, Germany and Czechia usually get most of the attention. However, despite living in the shadows of its neighbors, Austria is a beer paradise in its own right and boasts a rich history and plenty of great brews on tap.

So, if you’re ready to explore Austrian beer and all it has to offer, then pull up a barstool as we check out what’s brewing in the Alpine nation in this helpful guide which covers the following:

The history of Austrian beer

For centuries, brewing in Austria has been intimately tied to that of German beer, which has arguably influenced it heavily while also drawing inspiration from brewing traditions in the United Kingdom. The oldest existing brewery in Austria, Brauerei Hofstetten, dates back to 1229 and has been producing local styles such as Märzen for generations. Since then, beer has remained a key component of Austrian cuisine and is enjoyed throughout the country.

The face of Austrian beer underwent a dramatic change in the 19th century. Anton Dreher, a brewer in Schwechat, started maturing beer in a cold cellar (a process known today as lagering). As it turns out, this was a monumental contribution to beer production. Indeed, pale lagers which use this maturation method are now the most popular beers in the world. Dreher also used this process in combination with the distinctive Vienna malt and hot air kilns to create the Vienna lager, an Austrian beer style with a complex history and increasing popularity.

Dating back to the 13th century, Austria’s hop production is lengthy and storied. The most notable historically-Austrian hop-growing region now lies outside of Austria’s borders; Saaz noble hops are native to the Czech town of Žatec. Domestic hop strains, on the other hand, tend to be imported English varieties. Vienna malt remains popular among brewers the world over and is renowned for imparting subtle sweetness and a more pale coloring than say, Munich malt.

Where Austrians drink their beer

Going for a beer just about anywhere in Austria isn’t dissimilar from the experience you would find in neighboring Germany or Czechia. Typical pubs are warm and friendly with wooden tables and antiquated decor. If they serve food, it will fill you – think Schnitzel or Würstchen with a healthy portion of potatoes on the side. Unlike countries like the United Kingdom or the Netherlands, it’s uncommon for breweries to have a monopoly on local menus. As a result, most pubs serve beers from a variety of Austrian breweries.

Considering that today, Austrians drink more beer (107.6 liters per capita in 2018) than anyone else besides the Czechs (who consumed 191.8 liters in 2018), it’s unsurprising that they order drinks in larger formats. Indeed, Austrian bars typically serve beer in either a Krügel (0.5 liters) or a Seidl (0.3 liters), which are both tall and slender glasses with a handle on the side. By and large, Austrians drink beer domestically and imported beer remains somewhat niche in the country. Interestingly, beer is also more popular than wine in the western Austrian states than the eastern ones.

Bordering on both the German state of Bavaria as well as the Czech region of South Bohemia, Austria sits at the crossroads of Central Europe’s two great beer brewing traditions. Here are a few of the local Austrian beer styles that get the locals talking.

Arguably the national beer of Austria, Märzen shares some similarities with its cross-border cousin, the Bavarian Helles. While Bavarian Helles is the light golden seasonal favorite at Oktoberfest, Austrian Märzen tends to be more golden and amber in color; although lighter than a Vienna lager. It also has a sweeter taste due to the (often) caramel malts. A Märzen from Austria generally has a stronger malt character than the Bavarian variety, too. As a result, you’ll taste things like bread and spice more than grassy herbs and citrus fruit.

As the most popular style of Austrian beer, it’s not difficult to find a Märzen at most bars throughout the country at any time of year. Indeed, the default beer on tap is probably a Märzen, not a pilsener.

The tastiest Austrian Märzen beers include:

Vienna lagers, which are often referred to as amber lagers elsewhere because of their color, are rich, big-bodied lagers that pair well with a wintry evening in a cozy pub. These beers are traditionally served in large dimpled mugs, giving the drinker every opportunity to bask in their toasty malted character. Despite the name, Vienna lagers have actually long fallen out of favor among Viennese beer drinkers, becoming more of a historical footnote or a minor trend among North American craft breweries. One bold writer even calls the Vienna lager the expat of beers, which strives to build its reputation abroad before trying to repatriate.

Austria’s rediscovery of this local lager is still in its infancy. In fact, a number of brewers are trying to adapt Anton Dreher’s original Vienna lager recipe to modern tastes.

Some of the best Vienna lagers from Austria include:

A Zwicklbier is less of a specific style of beer and more of a process that doesn’t involve filtration. Whereas a typical lager beer is bright and as clear as water, a Zwickl has a misty or even cloudy appearance due to all of the yeast floating around. Many Austrian breweries sell a Zwickl, which is sometimes brewed for purpose. More often than not, though, it’s simply an unfiltered version of one of their core beers.

Considering the lack of filtration or pasteurization, Zwickl beers are best enjoyed as fresh as possible. And while plenty of Austrian breweries sell Zwickls by the bottle, they’re a treat from the tap if you can find one.

Craft beer and homebrewing in Austria

Just like neighboring Czechia and Germany, it isn’t difficult to call the Austrian beer scene ‘craft’ even if you discount breweries that began operating within the last 20 years. Beer in Austria is an intensely local affair and while national brands exist and are quite popular everywhere from Vienna to Villach, it’s not uncommon for the average beer drinker to stick to the regionally-made options instead.

The most well-known craft brewery in Austria, Bevog, has a peculiar origin story. Based in the Styrian riverside spa town of Bad Radkersburg, Bevog is owned and mostly operated by Slovenians; the neighboring country lies just on the other side of the River Mur. Elsewhere, Upper Austria (which borders both Bavaria and South Bohemia) was a historical hub for brewers and remains so to this day. Cities such as Vienna and Salzburg, however, are becoming craft beer destinations in their own right, boasting plenty of brewpubs and Europe-focussed craft beer bars.

Fancy a drink? Discover the 10 best bars in Vienna

A few of Austria’s most intriguing craft breweries include the following:

Fortunately for adventurous beer lovers, homebrewing beer is legal in Austria. Indeed, there are no restrictions when it comes to producing it in your home as long as it’s for your own personal use – so get brewing! If you’re keen to give it a go, then webshops such as BeerLovers (in German) and Holzeis sell plenty of homebrewing equipment as well as the ingredients you need to start making your own brew.

The most popular beer brands in Austria

Similar to other European countries, many of the biggest beer brands in Austria produce crisp and golden beers. That being said, while neighboring countries such as Czechia and Germany tend to devour pilseners in large quantities, Austrians favor the local style of Märzen. Similar to a Vienna lager, Austrian Märzen is typically brewed with caramel malts, giving the beer a slightly sweeter taste and sometimes a slightly darker golden color.

The most popular Austrian beer brands include: A complete guide to Austrian drinks The 10 best bars in Vienna 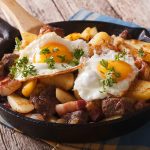