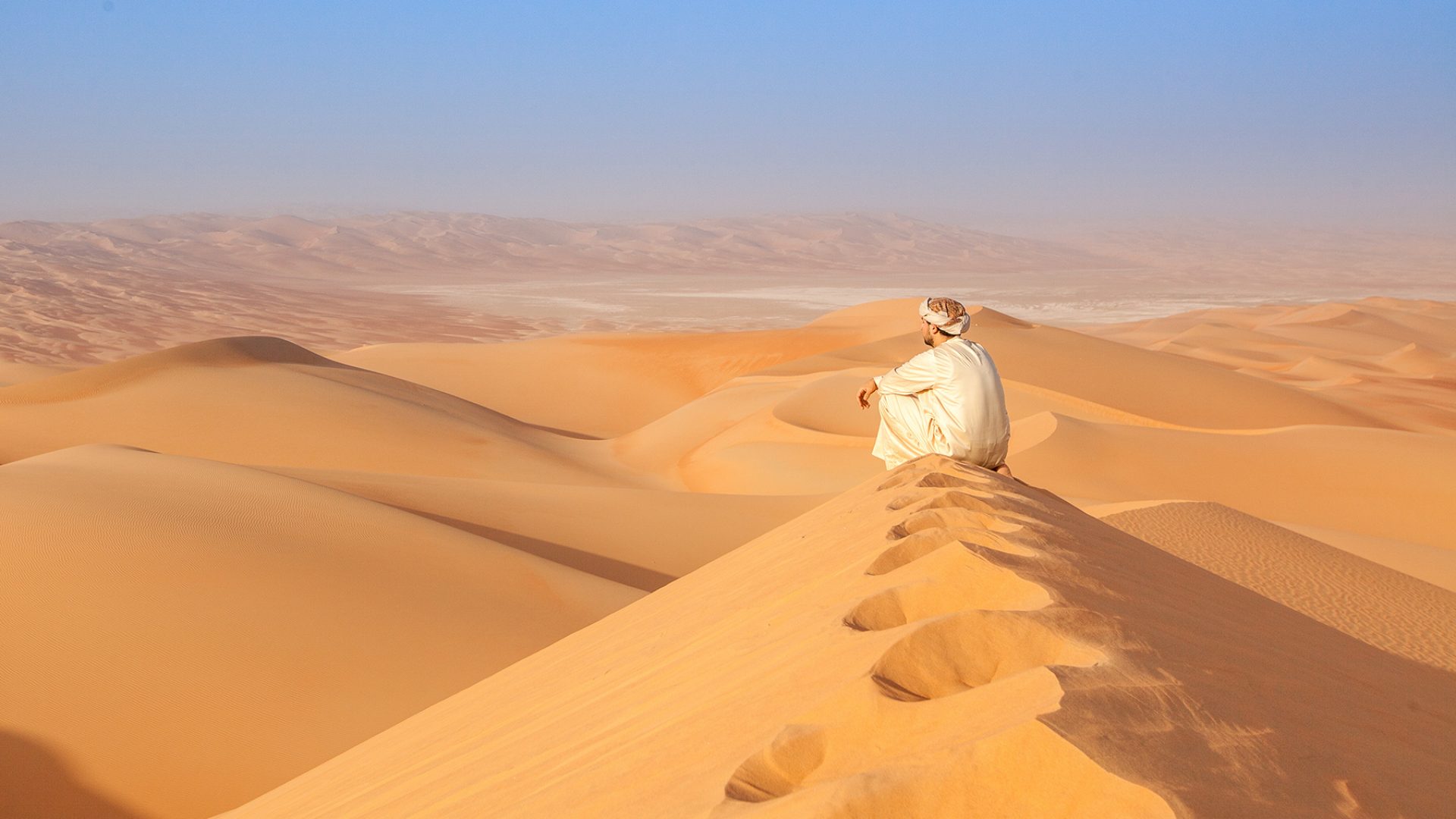 Getting a divorce in the United Arab Emirates 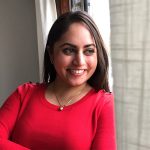 We tell you everything you need to know about getting a divorce in the United Arab Emirates, from costs and processes to grounds and settlements.

Divorce is a growing trend throughout the world, and the UAE is no exception. Additionally, getting a divorce there can be much quicker and simpler than at home, which is why many expats choose to file for divorce there, rather than in their home country. This helpful guide will take you through the process of how to get divorced in the UAE.

The guide including the following information:

An overview of divorce in the UAE

You may think that getting a divorce in the United Arab Emirates is an uncommon occurrence. However, the country has the highest rate of divorce in the Gulf. In fact, there were over 1,000 divorces in the UAE in 2018, and just a third of these were for Emirati couples. There may be several reasons why the country has such comparatively high divorce rates.

Getting divorced in the UAE is relatively easy. The Personal Status Court deals with both Emiratis and expats and can issue a divorce certificate in as little as a month. The process is usually straightforward and involves counseling, settlements, and court appearances.

Additionally, there is a myriad of reasons why couples may get a divorce. For instance, many cases cite infidelity, poor communication, financial strain, and cultural differences as reasons for divorce.

The process of getting a divorce in the UAE can differ between Muslims and non-Muslims. For the sake of expedience, this guide looks at how to get divorced in the UAE court system, which will be most applicable to expats. It is important to remember that Sharia Law applies to all divorces in the UAE.

The legal grounds for divorce in the UAE

There are several considerations when it comes to how to get divorced in the UAE. Perhaps one of the most important is why the couple is initiating the divorce. Whatever the reason, you will need to meet certain requirements. While there is no required period of separation, the couple must be resident in the UAE for at least six months before filing for divorce. Additionally, a person of any religion or nationality can request a divorce.

There are many reasons why a couple may choose to end their marriage. In the UAE, some of the most common reasons include religious and cultural differences, loss of a job, and a lack of communication. However, these do not, in and of themselves, constitute legal grounds for divorce. Nevertheless, there are several legal grounds for divorce, including things like mental incapacity, disability, and non-payment of dowry.

It is important to note that your reason for divorce can have unintended consequences. For example, while adultery does provide legal grounds for getting a divorce in the UAE, it is also a criminal offense. In this instance, the alleged adulterer could be subject to prosecution or deportation after the divorce. Because of this, most lawyers encourage their clients to reach an amicable settlement; when this happens, the parties don’t have to name and prove grounds for divorce.

Below, you will find more details on some of the most commonly used legal grounds for divorce in the United Arab Emirates.

Infidelity is responsible for the dissolution of many marriages around the world, including the UAE. This is where one partner pursues a sexual relationship outside of the marriage. Proving adultery can be difficult as you will need more than suspicions and circumstantial evidence. It may require more concrete evidence like eyewitness testimony, photographs, and phone records, for example.

Abuse in a marriage can be physical or mental, but both constitute grounds for divorce. To prove a case of abuse, the petitioner will need to provide medical reports. Additionally, two male witnesses must corroborate the allegations. Female witnesses can appear on behalf of the claimant but only count as half witnesses.

Legally, desertion is when one party leaves the marriage without the other’s consent. However, the desertion must be of a certain period to constitute a legal ground for divorce. This is usually one or two years.

A silver lining of getting divorced in the UAE is that you may not automatically have to leave the country. If you have a spousal visa, you will almost certainly lose it through a divorce. However, the UAE recently introduced a new visa rule for female divorcées. This new visa allows a female divorcée and her children to stay in the UAE for up to a year after her divorce; although she can extend this for a total of two years. For this, you must show your divorce certificate, prove that you have housing, the ability to earn a living wage, and provide medical certificates. Furthermore, there is an AED100 charge.

If a wife sponsors her husband’s residency permit, this will also be canceled during the divorce. He will then need to get a work visa or set up his own company in order to remain in the country.

The process of getting a divorce in the UAE

Getting a divorce in the United Arab Emirates can be quite simple.

In fact, if the parties can reach a quick settlement, the process often takes just a month. They call this a mutual consent divorce; and, because both parties have reached an agreement, they don’t have to provide legal grounds for the divorce. The first thing you will need to do is file for a divorce in the emirate you are living in.

The first step in the divorce process is conciliation. At this stage, the couple will try to iron out their differences or, at least, reach a settlement. You will need to show your marriage certificate and contracts, passports for both spouses and any children, and birth certificates. Additionally, each document should be translated into Arabic. By law, this stage can only last three months. After this, there are two ways to proceed.

In any case where the parties can’t agree to a settlement, the case will go to the First Instance Court. After filing, the defense will reply and the initiating party will counter; this process will go on as long as necessary for the judge to make a decision on the case. Both sides can choose to have a lawyer represent them, although this isn’t strictly necessary. Additionally, cases are heard in Arabic, however, the court will provide a translator. After a judgment is made, either party will have 28 days to appeal. The Appeals Court process is similar to that of the First Instance Court, except that three judges preside over the case.

Once the last judgment is made, the case will move to the Court of Cessation. The court will review all documents relating to the case to ensure that due process. You won’t be able to present new evidence at this stage.

Cost of getting a divorce in the UAE

Getting a divorce in the UAE may be relatively easy, but it won’t come cheap. On average, you can expect to pay AED8,000-AED25,000 for an amicable divorce. If a divorce involves a lengthy litigation process, the cost can soar up to AED50,000. In addition, you will need to get all the necessary documents translated into Arabic. This usually costs AED80 per document.

Things to consider when getting a divorce in the UAE

Under UAE law, a child’s biological mother is the custodian, while the father is the guardian. Custody – which often goes to the mother – involves day-to-day care, including education, medical treatment, religious guidance, and accommodation. The guardian is responsible for financial support; the father usually gets guardianship. Custody and guardianship are separate entities in the United Arab Emirates.

Usually, the mother will get custody of a minor child. She must prove that she is rational, mature, honest, free from infectious disease, and able to bring up a child. Additionally, she can’t remarry without the permission of the court. In the rare case where custody goes to a father, he must have a woman – like a female relative – at home to care for the child.

In certain cases, a mother may claim the right to extend the custody period until her son has completed his education or her daughter marries. Conversely, a father can claim custody of his son at any point if he feels the mother is raising his son to be “too soft.”

An equally important consideration is visitation. Guardians usually have the right to spend time with their children. A judge will normally award one or two days a week unless the settlement specifies a different agreement. Correspondingly, this means that the custodial parent can’t move to another country without the express consent of the guardian.

An additional consideration in divorce is property division. In the United Arab Emirates, this could apply to everything; from bank accounts and real estate to businesses and cars. Generally speaking, each party will retain all property or assets that are in their name. In addition, a judge will typically divide joint assets – such as bank accounts that are in both names – equally between the two parties.

Of course, real estate is an important consideration, especially the marital home. Judges prefer to assign the marital home to the custodian so that the children can maintain as normal a life as possible while their parents go through the divorce.

Once the divorce is final, the husband has to financially support his ex-wife. A man will need to provide his former wife and children with food, clothing, and appropriate accommodation. He will also need to cover education expenses, and the salaries for any necessary home employees, such as a maid and driver. Spousal maintenance can reach a maximum of 30% of the husband’s income, however, he can pay more if he chooses.

Wives do not have to pay spousal support to their husbands. Similarly, a woman forfeits any right to maintenance under particular circumstances. These include abandoning the marital home; denying her husband a sexual relationship; or refusing to travel with him.

Alternatives to getting a divorce in the UAE

Mediation is becoming an increasingly popular choice for couples getting divorced in the UAE. This is because mediation can mean lower costs, reduced acrimony, increased flexibility, and most importantly, quick resolutions. Traditionally, mediation requires both parties to attend several meetings – of several hours each – to discuss pertinent issues and reach agreements. Both parties can have their own lawyers present, but they can also choose to represent themselves. Once both parties agree to a settlement, the divorce proceedings can go through the courts very quickly.

In 2017, the UAE introduced an alternative to traditional divorce mediation. The new system will allow couples getting a divorce in the UAE to attend mediation with a religious leader of their own faith. The religious entity will usually cover the cost of mediation. After reaching a settlement, the couple will fast-track their divorce through the courts and pay a small fee of a few hundred dirhams to formalize the dissolution of their marriage.

Ending a civil partnership in the UAE

What are the best ways to prepare yourself for dating after a divorce? Dating in the United Arab Emirates