Tips for travelling in Russia Part 1

Many travellers are keen to visit the mysterious land of the tsars, but are put off by the visa applications and language barriers. Austrian expat Evy Hua offers some tips on how to travel around.

Language barrier is probably the main problem as people travelling through the country will have to understand at least basic Russian and read some signs. In the larger cities quite a lot of people — mostly members of the younger generation — understand English, but don’t expect to find a lot of English-speakers.

Even though nearly all of my experiences in Russia have been positive, there are some things that never change. Just like in every country, if you buy souvenirs and the price is not posted, tourists usually end up paying more.

When I planned a trip to Lake Baikal through an agency, they offered us a room for around RUB 3,000 (USD 98) per person per night. When my boyfriend, who is a native Russian speaker, called the hostel directly, it was RUB 750.

If you plan a trip to Russia and speak basic Russian, it makes sense to surf the internet and try to contact hotels/hostels directly. Or try the couchsurfing social network. You get in contact with people before your trip online and after agreeing, you can stay with them a few nights. literally on their couch.

My Russian language skills are basic, but I am generally friendly to people I meet on my journeys. Like everywhere you will meet grumpy people and friendly people, but I would not say that Russians are in particular more unfriendly than people in any other nation.

I remember an old lady on Olkhon island in Lake Baikal who communicated with me despite my very basic Russian and offered me homemade jam and mushrooms. Or the lady we met on our journey who invited us to spend a night at her home so we could save on the hotel.

People seem open to foreigners and are generally interested in meeting them. Don’t be afraid if some Russians invite you to drink with them. It is generally a great opportunity to make friends and get into interesting talks with them. Russians are very understanding if you don’t pour the vodka down like them and they normally will never force you to drink.

Just like in any other place, you can get your wallet stolen by pickpockets if you are not careful. Personally I never felt particularly unsafe, not in Moscow nor in the regions. Pickpockets are not endemic to a special place, they can be anywhere.

Travelling by car can be a problem because some roads are in rather bad condition, even in Moscow. If you arrive at Sheremetevo airport, the main highway going into the centre is not in the best condition and is always packed with cars.

If you arrive in Moscow, I strongly recommend taking the aeroexpress train to the center. But around Moscow a normal car will usually do to let you experience the countryside. Siberia is a little more tricky.

If you decide to travel to Irkutsk and on from there, please think twice about trying drive by yourself. Recently I drove 414 miles north on the Dalton Highway (a mostly gravel road, also called the “suicide highway”) in Alaska and gained some valuable experience in driving.

However, driving in Siberia is still something I would leave to local professionals as driving there is a hard-core off-road experience. When we took a small van from Irkutsk to Olkhon, our driver stopped twice to change a blown tire. Sometimes it seemed that the entire vehicle would flip over.

And of course the further you go from Irkutsk, the worse the roads become. When the roads are bad, at least the landscape seems even nicer and enjoyable. And you can always travel by train. Of course there is a way to travel Russian style. It’s called “platzkart” and you will really mix with the locals. But there is also the normal or deluxe booking class. 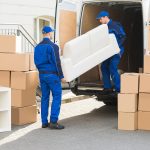 Relocation options for moving to Russia

Tips for travelling in Russia Part 2