You can pay your for transport by either a travel card or separate tickets. Another option is to get a smart card, which is valid for a number of days during which you can travel without limit. There is also a monthly smart card available for students, which is much cheaper than the normal one.

Note that a normal ticket does not entitle you to transport free luggage, if the height, width and length exceeds 120cm; in that case a special passenger-luggage ticket is needed.

Tickets for all types of public transport can be bought from multiple locations all over Moscow. They can also be bought from the driver, but they are slightly more expensive.

If you are not in possession of a valid ticket, and you get controlled, you will have to pay a fine. The fee is RUB 100. The controllers are recognizable by their black uniforms with Mosgotrans logos.

The Moscow metro is the quickest and most inexpensive way to travel. It is usually also the most reliable form of public transport. The metro is also famous for its architecture and history, which make it a popular tourist attraction. In total there are 177 stations with 12 lines crossing through Moscow, and around 9.5 million passengers use the metro daily.

The metro runs from 5.25am to 1am every day. The working hours are extended during some public holidays and celebrations.

Traveling by bus is a good way to get around as it is one of the most commonly used means of transport. Buses can also take you into suburban areas. There are around 1,000 different routes, ensure that you can get comfortably to almost any place in the city.

Many buses in more remote districts and along the highways stop on request. There are screens on the buses to indicate the direction and the next stop. Stops are marked with orange and yellow signs with the letter A. Unfortunately, the stops are usually not lit at night.

A trolleybus is a mixture of a tram and a bus. It looks like a bus but works on electricity which is drawn from overhead wires.

Moscow has the largest trolleybus network in the world and the blue trolleybuses have become somewhat of a symbol of the city. It is a very economical and ecological form of transport.

A tram is the safest way to travel in Moscow. However, they have been replaced in some districts by the trolleybus and other means of public transport and, unfortunately, many of the tramways in the center are currently not in use. The city is busy working on new tramways, as well as so-called ‘express tramways’ which will be much faster.

There are about 5,000 taxis operating in Moscow. The taxi services are provided by private licensed firms and all the cars go through a check-up before being able to take passengers. Taxis offer both normal services and special VIP services on more luxurious cars. In Moscow, there are also special taxis for women, which are bright pink and driven by women.

Almost all firms offer the possibility to order a taxi beforehand. You can order a taxi by phone or via the internet. Taximeters are not that common and most of the cars don’t have one. Often the fee is negotiated with the driver. The price depends on the distance of course, but also on the brand of the car or even the year of release. Minimum cost is usually around RUB 300-400. In the evenings the rates are a bit higher.

You should only trust the official taxi services for your own safety, although unofficial taxis are very popular.

Getting a Russian driver’s license: schools, tests, and exchanging a foreign license 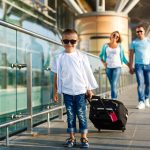 Travelling with children in Moscow 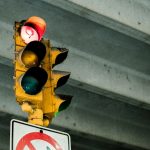 Driving in Moscow… with Bart