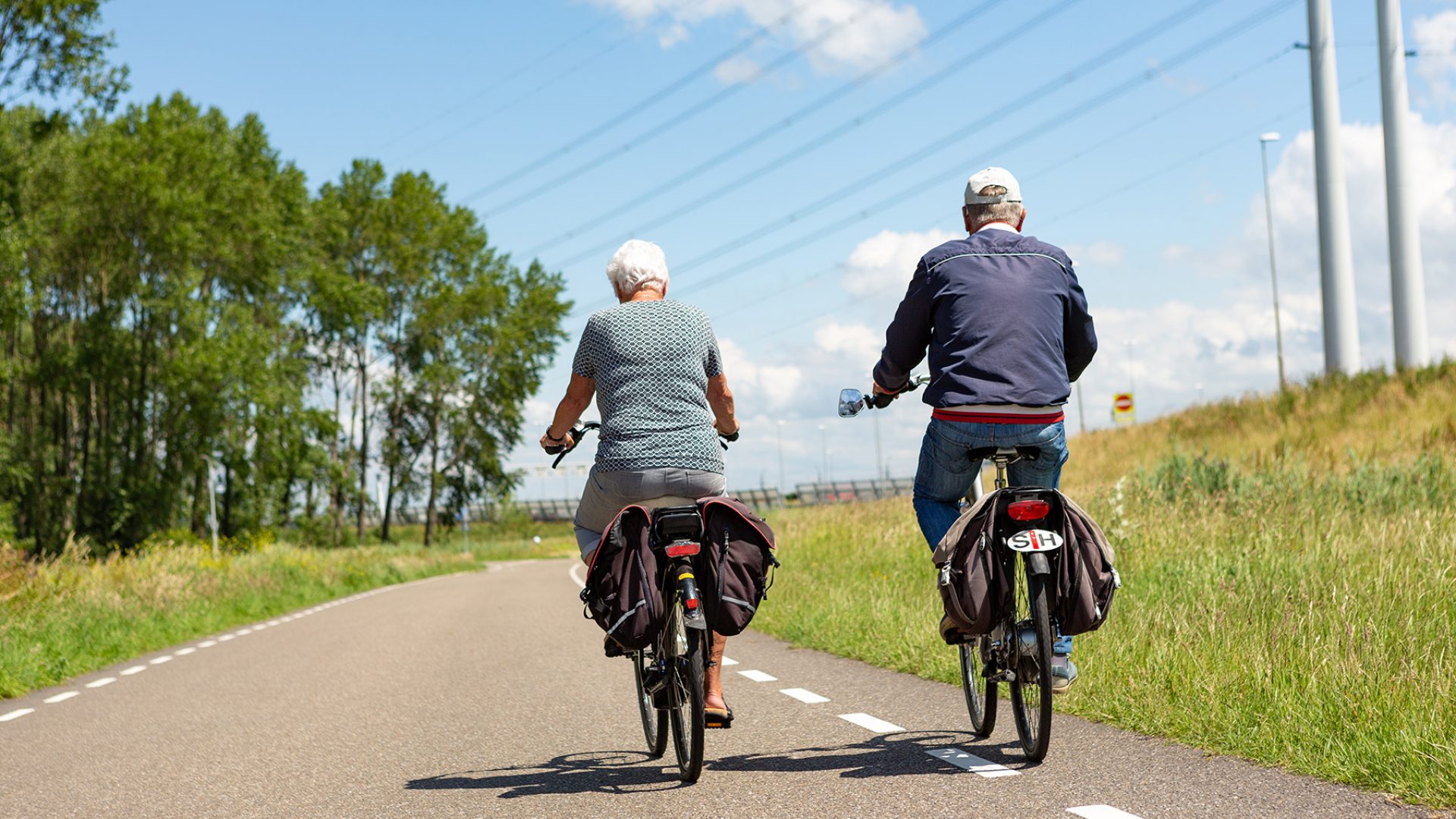 The pension system in the Netherlands

Many expats are attracted to retiring in the Netherlands for the high standard of living, good Dutch healthcare, and quality of life. However, the key to a comfortable retirement is planning, and with retirement abroad, it’s even more important you are well-prepared.

The Netherlands ranks as the eighth-best place to retire on the Nataxis Global Retirement Index based on health, finances, quality of life, and material wellbeing, while the Dutch pension system was ranked second overall in the Mercer’s Global Pensions Index 2016, after Denmark. This positions the Netherlands as an attractive location for both native and expat pensioners with a robust and sustainable pension system that provides good pension income and standards for living.

The Dutch statistic authority reported in 2017 that the average pensioner in the Netherlands had a disposable income of some €23,000 in 2015, or €40,000 for couples. Only around 4% of pensioners were reported as having a very low income.

Who is eligible under the Dutch pension system?

The Dutch pension system is made up of three tightly connected pillars, which all contribute to your Dutch pension fund. Interference with one pillar almost always has consequences for the other two.

The Dutch pension system mandates compulsory participation for all Dutch residents, including both employed and self-employed workers. Some pensioners are also required to make contributions, albeit at a reduced rate. The Dutch pension system is financed through capital funding and the triangular relation between employer, employee, and pension providers.

As such, any individual who has been living or working in the Netherlands is typically insured for the Dutch state pension Algemene Ouderdomswet (AOW), which makes up the first pillar of the Dutch pension system. Excluding individuals born before 1 April 1950, the minimum contribution period is one year in order to qualify for a Dutch pension.

Since 2012, state Dutch pensions commence on the actual day a person reaches the Dutch retirement age – rather than the first day of the month when they are due to retire in the Netherlands.

Like most countries, the day you actually receive your AOW Dutch pension will depend on your date of birth. The Sociale Verzekeringsbank (SVB) offers a Dutch pension age calculator to find your individual Dutch retirement age.

It is also possible to opt for early retirement in the Netherlands, but this must typically be financed independently as your AOW will not be issued until you receive official Dutch pension age, or otherwise be subject to a reduction. However, you may be eligible to bridging benefits if you opt for early retirement (vergelijkbare uitkering, VUT) if you meet the conditions. The SVB provides more information.

How much Dutch pension will you receive?

Your Dutch pension fund will be calculated based on your social security contributions, alongside employer and employee contributions from occupational pensions and optional private pension schemes if applicable.

How much of the state Dutch pension fund you’ll receive depends upon a number of factors, including how long you have lived and been insured in the Netherlands, as well as your living arrangements. Every year you live or work in the Netherlands, you build 2% towards your state pension. To receive the full pension (100%), you must have contributed for 50 years; otherwise, a reduced amount will be calculated based on the length of time you paid contributions.

If you move outside the Netherlands it can reduce your Dutch pension rate. An individual aged between 15 and 65 can lose 2 percent of their Dutch pension for every year out of this 50 they haven’t lived in the Netherlands. However, in some circumstances, foreigners working abroad can still remain under Dutch pension scheme (check here). If your situation causes a pension gap, some foreigners may choose to take out voluntary AOW insurance within 12 months of moving abroad.

Like most countries, pension income is taxed in the Netherlands. Certain pensioners must also pay national insurance, while all must make health insurance contributions (5.4% of gross AOW in 2017). However, tax rates are reduced for pensioners and the amount you pay will depend on your personal circumstances. Read more about the Dutch tax system and Dutch income tax rates.

The SVB outlines Dutch pension rates with gross and net values, as well as contribution amounts for tax, national insurance, and health insurance (Zorgverzekeringswet – Zvw). If you’re entitled to the full AOW Dutch pension, single pensioners can expect to receive a gross total of €1,153.35 in 2017 (70% of the net minimum wage), or €794.59 for married or cohabiting couples (50% of net minimum wage).

Pensions in the Netherlands for expats

EU/EEA/Swiss nationals are able to combine state pensions earned in all other member countries to count towards calculating their Dutch pension eligibility and amount. This process is done centrally by notifying the pension office in the country you currently reside. They will then calculate a pro-rate pension allowance from each country. The EU provides an explanation.

The Netherlands also has various bilateral social security agreements with worldwide countries that allow foreign citizens to transfer international pension funds to retire to the Netherlands. These bilateral agreements are designed to alleviate the tax implications of transferring pension funds abroad – typically double taxation, where you are obliged to tax in your country of residence and nationality.

The Netherlands has social security agreements with the following countries:

If you live outside the Netherlands, certain nationals can transfer their Dutch pension abroad; you can check if this is possible for your country of residence using the SVB’s tool. In some cases, residents moving out of the Netherlands can claim remigration benefits to cover monthly living expenses.

It may also be possible to access personal pension funds in the Netherlands, depending on the terms and conditions of your private pension provider. In some cases, offshore options such as a Qualifying Recognised Overseas Pension Scheme (QROPS) available for UK pensions can avoid certain tax implications. Find out if QROPS could be an option for you.

There are many advantages to QROPS, however, they are not suitable or available to all UK pensioners, so we highly recommend you take advice from an expert financial adviser such as AES.

The Dutch pension system is made up of three pillars, which combines a pay-as-you-go system funded by the current working population, alongside personal pension plans separated into two pillars.

The Dutch pension is not designed to be a standalone income for retirees in the Netherlands, and should be supplemented by one or both of the second and third pillars to ensure sufficient retirement income.

Your Dutch pension income is determined by the number of years you’ve contributed and your personal circumstances. Self-employed individuals are also covered by the Netherlands pension scheme if they pay contributions.

Company pensions in the Netherlands

Almost every employee can claim a pension through the second pillar, which is built up via the employer. This labor-based pension is additional to the AOW. Besides old-age pensions, private pension plans may also provide benefits for surviving relatives or benefits if you can’t work.

Company pensions take into account an AOW pension, therefore you won’t make contributions on your whole salary, but rather the AOW deductible part of it – the rates paid will depend on the pension scheme you’re signed up to.

The most common occupational pension schemes are based on the average salary a worker has built up during their entire career. These average-salary schemes have almost totally replaced the final salary schemes, based on employees’ last salary. Most common are DB (defined benefit) schemes, although other types are growing in popularity.

An employee’s pension must be placed outside the company of the employer, either with an industry-wide Dutch pension fund, a company scheme or occupational scheme, or a life insurer. This protects workers’ rights should the employer go bankrupt.

Industry-wide pension funds manage the pension plans for all workers in an industrial sector, for example, the building industry or the care sector. A company pension fund is tied to one employer or a conglomerate of companies.

Individuals may choose to supplement their Dutch pension via voluntary contributions to a private pension fund, which are typically offered by banks and insurance companies. Workers can individually compensate a pension shortfall within the third pillar through an annuity. Contributions to a private pension fund are typically tax-deductible, although future pensions benefits will be taxed.

The death of your partner – married or cohabiting – may entitle a transfer of their Dutch pension in the form of Anw survivor’s benefits from the Dutch government, provided you are not yet of the AOW state pension age, and you either have a child younger than 18 or you are at least 45% disabled. These benefits are also available to children, ages 21 and younger, of deceased parents.

There are some exceptions to eligibility, such as an existing terminal illness. You can check if you are eligible for Dutch survivor benefits on the SVB website. Those who have no other income can receive full survivor benefits, otherwise, other income may be partially or totally deducted from the benefits.

Who can retire in the Netherlands?

The Netherlands is a member of the European Union (EU) and Schengen Area, allowing citizens from the EU, European Economic Area (EEA) or Switzerland to legally reside, work and retire in the Netherlands without a visa. However, for extended stays, you are required to register with the personal records database (BRP) to obtain a citizen service number (burgerservicenummer or BSN) for social security and tax purposes (read how in our EU guide). Under similar conditions, non-EU spouses and relatives of EU, EEA or Swiss citizens can also join their family members in the Netherlands.

For other non-EU nationals, retiring to the Netherlands will typically require obtaining a Dutch visa. After five consecutive years of living in the Netherlands, you will be able to apply for a Dutch permanent residence permit.

Healthcare for retiring in the Netherlands

Retirees in the Netherlands who have specialized health care requirements may consider supplementary health insurance, which can cover the costs of anything outside of the mandatory package including:

The fees for mandatory Dutch health insurance in 2017 are around €109 per month. Additionally, individuals must also pay a policy excess for treatments up to the value of €385, which is determined by the government annually.

Tax implications for retiring to the Netherlands