The difference between expats and immigrants

Home Moving Abroad About Being an Expat The difference between expats and immigrants
Last update on July 31, 2020
Written by Adam Nowek
Share

What is the difference between expats and immigrants? It’s easy to just compare dictionary definitions of the two, but the way people use the two terms is indicative of the way immigration and the people undertaking it are perceived.

Have you ever wondered why some people who move to work in a different country are called expats while others are called immigrants? The labels can’t reflect distinct purposes behind the move, because both groups leave their previous stomping grounds to seek better conditions elsewhere. Beyond that, there are often underlying reasons that some people distinguish between the two (spoiler alert: in many cases, it’s xenophobia). So, what is the difference between expats and immigrants, exactly?

What’s in a definition?

One place to start is with the standard dictionary definitions of expats and immigrants:

Right off the bat, we see a problem: both words apply to anyone that lives outside of their ‘native’ country. These definitions get even more complicated when you try to untangle what a person’s native country actually is. Is it the country a person was born in? Does it have to do with citizenship? Or is it where someone grew up? What if they moved around quite a bit as a child? The idea of someone having three native countries is a bit far-fetched, but it’s just as misguided as assuming the country on the cover of someone’s passport is the country they identify with the most.

The word ‘permanently’ hints at a difference. It portrays immigrants as having moved for good (whether intentionally or not). On the other hand, expats are just on a temporary assignment before they pack their bags again for the next country. Many immigrants leave their country not because they’ve ruled out returning to it, but because the only way to return to it involves spending time elsewhere creating the means to do so.

On the other hand, if expats count as temporary residents, it makes you wonder about expatriate families who’ve stayed put in the same country for decades as permanent residents. How permanent is permanent, anyway?

Integrating into a country that doesn’t want you

Maybe the difference between expats and immigrants lies within integration into the host community. This isn’t the best differentiator, though; neither expats nor immigrants are lauded by conservative locals. Xenophobes that want to take their country back don’t want outsiders to integrate anyway; they’d rather their country remain homogenous. Locals resent expats for living in isolated compounds or low-income immigrants for living in areas with other minorities. Hostility towards non-locals doesn’t do anything to make an immigrant want to adapt. What it boils down to is simple stereotypes: a Polish person working as a carpenter in the Netherlands isn’t an expat, but his brother working as a financial analyst in Hong Kong is.

Could a differential (or perhaps deferential) guest status in a country be the difference between expats and immigrants? Expat carries a more positive connotation than immigrant. When we imagine what a group of expats looks like, it involves high-rise offices, luxurious homes, and after-work antics in upscale bars. The imaginary expat probably works as a financier or an engineer. Even if the locals dislike expats, there’s usually a bit of understanding offered their way because a government is openly offering incentives to develop an industry.

The connotations of ‘immigrant’ are more negative. Imagine the domestic worker, the taxi driver, the janitor, the manual laborer. No matter the country, these immigrants share some things in common; they’re likely earning a low income in a substandard work environment. They probably moved for menial labor where the minimum wage is comparatively higher. Worst of all, they’re frequent targets of discrimination.

The language of expats and immigrants

Then, does the difference between expats and immigrants lie in our entitlement to the languages we brought along with us in the move? Expat children often attend schools featuring the language they speak at home. More often than not, these international schools offer monolingual schooling, which means that it’s fine for younger expats to remain monolingual. Immigrant children generally attend schools featuring the local language. These local schools also offer monolingual schooling, which means that first-generation immigrants must, in principle, become multilingual. What happens in practice, though, is that these children often find themselves discouraged to stick to any other language than the mainstream one.

There might be a few blurry edges here, though. Like immigrant families, multilingual expat families also need to keep their languages in good working order. Linguistic aberrations might further impact the way locals perceive new arrivals. Even fluency in the local language isn’t necessarily enough for some, though; in the eyes of many, integration just isn’t possible unless you wipe clean your history and your culture. Ultimately, the difference between expats and immigrants shouldn’t be important; we’re all just trying to carve a path towards a better life. 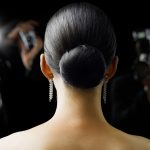 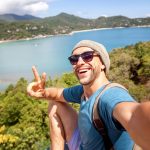 7 questions every expat gets asked when they move abroad