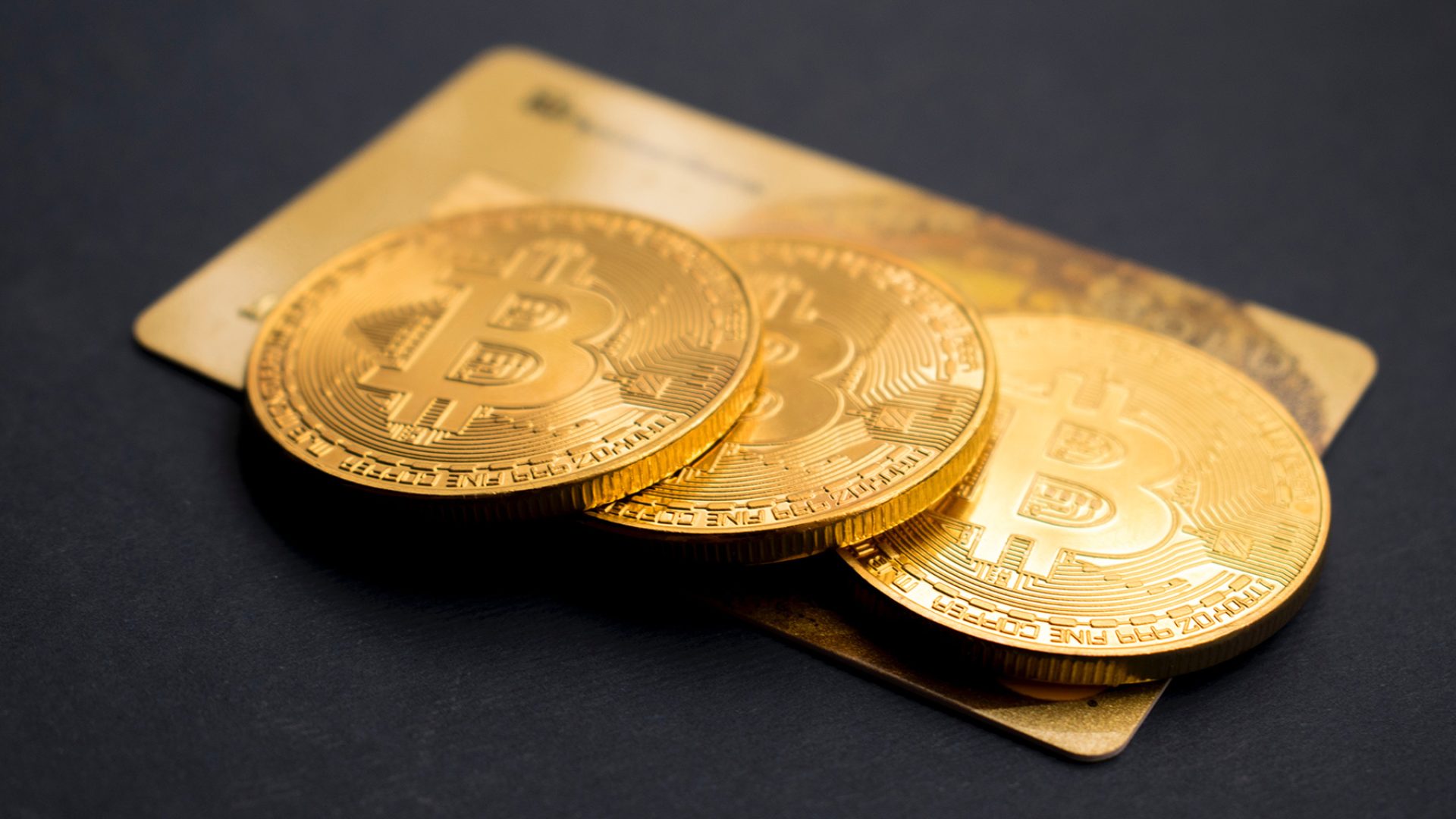 The Bitcoin frenzy, although over its peak, is still raging on. To help potential investors see through the hype, Koen De Leus, Chief Economist at BNP Paribas Fortis, shares his advice on bitcoin investment.

Bitcoin is causing a major rupture in global currency markets not seen since the 2008 financial crisis, but their long-term viability is still unknown. Is a Bitcoin investment a bad choice? That was the question posed by Serge, the brother in law of Koen de Leus, Chief Economist at BNP Paribas Fortis, early 2018. Here is a transcript of their conversation, full of useful insight about the new crypto-currency trend that’s taking the financial world by storm.

“Koen, it peaked at US$19,000! And my friends were bragging about their Bitcoins, thinking I still had mine. But I had to confess: I followed my brother in law’s advice and sold mine a long time ago. They had a laugh at my expense.” I hear a big sigh on the phone.

With dedicated expat branches and an Expat Team, BNP Paribas Fortis is the trusted banking partner of internationals in Belgium. You can open an account, get your rental guarantee and set up your insurances remotely, before you even arrive in the country, and get expert advice and guidance on settling in Belgium. The best part? BNP Paribas Fortis’ Dedicated Premium Offer is free for expats.

“So, you don’t believe in blockchain?” Serge asks me.

“Don’t confuse the two. In fact, Bitcoin and blockchain are two very different animals. Blockchain is the technology that supports Bitcoin, and I consider it very promising. The fact that every transaction must be approved by an entire network, and is irreversible, inspires confidence. For example, companies from, say, the food industry or the diamond industry, will be able to manage their entire supply chain. In the field of transportation, blockchain will decrease useless paperwork. In the banking world, blockchain will be a real revolution. No, it’s only Bitcoin investment that I’m wary of. Apart from the fact it’s a new speculation tool, what’s so revolutionary about it, in what way is it useful for our society?”

“It could offer an alternative to the current monetary system where only central banks are allowed to produce currencies,” reacts Serge.

“Yes, I hear that a lot. Bitcoin could sanitize and stabilize the currency system. It could mark the end of the prosperity/recession cycle of the last century. Because the amount of emitted currency is limited, isn’t it? Well, if that was the case, it’s important to remember that in the past, it’s exactly that fixed quantity of money that triggered very painful periods of deflation. Ben Bernanke, an influential economist who took over the US Federal Reserve after Alan Greenspan, demonstrated that systems that apply fixed exchange rates, and especially fixed quantities of currency into the economy and the banking system, actually increased volatility instead of reducing it.

“In fact, when it comes to that limited quantity, forget it.” I continued. “By 2030, Bitcoin will have reached its maximum of 21 million units. As the network develops, creating new Bitcoins will take longer. But because of the slow pace of transaction validation, blockchain was recently split. The consequence is the creation of a new variant of Bitcoin.”

“But it was a one shot,” interjects my brother in law.

“Of course, Serge” I reply teasingly. “It will never happen again. But don’t forget all the other crypto-currencies that were created since. There are already 1,340 of them. There is no limit to the number of virtual currencies that can be created. And, as a reminder, I think it’s best to avoid calling them currencies.”

The function of currency

“Straight out of a wary banker’s mouth,” laughs Serge. “Why do you think they don’t deserve to be qualified as currencies? You can use them to pay for purchases, can’t you?”

“A currency has three functions: it is a medium of exchange, a means of calculation, and a store of value. A Bitcoin investment, as well as other crypto-currencies, can indeed be used as payment, it’s true. But because of the enormous fluctuations, they cannot serve as a unit of measurement. When you use them for purchases, you run the risk of paying 20% more tomorrow than you paid yesterday.”

“This volatility is an unsurmountable obstacle to the store of value,” I add. “After the rally of the past few weeks – and years – I can understand why people are eager to bet on a Bitcoin investment. But since the beginning of 2017, its stock has grown tenfold, and been multiplied by 2000 since early 2012. It’s best to avoid investing hard-earned money in such a tool. I’m afraid that many people don’t measure the enormous risk that they run to lose their money. For the authorities and central banks, there is the added problem that Bitcoin and other crypto-currencies threaten their seigniorage, their monopoly on currency issuance.”

“You still don’t get it, do you,” sighs Serge. “It’s precisely the purpose of these virtual currencies: offering an alternative to the trickeries of governments and central banks.”

“At the risk of repeating myself, Serge: emitting money in limited quantity is not fraudulent. Without issuing additional money, economic growth would be paralyzed. In addition, blocking the amount of authorized money would leave no wiggle room in case of an economic crash. Fixed rules cannot regulate complex, modern economies. An important lesson garnered from the last crisis is that the world desperately needs a last-recourse lender, an ultimate savior. As Mario Draghi famously said: ‘We’ll do everything it takes to save the euro.’ After the real estate bubble burst in 2008, it was the U.S. Federal Reserve and the American Secretary of the Treasury who injected massive amounts of money into the economy. Would the crypto-networks take over?”

“Today, central banks frown upon the development of an underground economy,” I continue. “People who exploit crypto-currencies – call them what you want – create money out of thin air, and that money finds its way into the economy. Central bankers have no control over that money. Isn’t that dangerous? The total value of these crypto-currencies fluctuates around US$250 billion, compared to a total of US$6 trillion in issued currencies. The amount is still limited, but it’s fast increasing. What happens if next year we reach a US$1 trillion value? And if that bubble also bursts, the economy will be confronted with a serious problem. The authorities cannot let things go too far.”

The social utility of a Bitcoin investment

“We can also ponder what the creation of the crypto-currencies is contributing to society. The generated revenues only profit a limited number of people who have access to significant computing power. Also, PowerCompare – a British company that compares utility rates – calculated that, in 2017, the quantity of energy dedicated to Bitcoin investment surpassed the entire electric consumption of Ireland. Should we rejoice? Sure, central banks also create money out of thin air. In the past 10 years, the right to print money has allowed American authorities to generate an additional US$70 billion per year. But this is at no cost to society and with less environmental impact. This money profits society. If that’s not the case, then we should complain to politicians!”

Serge mumbles something on the other end of the line, but I’m on a roll and won’t let him interrupt.

“Which brings us to the main question: what is the main purpose of crypto-currencies? Virtual currencies look like solutions asking for trouble. We can already transfer money easily and legally. If the principal advantage of a currency is to skirt the existing laws or control of capital, then government must intervene. And if these currencies open harmful doors to fiscal fraudsters, governments must close them. If these crypto-currencies threaten the entire financial system, central banks must take control of them or forbid them. If that happens, Bitcoin and other crypto-currencies will drop back down to their fundamental value.”

“But what is that? There is no underlying value, as there is no future underlying yield. The emitters of crypto-currencies cannot levy taxes, unlike with traditional currencies. The value of a Bitcoin investment is nothing more than what people are willing to pay to obtain it. In time, that may prove to be painfully low.” 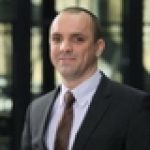 Koen De Leus is Chief Economist at BNP Paribas Fortis since September 2016. In June 2017, he published a new book, The Winner's Economy: challenges and opportunities of the digital revolution. 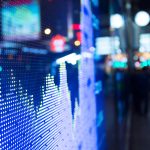 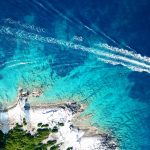 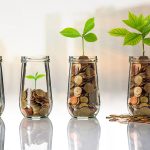 Start investing as a hobby: tips for expats