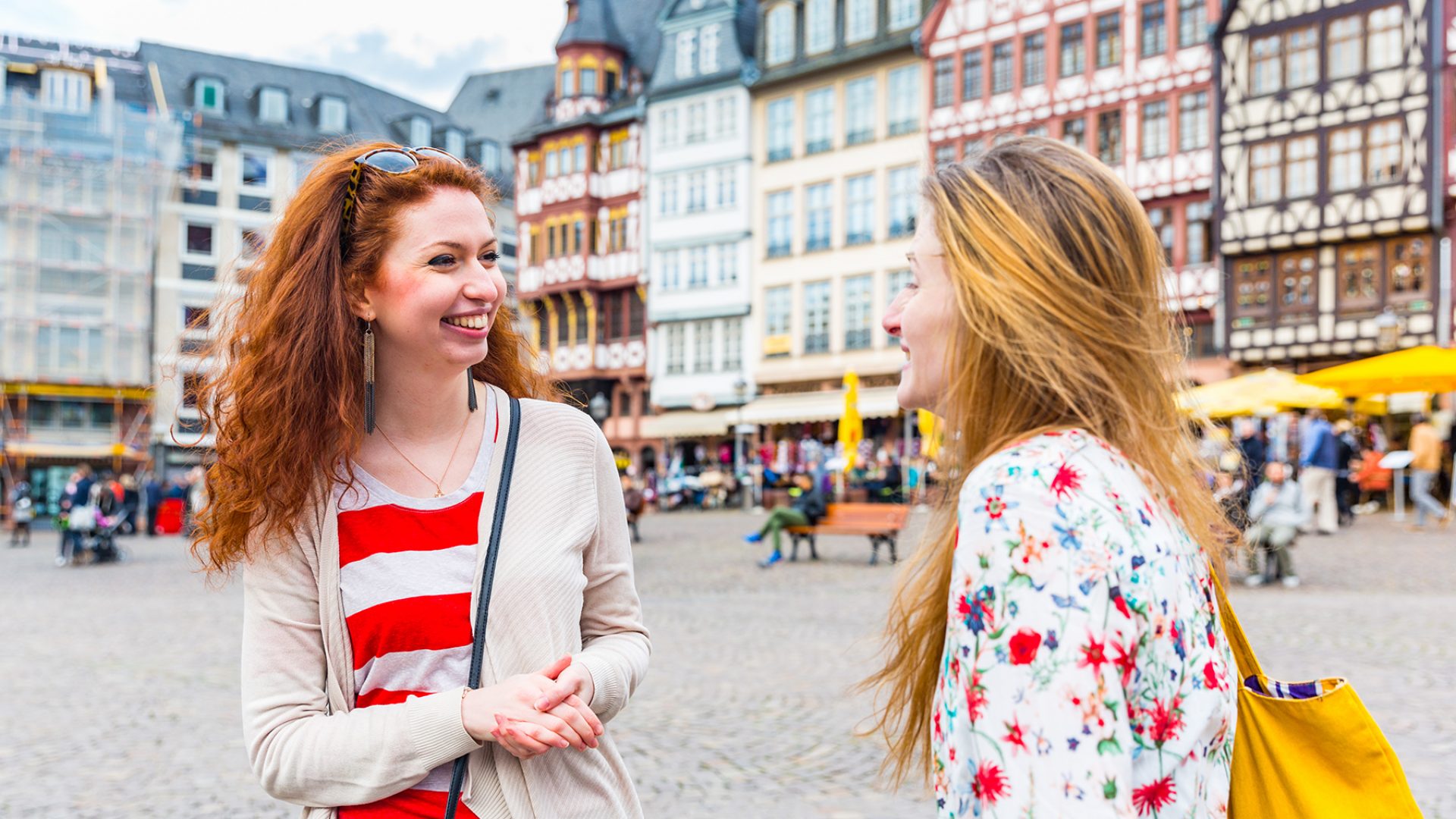 It’s sausage to me: 10 most useful German phrases you need

You won’t learn German slang in language school but you’ll soon realize there’s nothing quite so useful as ‘it’s sausage to me’ and ‘I have the nose full’.

My first trip to Germany was courtesy of my law school, which gave me the opportunity to apply for a summer job in Hamburg. My undergraduate degrees were in music and German, and I’d always thought I’d get a job singing in Germany. But I was in law school, so I took a law job. As it turns out, reading Schiller’s plays and singing Goethe’s poems doesn’t actually make you fluent in contemporary German. Here are a few of the most useful German slang and phrases I didn’t learn in college.

People who know each other well say, “Na?” to ask, “How’re you doing?” It’s also used when the topic is understood and the speaker is inquiring how something turned out. For example, saying it to someone who had a big date the previous evening means, “So how’d it go? I want details!” This is not to be confused with, “Na und?” (so and?), which means ‘so what’ or ‘what’s your point?’

Besorgen means ‘to take care of’, and it’s used informally to mean ‘get something’ or ‘pay for something’. Ich besorge das Bier is useful at Oktoberfest or any gathering with kiosks selling refreshments. After you say, “Ich besorge das Bier”, your friend will probably offer to get the food. And when they ask whether you want Bratwurst or Knackwurst, you can answer, “Das ist mir Wurst.” Now you’re punning in German!

5. Kein Schwein war da – nobody was there

The word Schwein (pig) is possibly the most-used word in the German language. You can attach it to almost anything. Sometimes it’s a noun by itself, as in kein Schwein war da (nobody was there), or kein Schwein hat mir geholfen (not a single person helped me), but it can also be added to nouns to make new words.

Eine Schweinearbeit is a tough job. Something that kostet ein Schweinegelt is ridiculously expensive. If you call someone a Schwein, that’s as insulting as it is in English. But if someone is an armes Schwein (poor pig), he is a person you feel sorry for. And most confusing of all, Schwein haben (to have pig) means to be lucky!

The verb spinnen originally meant (and can still mean) ‘to spin’, as in spinning yarn at a wheel. But in contemporary German, spinnen is more often used as ‘to be crazy’. This usage may have derived from the fact that in previous centuries inmates in mental asylums were taught to spin yarn. Saying der spinnt is often accompanied by the hand gesture of moving the palm side to side in front of the face. In fact, sometimes you’ll just see the hand gesture.

Langsam means slow or slowly, so you might think that repeating it would mean ‘very slowly’, but langsam langsam is the expression for ‘little by little’ or ‘step by step’. It’s a good noncommittal answer to, “How’s your German coming along?”

The standard issue issue rifle in WWI was the 0-8-15. The term caught on and is now used as a classy insult. I first heard this phrase from a friend describing a less than memorable sexual encounter. When she described it as nul-acht-funfzehn, I thought she was talking about some obscure sexual position. What she was actually saying was, “Meh.” The best German phrases you’ll want in your vocabulary