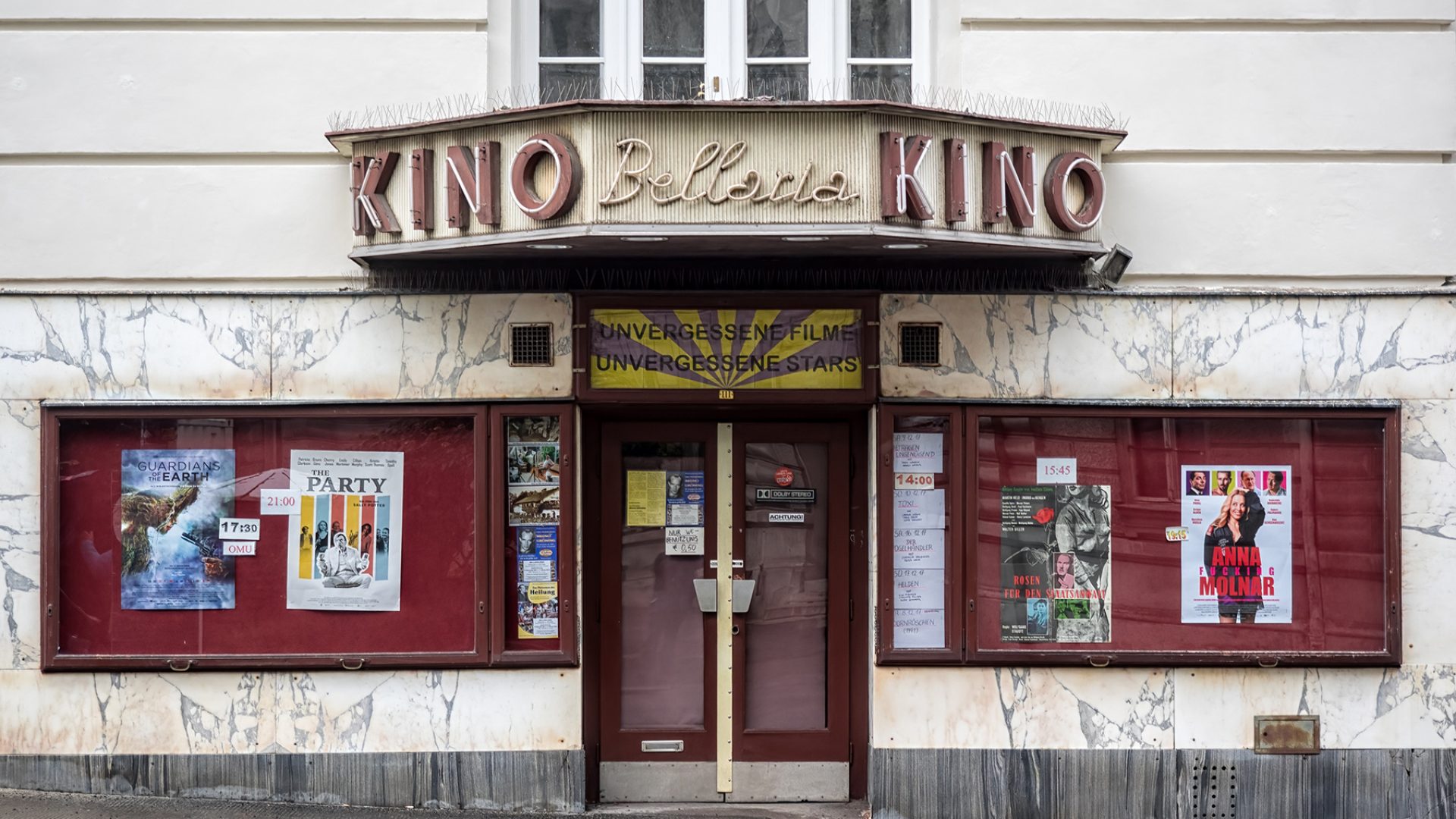 Books and films about Austria to check out before you move

Home Moving to Austria Society & History Books and films about Austria to check out before you move
Last update on June 23, 2022

Moving to Austria? Before you jump into expat life, check out these Austrian movies and books for a cultural primer on the country.

Before making the big decision to move abroad, it’s always a good idea to gain a glimpse into the culture and history of your future home. And what better way to do so than by delving into some gripping movies and books. Luckily, if you have your sights set on Austria, there is a whole wealth of stories to explore that offer insight into the nation’s colorful past and present; not to mention its cultural quirks. Just take a look at these top Austrian movies and books that are sure to satisfy all film buffs and bookworms.

Believe it or not, most people don’t realize that Hitler was, in fact, Austrian. In her no-holds-barred biography, Hitler’s Vienna: A Dictator’s Apprenticeship, Brigitte Hamann takes an unflinching look at how a young Hitler spent his formative years in Vienna, and how that set the foundation for the dictator he came to be.

The Hapsburgs: The History of Dynasty by Benjamin Curtis

Vienna was once the seat of the Austro-Hungarian Empire and their most famous dynasty, the Hapsburgs. And even though you’ll be surrounded by their relics – such as the Hofburg in Vienna – you probably don’t know that much about them. Well, The Hapsburgs: The History of Dynasty will change all that. Written by Benjamin Curtis, this tome of a book explores the legendary dynasty. Along the way, you can expect dramatic stories, captivating characters, and rising (and falling) political fortunes.

Beethoven: The Music and The Life by Lewis Lockwood

Beethoven: The Music and The Life is a compelling biography. Amidst the backdrop of Vienna, it skillfully pulls together an exciting tale about the famous Austrian composer’s life. In doing so, it also exposes his quirks and legacy.

The Spell of the Vienna Woods: Inspiration and Influence from Beethoven to Kafka by Paul Hoffman

The Austrian capital of Vienna has seen plenty throughout its long history. And The Spell of the Vienna Woods: Inspiration and Influence from Beethoven to Kafka invites you to take a deep dive behind the grand architecture and genteel civility of this charming city. The spell-binding history of the unique capital is created through personal anecdotes, little-known factoids, and forgotten stories not to be missed.

Austria’s cultural and political legacy was born in Vienna. In fact, this was largely a result of its prevalent coffeehouse culture. Carl E. Schorske explores Vienna’s rich heritage in Fin-de-Siècle Vienna: Politics and Culture. He expertly analyzes the city’s influence on modern art and political thought through Viennese’s greatest sons like Klimt and Freud.

The Seven-Per-Cent Solution by Nicholas Meyer

The Seven-Per-Cent Solution sees fictional Sherlock Holmes and very real Sigmund Freud team up to solve a sinister kidnapping. The two may never have met, but thanks to Nicholas Meyer’s creative clout, the wonderfully playful and intriguing mystery unfolds in the pages of this gripping novel. The unique mystery sees Freud help Holmes through the recovery of his cocaine addiction while preventing a war and finding the missing person. Unsurprisingly, the story has also been adapted into one of the most intriguing Austrian movies.

The Radetzky March by Joseph Roth

Consistently named one of the best books about Austria, The Radetzky March by Joseph Roth follows the fortunes of four generations of an aristocratic Viennese family as the Hapsburg Dynasty and Austro-Hungarian Empire begins to decline.

A Death in Vienna by Daniel Silva

Daniel Silva’s Gabriel Allon series is known for its incredible plots and attention to detail. And A Death in Vienna is no different. This time, the Israeli assassin is sent to the Austrian capital to investigate a bombing in a Jewish center. During his investigation, he discovers a shocking series of secrets that were woven in the wake of World War II.

Read about the Austrian government and political system

Don’t let the name fool you – the famed turn-of-the-century American writer did not write Henry James’ Midnight Song. Instead Carol de Chellis Hill weaves a glittering society tale in fin de siècle Vienna. Plenty of real-life contemporary characters make appearances here, from Sigmund Freud and Edith Wharton to Carl Jung and yes, Henry James. The novel is a fast-paced, grandiose tale of murder, mystery, and passion set against the backdrop of a Vienna dealing with the upheaval of music, art, fashion, literature, psychology, and a society divided by Anti-Semitism, racism, and feminism.

World War II left its scars on Austria and its citizens. In The Exiles Return, Elisabeth de Waal poignantly describes the lives of three Viennese exiles who return to the city after World War II and try to pick up the pieces of their shattered lives – and city.

The Sound of Music

You have probably watched The Sound of Music multiple times. And while it is a rollicking good watch, let’s be clear – it bears little resemblance to the truth of the actual Von Trapp family. Most Austrians have never seen it, and certainly rubbish it if they have. So while it’s fun to watch, just bear in mind that it’s best not talked about when making conversation with the locals. If you’re an avid fan, though, you might be tempted to explore several shooting locations in the city of Salzburg, including St. Peter’s Monastery and Cemetery, and Mirabell Palace and Gardens. Salzburg is also home to the real von Trapp family residence, which is now a popular hotel.

Sigmund Freud and Carl Jung were two Viennese luminaries that left a lasting legacy on the study of psychology. But the pair didn’t have the best relationship. In this Austrian movie, A Dangerous Method, actors Michael Fassbender and Viggo Mortensen take on the lead roles to explore the tumultuous relationship between the two celebrated men.

An ode to the beauty of Vienna, Before Sunrise follows a young couple as they fall in love during the course of a single night in the city. Starring Ethan Hawke and Julie Delphy as the couple that walks through this gorgeous city while discussing life’s biggest questions, this Austrian movie will have you feeling like you went to Vienna without getting on a plane.

Check out these 10 movies every expat must watch

Vienna’s museums are truly wonderful institutions housing a wealth of incredible cultural objects. And Museum Hours invites you to enjoy a taster of all the incredible expositions that await you in Vienna as you watch a museum steward and Canadian tourist bond over art in this moving tale.

There are few historical Austrian figures that have cast such a mesmerizing spell as Princess Elizabeth, better known as “Sissi.” A member of the Hapsburg dynasty, Sissi was universally lauded for her beauty; she had calf-length hair that took four hours each day to be dressed. That said, she was a far more complicated character than most realize. Sissi, the first in a trilogy of Austrian movies, explores the life and times of this beloved princess.

Starring Orson Welles, The Third Man is a stunning film noir movie; though not quite an Austrian movie, since it was British-made. Set in post-war Vienna, the film follows an unsuspecting American who moves to the city to work with a friend; only to discover that friend is dead when he arrives. The following investigation is full of twists and turns that will thrill any mystery fan. 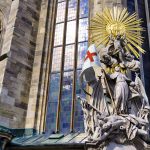