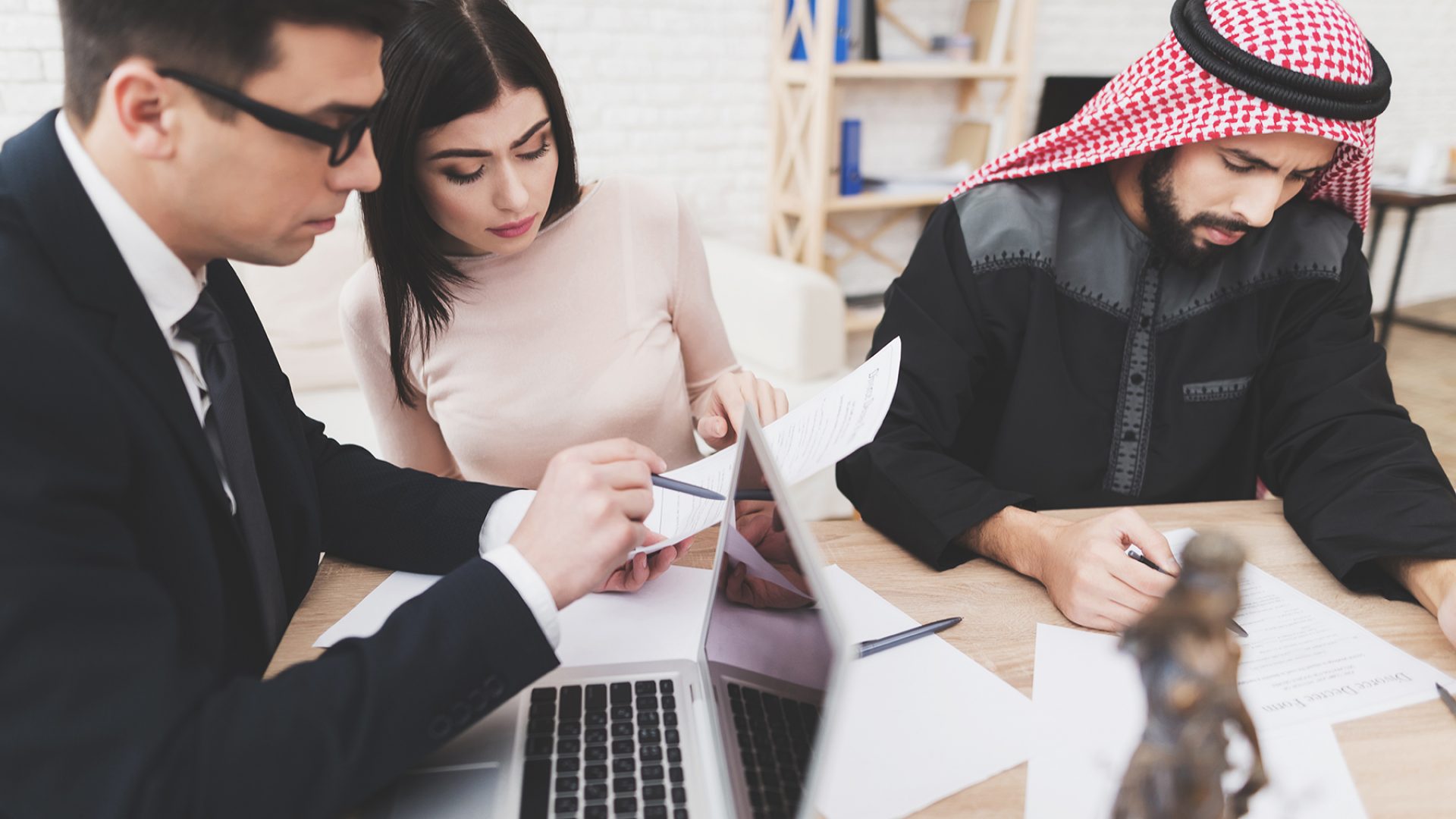 An expat guide to getting a divorce in Qatar

Home Living in Qatar Love, Marriage & Partnership An expat guide to getting a divorce in Qatar
Last update on 01/08/2022 As in the rest of the world, divorce appears to be on the rise in Qatar. This guide walks you through the process if you find yourself in this position.

Firstly, it is important for expats to know that getting a divorce in Qatar is not particularly easy. Furthermore, they may face a disadvantage in having to navigate Qatari and Sharia law, as well as the local court system; even if they choose to apply the laws of their home country to their divorce.

An overview of divorce in Qatar

While getting a divorce in Qatar isn’t exactly common, it does happen, and with increasing frequency. Officially, the Qatari divorce rate was 0.4 per 1,000 people in 2017, giving the country one of the lowest divorce rates in the world. However, this has increased by 70% over the last 15 years.

Since 2016, there has been a sharp increase in couples looking at how to get a divorce in Qatar, particularly within the first five years of marriage. Experts generally put this down to better education for women and increased female involvement in the workplace, as well as marrying too young and having to deal with family involvement.

Any couple that can prove their residency in Qatar can seek to get a divorce. Family Law 22 of 2006 governs marriage and divorce in the country. Expat couples, on the other hand, can choose to apply the laws of the husband’s home country to their divorce. However, in situations where the law doesn’t provide clear stipulations, Qatari law will apply.

The process of getting divorced in Qatar is different for Muslim and non-Muslim couples. This guide will focus on how to get divorced in the Qatari court system under local law.

Legal grounds for divorce in Qatar

For couples seeking to dissolve their marriage, the most important question is how to get divorced in Qatar. You will have to meet certain requirements, such as proving your residency. In addition, the wife will have to honor the iddah; this is a period of three months where she cannot remarry. Couples of any religion and nationality can request a divorce, although the details can differ.

If the divorcing couple can reach an amicable settlement, they can have their lawyers draw up an agreement and fast-track their case through the courts. If this isn’t possible, the person requesting the divorce will have to provide a reason for doing so, along with evidence to support their claims.

A wife can ask for a divorce on the grounds of her husband’s impotency. In this case, the husband will need to undergo a medical check-up to prove that the impotency is permanent.

Because a man is legally responsible for his family’s upkeep, a wife can petition for divorce if her husband refuses to provide funds to maintain her lifestyle.

If a husband goes to jail at any point during a marriage, his wife has the right to request a divorce. However, this will only be granted after one year from the date of imprisonment.

Absence from the marital home is another legal basis for divorce. If a husband has been away for over a year, a wife may ask for a divorce based on abandonment. In this case, the judge will give the husband two months to return; failing this, the judge will grant the divorce.

All expats coming to live in Qatar require a Qatari residence permit; this is usually sponsored by an employer. The permit allows the sponsored person to bring their immediate family with them, including spouses and children. If you are in Qatar on your spouse’s visa, you will lose your residence permit after a divorce. In this case, you will need to get another residence permit, either by having your own employer or another eligible family member, sponsor you.

The process of getting a divorce in Qatar

There are many things to consider when it comes to how to get a divorce in Qatar. Even the process of getting a divorce will require many decisions on your part. The first one will be what laws your divorce will be governed by, because expats can choose to have their divorce granted under Qatari law or the laws of the husband’s home country.

For most expats getting divorced in Qatar, the easiest way to do so is to request a divorce by mutual consent. In this instance, lawyers will draft an agreement that sets out the applicable laws, the agreed basis for the divorce, and all custody and financial arrangements. The agreement will then go through the courts for approval. In a straightforward divorce, this whole process can take four months.

For a contested divorce, you will need to file this directly with the court. At this stage, a judge will attempt to effect a reconciliation. If this doesn’t work, however, the instigating party will need to prove their stated grounds for the divorce. Once the judge is convinced by the evidence, they will grant the divorce.

Cost of getting a divorce in Qatar

If you are getting a divorce in Qatar, you will need to pay court and lawyer fees. These will vary greatly depending on how contentious the divorce is and how long it takes to process. Once the divorce is final, you will need to apply for a certificate of divorce, which costs QAR20. In many cases, especially for an uncontested divorce with amicable settlements, it is easier and more cost-effective to file for divorce in your home country.

Things to consider when getting a divorce in Qatar

When getting a divorce in Qatar, Sharia Law will apply to child custody arrangements, which means a strong division between custody and guardianship. Generally, mothers will get custody and fathers will retain guardianship; this means a mother will be responsible for raising the child to a certain age, while the father is responsible for all financial matters. Qatari law significantly limits a mother’s rights to custody is she is non-Muslim; additionally, if she remarries, she may lose custody of her children.

Visitation is normally available to the guardian and will usually occur in the child’s place of residence. The parents can work the arrangements out during the divorce settlement or, if they can’t reach an agreement, a judge will make the final decision. In addition, the guardian will often keep the child’s passport and will need to approve any travel plans.

When getting divorced in Qatar, the division of assets is a significant concern. In general, each party will retain assets held in their own name, whether this is real estate, businesses, cars, or anything else. Joint assets in the name of both spouses will be shared according to contributions made.

For example, if a husband contributes 70% of the payment towards a property and the wife pays only 30%, the property will be sold and the proceeds will be divided as 70% and 30% respectively. It is important to note that Qatari courts have no jurisdiction over foreign assets, so any assets owned overseas will be subject to different laws.

Another consideration of getting a divorce in Qatar is maintenance. Once a marriage ends, a woman is entitled to receive monetary support for the three months of her iddah, as well as the duration of her custody of the couple’s children. Maintenance includes living expenses and all costs related to child-rearing including education and medical care. If the woman remarries, however, the first husband is no longer required to pay maintenance.

Alternatives to getting a divorce in Qatar

Getting an annulment in Qatar

Although it is not a popular choice, annulments can be granted in Qatar. You may need to liaise with your embassy and religious representatives if you would prefer to get an annulment instead of a divorce.

Divorce mediation can be quicker, simpler, and more cost-effective than a traditional court-imposed divorce. Generally, spouses will end up with better settlements through this route, too.

Ending a civil partnership in Qatar

The Qatari government doesn’t recognize civil partnerships in any form. Therefore, you won’t be able to dissolve one while living here. Guide to dating in Qatar 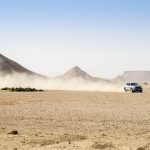 Buying (and registering) a car in Qatar