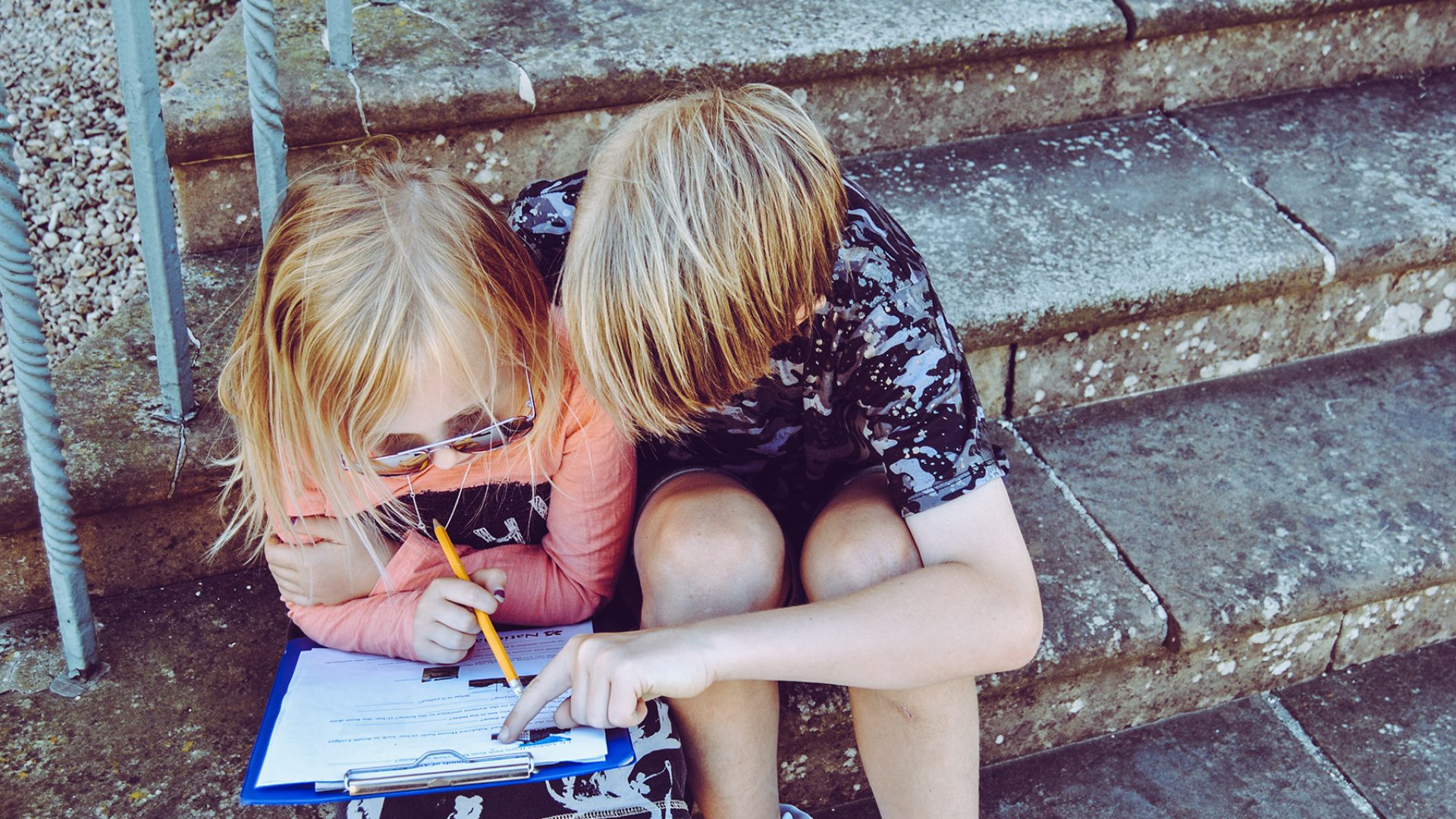 Many studies exist about raising one bilingual child, but what happens to a family’s linguistic context when bilingual siblings create their own language preferences?

There are plenty of studies and articles about how to raise a child with multiple languages, but what happens when you have more than one child? Can families use multiple languages effectively for the development of their children? The language preferences of bilingual siblings can have a profound effect on the family; it’s possible that they might opt for a local language that their expat parents don’t even speak! Multilingual people differ in how and when they use a particular language; children are no different than adults in this regard.

Suzanne Barron-Hauwaert published a great guide for parents and teachers titled Bilingual Siblings: Language Use in Families. She writes about how each child can get more or less out of a situation, even if the family shares the same experiences; this includes the languages the family uses. Within the same family, you’ll find children who embrace the languages wholeheartedly and others who are more reluctant. One child might absorb every language they’re exposed to, another chooses a few, and the next child prefers only one. Sometimes families must adapt the language situation within the family to the individual needs of your children.

Looking for a lively way to get your kids excited about language learning? You need Studycat. The online learning platform's award-winning, engaging programs make language learning colorful and fun. Choose from five of the world's most spoken languages and start your little ones on the right track towards bilingualism today with Studycat.

Of course, it’s natural that children from different age groups are in different stages of language development. Those who are older often can help the younger ones develop their language skills. But it can also happen that an older child uses the baby talk (or very basic vocabulary) with the baby or toddler. Some bilingual siblings mix all of their languages fairly deftly and know precisely how to use a language’s formalities at school, for example.

In most multilingual families, children are all at a different stage of language development; this is perfectly natural. Some children work their way to fluency in multiple languages with ease. Others may only show a passive understanding of one, responding to someone in another common language. Bilingual or multilingual children often mix up the syntactic structures of languages, especially if the languages are related to one another (such as English and German). This affects conversations within the family quite a bit. As a parent, the best strategy is ensuring that you subtly prompt your children to use their languages correctly; there’s no need to scold a child for making a linguistic mistake, but you can provide a gentle correction.

It’s not uncommon for a young child to refuse to speak in a certain language, even if they’re perfectly capable of doing so. This isn’t a signal of parental failure or a rebellious student; it just means that your child is starting to think for themselves. As a parent, it’s important not to force a language down your child’s ears or throat if they’re resisting. Just like adults, tastes change over time and that extends to the languages that people use; all you can (and should) do is ensure that your child’s linguistic toolbox is as full as it can possibly be. In time, they’ll at least appreciate the ability to speak in another language.

The linguistic preferences of bilingual siblings are bound to differ as they grow older. Indeed, not everyone is interested in becoming a polyglot; even a functional ability to speak two languages gives any child a dramatic advantage once they become an adult. But if one child isn’t nearly as keen as their siblings to use multiple languages every day, then it’s a choice that the family needs to respect. When it comes to discipline or a serious discussion, it’s beneficial to pick a language here and stick with it; in this way, the kids understand that a shift in language means a shift in tone and topic (plus the added benefit of sharpening their skills in an underutilized tongue).

Other factors for bilingual siblings

In many multilingual families, personality is the most important factor that impacts the languages used. Multilingual expat families might speak anywhere between two to four languages on a daily basis; the language combinations for each member of the family might also differ as well. Children will generally decide at a very early stage which languages they prefer speaking in, though external factors like classmates at school or colleagues at the office will affect this for every member of the family. Some siblings might even opt for a language that neither parent is very good at speaking, perhaps due to the influence that school has on their everyday lives.

Overall, all bilingual siblings behave in different ways in linguistic terms. It’s important to remain aware that the situation might change in the future; having an au pair around the house or moving abroad again can sometimes throw additional languages and variables into the mix. In any case, expat families need to foster and encourage language learning for their bilingual children.