Home Out & About Excursions Vevey’s Food Museum, plus a giant fork
Last update on February 12, 2020
Written by Kerrin Rousset
Share

It’s not every day you see an 8-metre (26-foot) tall fork sticking out of a lake.

It’s not every day you see an 8-metre (26-foot) tall fork sticking out of a lake. But that’s what you’ll see on Lake Geneva as you walk along the Quai Perdonnet off of Vevey’s charming old town. You can’t miss it, that’s for sure.

The fork went up in 1995 to mark the 10th anniversary of the Alimentarium – Musée de l’Alimentation, Vevey’s Food Museum. A Swiss artist created it as a temporary exhibit, and still laughs to this day about the years of controversy it created. Instead of one year, it came down after two years in 1997 for “aesthetic reasons.” Ten years went by until it went up again for a temporary exhibit on cutlery (“Couverts découverts“) at the Alimentarium. Apparently the people of Vevey had grown to love their gigantic fork, and it practically became a public symbol. Following petitions, Vaud authorities finally signed papers in 2008 declaring the fork stays! Permanently.

Back to the museum, which is part of the Nestlé Foundation. It is a truly excellent place to spend an hour, two hours, or easily three or four – for children and adults alike. The beautiful building itself was the Nestlé headquarters from 1936 until 1985, when the museum opened its doors. It’s highly interactive, with three floors and tons of panels to read, objects to look at, computer quizzes to play, and other activities to do. Test your accuracy at identifying different aromas or tastes, or run inside a floor-to-ceiling wheel to gauge your metabolism. (You might feel like a hamster while doing it.) Plus plenty of Nestlé’s vintage packaging and ad campaigns to see. Antique posters and advertisements, an old vending machine and chocolate bar wrappers are a few of the objects on display.

Learn all about food and nutrition

You can learn an awful lot about nutrition and the body, about food from around the world and how it has evolved, about the history of agriculture and how we went from that to the supermarket. There’s a kitchen with themed demonstrations, with a wall covered with cooking utensils from all different countries, each with an explanation on where and when it’s from, and how the food was prepared during that time period. It’s all fascinating. And every item in that entire museum has text with it! In the upstairs room with blue-and-white-striped walls, be sure to pick up all the products, as each one has a story underneath.

There is a beautiful wood-paneled room upstairs too that you can’t miss, seeing that there is a huge object in the centre that wouldn’t be out of place in a space museum or submarine parts garage! As of 1921 this was the office of the Nestlé and Anglo-Swiss Condensed Milk Company. As for the apparatus, it’s a vacuum tank (evaporator) that was used in the Peter Cailler Kohler chocolate factory in Orbe (Vaud canton) in the late 19th century. Sugared condensed milk was condensed in the tank a second time for the final production of milk chocolate. You can read how the entire process works too. Or go right up to the third floor where there are temporary exhibits. Until 3 January 2010, the theme is “Research and Food: A Dialogue.”

There is still so much more to the museum, but I’ll have to leave some surprises for you! One last piece of advice: don’t miss the bookstore at the entrance. There’s an impressive selection, as well as discount bins with books from past exhibits. I grabbed a few for sure, including “De la Cuisine à l’Usine, les Débuts de l’Industrie Alimentaire en Suisse”.

Not a scientist? Not a problem: The Swiss ‘citizen science’ lab 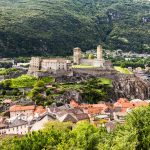 14 little-known Swiss places that are unmissable