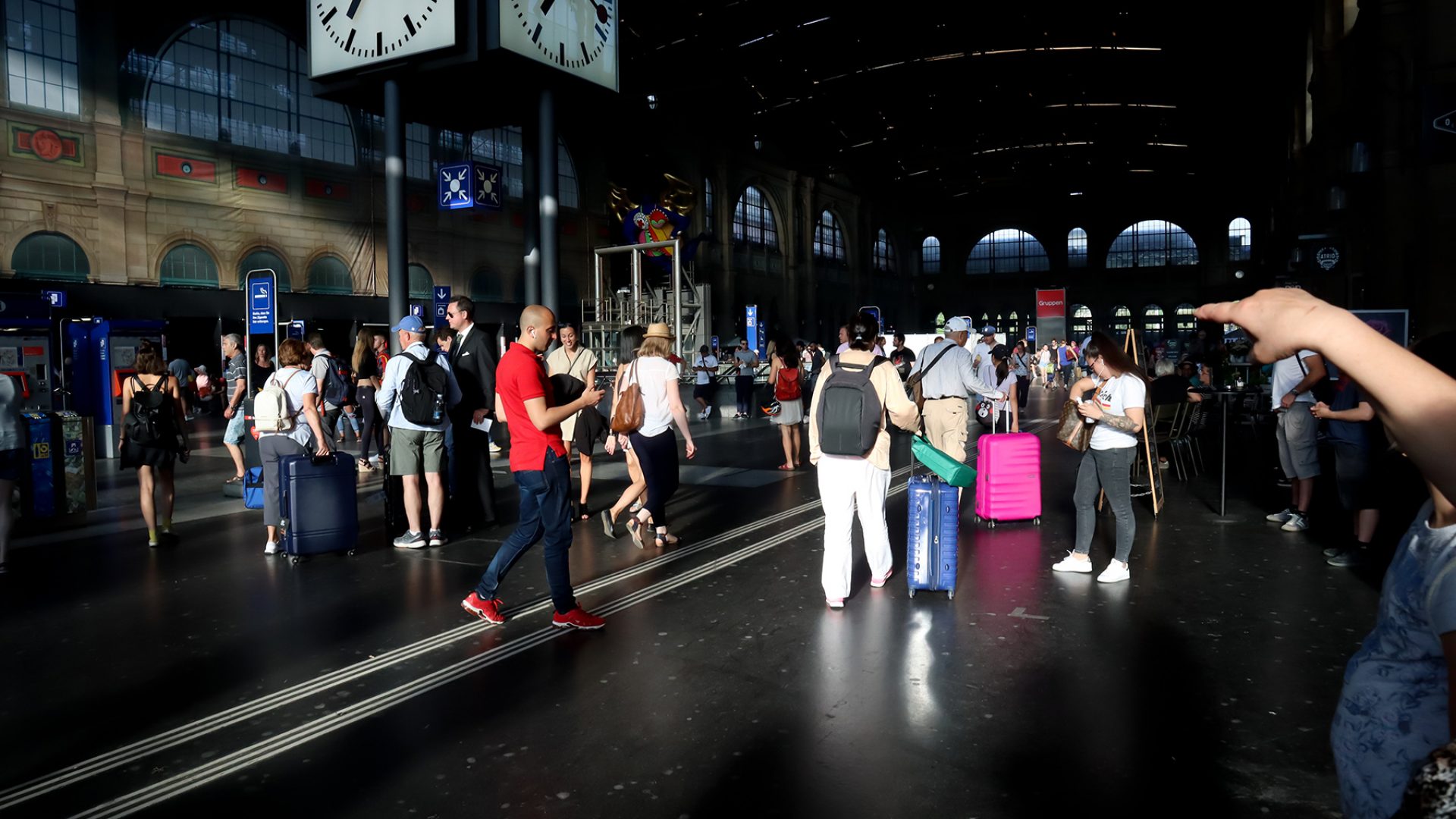 The Swiss nation generally loves foreigners – as long as they don’t infringe on Swiss culture. Despite Switzerland’s increasing diversity, there is a rising tide of xenophobia spilling over into Swiss politics.

In the popular imagination, Switzerland is a land of fancy cheese and chocolates, alpine idylls, and chalets galore. A nation with robust direct democracy, strong universal healthcare, and an uncannily potent economy, it’s a political model for many casual observers. There are literally posts on question forums like Quora asking whether Switzerland should be considered a functional utopia. Offering up a little nature, a little culture and a lot of comfort, it’s no wonder Switzerland’s a tourist darling.

An undercurrent of anti-diversity in Switzerland

Yet below Switzerland’s shiny veneer, there’s an undercurrent of xenophobia that might make it an uncomfortable destination for at least one group of people: observant Muslims. Swiss Islamophobia predates the anti-migrant panic sweeping Europe today, and runs far deeper. And you’re probably equally likely to feel it as a Swiss Muslim or a just visitor.

The wider world first realized that something was rotten in 2009 when a fairly wide margin of the nation voted to ban the construction of minarets by popular referendum, arguing that they clashed with the region’s architectural tradition. During the referendum campaign, the anti-immigrant conservative Swiss People’s Party (SVP) put up posters featuring a sinister woman in a black burqa standing before an image of Switzerland covered in black minarets. This was part of a series of troubling ads by the party featuring black representations of outsiders.

The rise of anti-diversity political parties in Switzerland

That same party swept national elections in 2015, taking a plurality of the vote and stealing seats from progressive parties. This was all while running on an anti-immigrant platform.

In 2016, a local branch of the party in the Valais canton gathered enough signatures to force a referendum on a hijab ban. Ticino approved a burqa ban in 2013, with fines between CHF 100–1,000 and CHF 10,000 for a second offense. Similar bans have been floated in other cantons as well, while the SVP party is pushing for a nationwide ban.

But these bans aren’t just abstract statements of Swiss values.

Swiss Muslims also talk about the visceral experience of walking around wearing a visible symbol of their faith. Non-Muslim Swiss regard the hijab as a symbol of women’s subjugation, rather than the choice it is for many. Their stories encompass everything from sideways glances to rejection by mentorship programs or job applications based on preconceptions about what it means to wear a hijab or to be observant.

To be fair to the Swiss, voter turnout for some of these rulings was miserable. Press coverage of the Islamophobic campaigns was negative and courts took a dim view of the SVP’s campaign posters; they’re not necessarily representative of the nation. But the fact that people mobilize for them while others stay at home shows how deep this xenophobia runs.

Some Swiss may argue that they don’t actually have a problem with Islam. They say what they take issue with is the threat of any different community moving in, failing to integrate and, in the process, altering their culture and changing what it means to be Swiss. This is a situation they believe they see in many neighboring nations to ill effect.

It’s the same logic behind more general immigration quotas enacted in Switzerland in recent years. But it’s also not really based on the Swiss experience of Islam; Switzerland’s small Muslim population is mostly refugees from the 1990s Balkan conflicts who rarely wear any outward religious symbols. As for the minaret ban, the nation had only four minarets among their 150 or so mosques at the time of the vote. In recent history, Switzerland’s also not been a huge migrant destination; even now, it’s hardly the hardest-hit nation in Europe’s refugee crisis.

The impulse to preserve Switzerland’s national identity and avoid the pitfalls of other European nations is understandable. But it’s also emblematic of a deep and palpable cultural paranoia, given the realities they’re reacting against.

In trying to preserve Swissness, Switzerland’s actually just increasing the chance that Swiss identity becomes synonymous with a self-soothing form of bigotry. By trying to avoid problems, they may be creating more; by marginalizing those who don’t fit their image of Swiss society, they’re creating the right conditions for social tension.