Born on 2 May 1942 in Gent (Belgium), Jacques Rogge was from 2001 to 2013 the eighth President of the International Olympic Committee (IOC). A Doctor of Medicine with a degree in sports medicine, Rogge worked as an orthopaedic surgeon until his election at the head of the IOC in 2001.

“As an Olympian and Belgian national, we were inspired by Dr Rogge and his achievements to name the building after such a sporting hero”, said Melanie Warnes, Principal at the school.

Dr Rogge officially opened the school’s Sports Centre after a two-year investment of €25 million for the continued development and well-being of its students. The Centre includes a 25 metre swimming pool with movable floor allowing the pool’s depth to be adjusted.  ‘The movable floor is a unique feature which allows more students of different abilities to be taught at the same time,’ says BSB Head of Aquatics Kathrin Lammers.

The new pool has a significant impact on both the school’s curricular and extra-curricular offerings. With the opening of this cutting-edge aquatics facility, BSB can now add swimming skills to its already impressive physical education curriculum.

The swimming pool serves as a home for the ‘Dolphins’: BSB’s own swim squad. The new pool features digital timing and touch pads so the squad can train with the latest technology, as well as allow the school to host invitationals and inter-school swim meets.

A member of the IOC since 1991, Rogge has been a member of the Executive Board since 1998.   From 1989 to 2001, he served as President of the European Olympic Committees. In addition, Rogge was a yachting competitor in the 1968 Olympic Games in Mexico City, Munich in 1972 and Montreal in 1976.  He was also a member of the Belgian national rugby team.

In his letter to BSB accepting that the building be named after him, he said: “I feel honoured by your proposal which I accept humbly. I congratulate you for all the activities in favour of sport that you have developed and remember with pleasure the rugby matches I played against your team some 40 years ago.”

Over two hundred members of staff, students, parents, governors and trustees, together with members of the local community gathered on Friday for this historic event.  Hundreds of BSB alumni also joined in the celebrations the following day at a special alumni reunion. 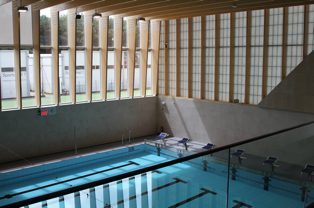 About The British School of Brussels

The British School of Brussels (BSB), founded in 1969 in Brussels and established in 1970 in Tervuren, is an all-through international school for children aged one to 18 years. There are  over 1,350 students on roll, representing approximately 70 nationalities. The school offers a British Curriculum up to age 16 years, (I)GCSE followed by the choice of GCE A Levels, the International Baccalaureate (IB) Diploma and BTEC Post-16. Extensive provision for learning support and English as an Additional Language (EAL) is available, as well as a wide range of extra-curricular activities.  There is also a French-English bilingual programme for ages 4-14 years. School accreditations include the IB World School, COBIS (Council of British International Schools), IAPS (Independent Association of Prep Schools) and the Principal is a member of the Headmasters’ and Headmistresses’ Conference (HMC). BSB has received an outstanding report from the Council of International Schools (CIS).  For more information, please visit www.britishschool.be.

[Contributed by the British School of Brussels