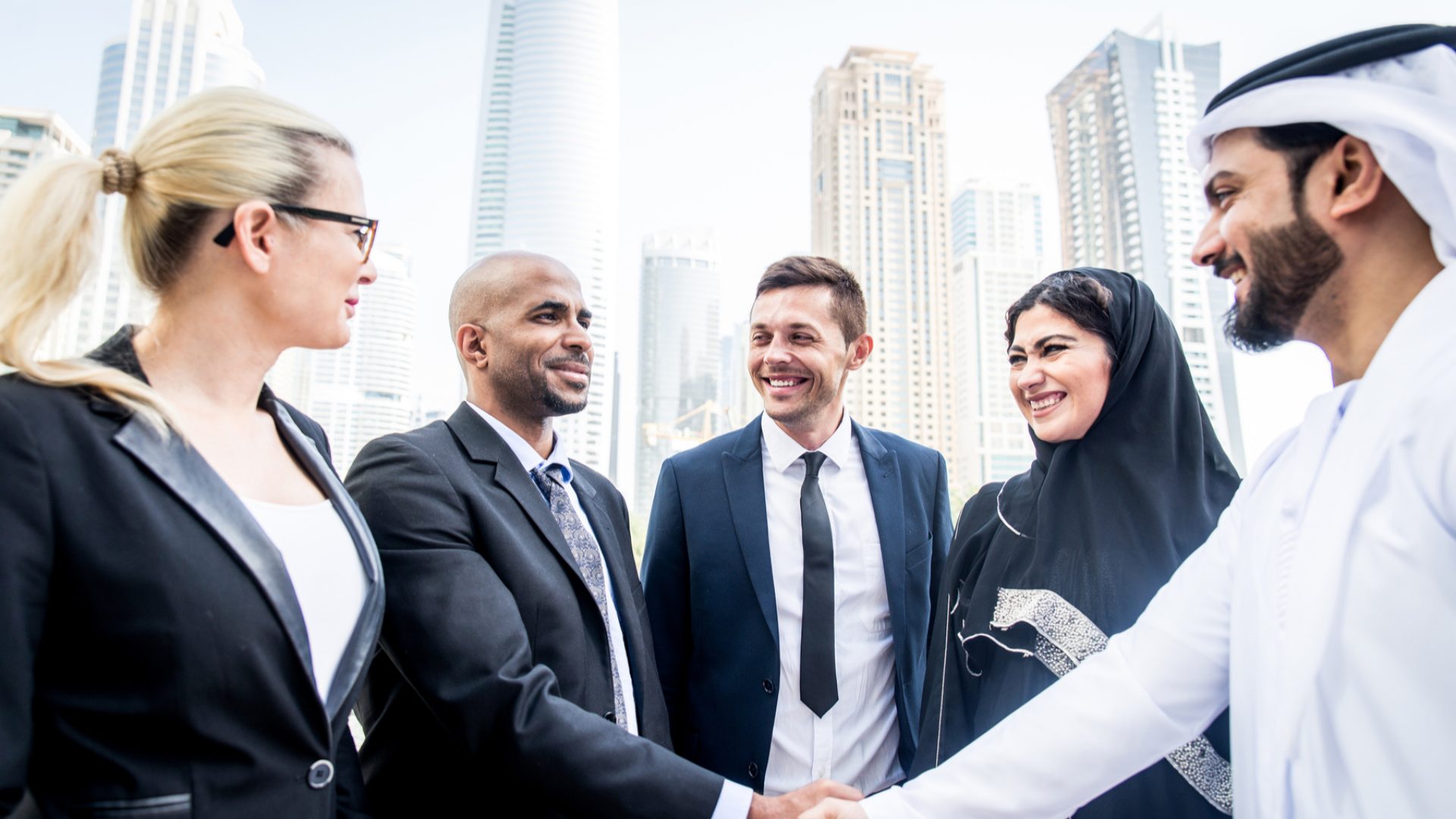 Average wages and salaries in the United Arab Emirates

Even though there is no minimum wage in the United Arab Emirates, there are industry standards and enforced penalties that you should know about if considering a move to the Emirates.

That said, this guide outlines the range of factors that determine salary, as well as the rights, options, and penalties facing employees and employers.

The guide includes the following sections:

The minimum wage in the United Arab Emirates

Billing itself as an international business hub, the United Arab Emirates attracts businesses that bring employees from all around the world, from Bangladesh and Mexico to Ireland and Canada.

However, because the business landscape is so attractive, there is little regulation in key areas of employee rights. For instance, there is no minimum wage in the UAE; instead, the government maintains that supply and demand, coupled with a free labor market, create optimal working conditions.

For high-income expats, a lack of salary standards could mean more room to comfortably negotiate remuneration packages. This is because businesses understand that, in order to ask someone to leave their home country and live in a more restrictive culture, they need to make an attractive offer.

Find your dream job in Dubai or Abu Dhabi today

Therefore, many expats find that their salaries in the UAE are as high, and often much higher, than they would be in their home countries. Some find themselves hired for positions that are much more senior than they would qualify for back home, too.

For low-income expats, unfortunately, a lack of a minimum wage means that employers set the conditions without regulation. Even though the UAE government says that employers and employees should agree on the terms of employment, most embassies of countries that provide migrant work will set salary expectations for various jobs. This is a form of regulation, which most employment agencies respect.

Low-income expats, often from Southeast Asia or the Indian subcontinent, usually take jobs such as drivers, house-help, construction workers, and so on. Even though the UAE recently passed its first bill protecting domestic worker’s labor rights, horror stories of financial, emotional, and physical abuse still abound.

Penalties for late or unpaid salaries

Even though there is no minimum wage, the UAE government has set some rules about how and when salaries should be paid. Furthermore, it has established penalties for delayed or unmade payments.

Employers must register with the Ministry of Human Resources and Emiratization and subscribe to and pay employees through the Wages Protection System. Salaries should be transferred directly to an employee’s bank or financial institution within 10 days of the salary due date; otherwise, they are considered late. If an employer hasn’t transferred the payment within a month of the salary due date, the salary is considered unpaid. Employers who make late payments or who do not pay their employees face penalties which can include fines, a ban on issuing work permits, and being taken to court.

If you would like to lodge a salary complaint, you can use the online portal, eNetwasal.

The average salary in the United Arab Emirates

There is no accurate way to determine average wages and salaries in the United Arab Emirates, simply because there are such polar differences within this desert nation. Your salary depends on your line of work, but it also depends on your work experience, your employer, and, unfortunately, your passport.

Because of this, some non-Western expats report lower salaries for the same positions as their Western counterparts; this is a sad reality for some in the Emirates, so be sure to negotiate as much as possible. Keep in mind that salaries in the UAE often take into account several expenses; these include travel stipends (plane tickets home), housing subsidies, paid vacation, and other benefits. Worldwide, expat salaries in the UAE are the sixth highest in the world.

Average salary in the UAE by sector

For more information, read the latest study on average salaries in the UAE.

Visit Glassdoor if you are interested in industry standards for salaries.

Gender pay gap in the UAE

In terms of gender equality across pay, the Emirati government recently passed a bill ensuring equal wages for male and female colleagues; this is promising. Compared to the rest of the world, however, the UAE ranks 120th in the 2018 Global Gender Gap Index. This means that despite best efforts on the part of the government, and despite outperforming many fellow Gulf countries, women continue to earn less for similar work.

Salaries and wages for expats in the United Arab Emirates

Nearly 90% of the people living in the UAE are expats. Because they hail from all over the world, it is not possible to mention average wages based on nationality. Instead, your likely salary depends on your educational and work background, your employer, your nationality, and other pertinent facts. Industries that hire the bulk of new workers include extractive industries, public administration, and defense.

Because the government maintains that employment conditions are matters for the employer and employee, once you have signed an employment contract, there is little you can do without renegotiating it. You can, however, always reach out to the Ministry of Human Resources and Emiratization; here you can learn more about your rights and options. Getting a work visa in the United Arab Emirates