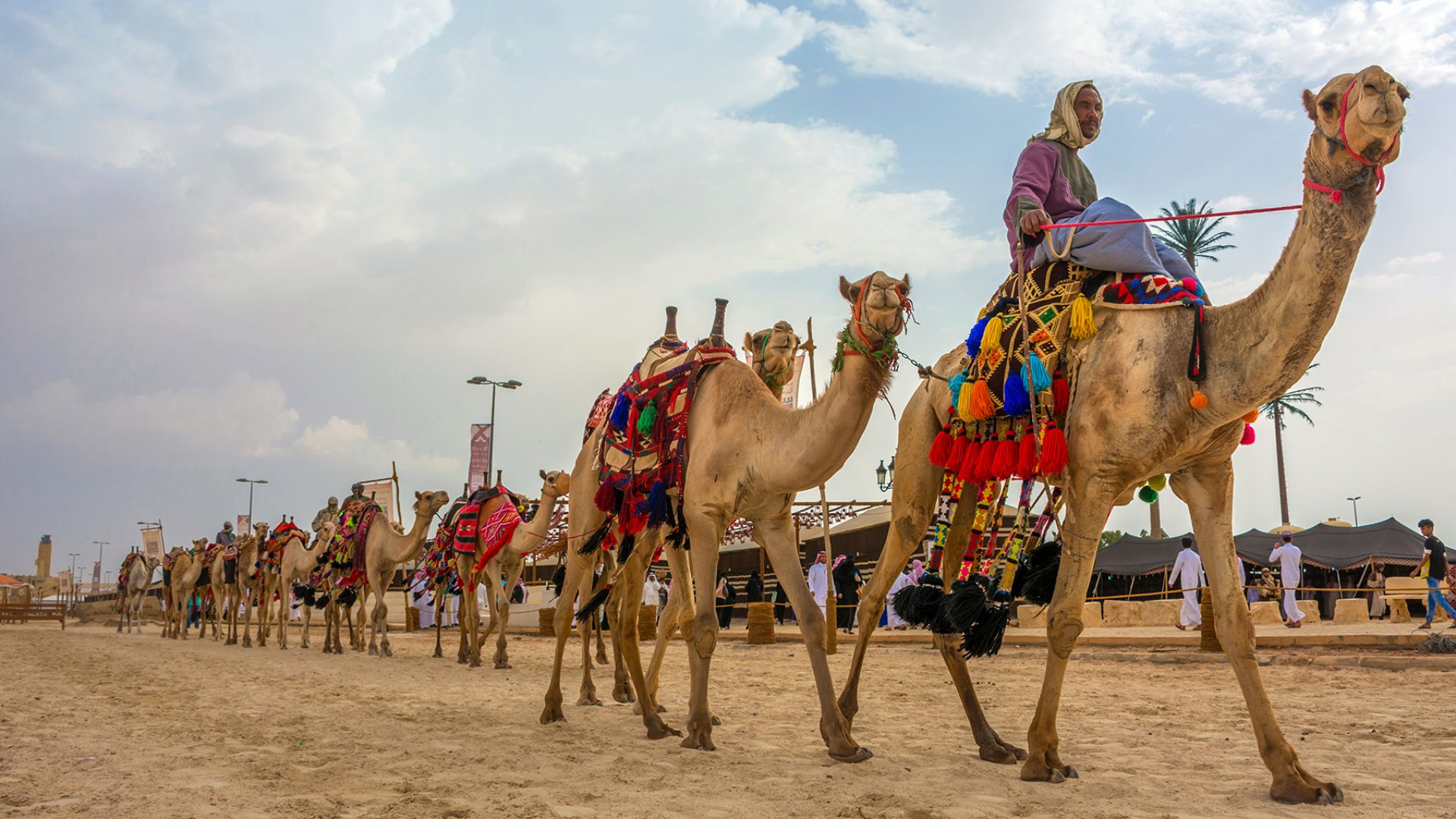 The best festivals in Saudi Arabia

From camel races to traditional souks, and poetry readings to flower shows, we check out some of the best festivals in Saudi Arabia to help you immerse yourself in the culture of the Kingdom.

If you have recently moved to Saudi Arabia, you will no doubt want to learn about the cultural offerings of your new home. What better way to do so than by celebrating at one of these fantastic festivals?

Also known as Al-Janadriyah, this is one of the best festivals in Saudi Arabia to celebrate the Kingdom’s local culture and heritage. Held in Janadriyah (just outside Riyadh), the festival lasts for two weeks and offers a glimpse into all aspects of Arabian life. From local craft markets to folk dancing, there’s something to impress and entertain everyone.

Guests of all ages can enjoy the camel and horse races, all the while tucking into delicious local food and drink. Every year, Saudi Arabia also invites one country from around the world to be the guest of honor. With Germany, France, and Indonesia having the privilege in previous years, you might even see your own home country this time around.

Just like other Muslim nations around the world, one of Saudi Arabia’s biggest celebrations takes place at the end of Ramadan. The month of fasting comes to a close with the three-day Eid Al-Fitr festival in Saudi Arabia. The occasion starts with a modest morning meal and prayers at the mosque. After that, the festivities step up a gear as locals host larger feasts and celebrations with friends and family.

Generally speaking, Eid Al-Fitr is a family-focused occasion, but that doesn’t mean expats can’t get involved. Most towns and cities put on celebrations for the whole community. Furthermore, Riyadh and Jeddah host spectacular firework displays that are free for the public to attend.

The Saudi Arabian winters might not be as harsh as the ones you are used to, but that doesn’t stop the locals from celebrating spring. Every year, Riyadh awakens with a blaze of colorful outdoor-based activities.

Alongside various agricultural displays, the star attraction is the flower displays. Yes, that’s right, this corner of the Middle East feels more like the Netherlands than Saudi Arabia during the Riyadh Spring Festival. Vast carpets of more than a million flowers in breathtaking patterns create the perfect Instagram shots. Prepare to be truly blown away by the spectacle.

Unification of the Kingdom Day

One of the most important cultural events in Saudi Arabia is, unsurprisingly, the day that marks the unification of the Saudi kingdom; which happened back in 1932. Traditionally, this is a more reserved national day than you might expect. Many Saudis choose to celebrate their national pride at home with family.

However, more and more young Saudis are choosing to take to the streets to show their patriotism; so you may see the odd lively spot of flag-waving. The Unification of the Kingdom Day is Saudi Arabia’s only non-religious public holiday. It’s also the only holiday that is set by the Western calendar and takes place on September 23 every year.

If you are looking for something a little bit different, then a visit to Souq Okaz is just the ticket. In ancient times, the Souq Okaz was one of the largest markets in pre-Islamic times. It attracted tradespeople from the whole Middle Eastern region. In an attempt to promote local culture and heritage, the Saudi government holds an annual reimagining of the souq in its historic location. It has now established itself as one of the best festivals in Saudi Arabia.

Alongside traditional arts and crafts stalls, the souq also hosts a range of Arabic cultural events. Twelve sought-after awards are up for grabs, covering a range of categories, including photography, poetry, and theater.

Taking place in Jeddah, this month-long summer extravaganza has fast become one of the best festivals in Saudi Arabia for expats. The event sees the whole city come alive with a wide array of events. From sports events to poetry readings, there really is something for everyone to enjoy. A highlight of the festival is Jeddah World Fest, a one-night-only music concert, which draws in a huge crowd. In fact, the 2019 edition was a massive hit with local audiences and featured performances from 50 Cent and Liam Payne. So, if you are looking to celebrate the traditional and the modern, you will certainly find it at the Jeddah Summer Festival. The most beautiful beaches in Saudi Arabia The best things to do with kids in Saudi Arabia