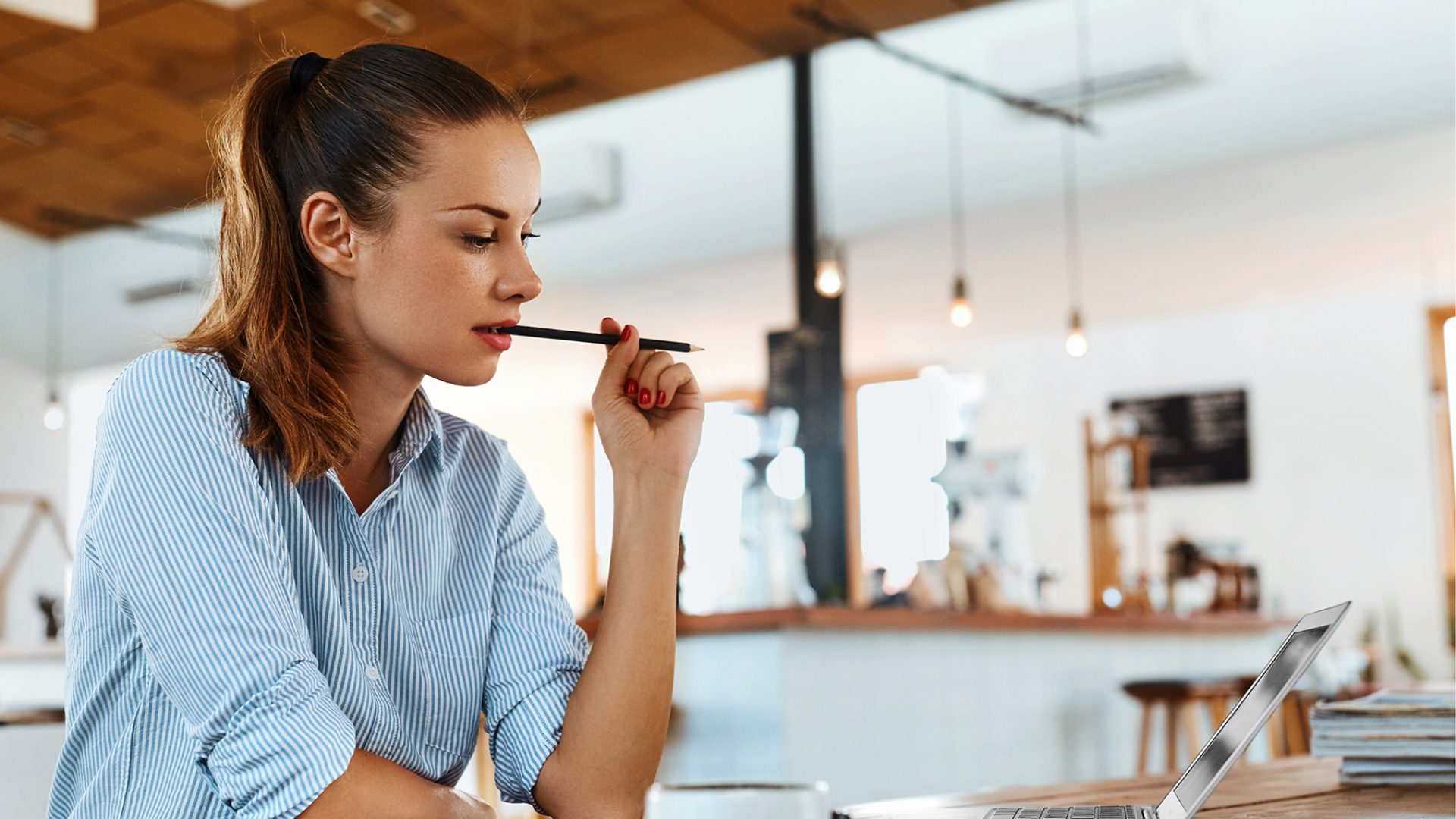 Increasing numbers of foreign individuals and resident expats are realizing the benefits of investing in Saudi Arabia, with a growing range of investment vehicles to choose from. This helpful guide explains all.

Foreign investment in Saudi Arabia has historically been the preserve of multinationals with deep pockets and grand plans for the Kingdom. However new and exciting investing options are available for savvy, entrepreneurial expats in areas such as property, start-ups, and investment funds.

We lift the lid on the whats, the wheres, the whens, and the hows of investing in Saudi Arabia. This guide includes the following information:

Investment in Saudi Arabia is big business. In fact, the Kingdom received a whopping SR13 billion in foreign direct investment in 2018. It also ranks 44th on the 2020 edition of the Global Foreign Direct Investment Country Attractiveness Index. But that’s only part of the story.

According to its long-term economic strategy, the Saudi government wants to attract greater levels of foreign investment in emerging sectors. This includes logistics, health, education, infrastructure, entertainment, clean energy, defense, tourism, and mining. The idea, essentially, is to diversify the economy away from oil.

The Saudi stock market opened its doors to foreign institutional investors in mid-2015. Furthermore, non-Saudis can (subject to Ministry of Housing approval) buy property. In addition, the entrepreneurial ecosystem is going from strength to strength. For example, the Kingdom welcomes 100% foreign-owned businesses. “The financial sector is open and offers a range of options,” according to the Heritage Foundation, which compiles the annual Index of Economic Freedom. “With no minimum capital required, the process for starting a business has also been relatively streamlined,” it adds.

All this is underpinned by a stable economy (albeit one exposed to regional geopolitical events), consolidated finances, and a well-regulated banking system. The fact that the Kingdom is ranked as the world’s 91st-freest economy indicates there is still work to do; for example, in areas such as the legal framework around resolving commercial disputes and addressing transparency issues in areas such as intellectual property legislation. However, Saudi Arabia is a land of opportunity where the “he who dares wins” mantra very much applies.

Saudi Arabia’s real estate market is expanding and evolving. It accounts for about 5% of state GDP at present; however, the government wants this figure to double in the next few years. Real estate prices have surged in the last decade as demand outstripped supply (mainly in the big cities); and as the economy grew steadily and strongly.

Riyadh, Jeddah, and Dammam are the country’s most developed property markets (and are where most expats live and work). New residential developments, from affordable homes to luxury condos, are springing up across the three cities. Meanwhile, massive new urban transport projects, such as the Riyadh Metro, should push property prices up; especially around stations.

Under Saudi law, expat residents can buy property; although not land. However, the property must be the primary residence, not purely for investment. The holy cities of Mecca and Medina are off-limits to all foreign investors and expat residents. Although no recent figures are available on expat home ownership in Saudi Arabia, anecdotally, most choose not to buy. That is because the vast majority of expats are provided with housing in their contracts.

Investing in property in Saudi Arabia is an exercise in patience. The first step is to get a letter of permission from the housing ministry. This can take up to a year. The price is then negotiated between buyer, seller, and intermediary such as lawyer and/or broker. Once a private purchase agreement is negotiated, the investor will then obtain confirmation from the local Sharia Court that the seller owns the property. The transfer of title is then recorded, and the Court stamps the title document to indicate the legal transfer of ownership.

Getting a mortgage in Saudi Arabia

As well as your income, a Saudi bank will, when assessing your mortgage eligibility, probably take into account the status and reputation of your employer. The general rule of thumb is that the bigger and more stable the company, the better. Once the mortgage is approved, the bank typically deducts the monthly payments by direct debit from your salary account.

Unsurprisingly, house prices vary according to location. The bulk of the Kingdom’s population lives in Riyadh, Jeddah, or Dammam; therefore they generally have the highest prices. An upscale three-bedroom house in Riyadh might go for $800,000. Or you can snap up a fancy condo for around $300,000. As in any country, remember to apply common sense when buying a property in Saudi Arabia. For instance, hire a good lawyer and hire a good translator; as most documents will be in Arabic. Furthermore, do your own due diligence and market research. Note that some investors have lost money on stalled housing projects after the developer became insolvent.

“We’re open for business”. This is the message from the Saudi government to foreign investors. Like almost anywhere, though, the reality is slightly less simple. Yes, foreigners can (and do) generally invest in all areas of the Kingdom’s economy, except for oil and mining. But the country ranks 92nd out of 190 countries on the World Bank’s 2019 Doing Business index. This suggests it isn’t all plain sailing for foreign investors.

If you are an entrepreneur, you won’t be short of advice and assistance. Small and medium-sized enterprises (SMEs) account for about a fifth of the national GDP. By 2030, the government wants this figure to be 35%. In the 2019 Global Entrepreneurship Monitor report, about three-quarters of those surveyed in Saudi Arabia saw good opportunities to start their own business; in fact, this was the second-highest figure of the 49 countries studied.

Business set-up procedures are becoming more streamlined, and there’s all manner of assistance and advice for entrepreneurs. For funding advice and support for marketing and export, get in touch with the Small and Medium Enterprises Authority. Also check out Meras, a program that offers a website and nationwide network of one-stop shops for business start-ups.

According to Investopedia, an investment fund is defined as ‘a supply of capital belonging to numerous investors used to collectively purchase securities while each investor retains ownership and control of his own shares.’ An investment fund provides a broader selection of investment opportunities, greater management expertise, and lower investment fees than investors might be able to obtain on their own, it adds.

Types of investment funds available to foreign investors and expats in Saudi Arabia include mutual funds, exchange-traded funds (ETFs), and bonds. Jadwa Investment manages a range of mutual funds according to an investors’ risk appetite and profile. Riyad Capital offers dealing services in sukuk (Islamic bonds), ETFs, and bond markets. Al Rajhi Capital, meanwhile, offers a comprehensive portfolio of managed mutual funds. And the HSBC Global Equity Index Fund invests in global sharia-compliant equities. Each will be able to offer advice on how to invest, how much to invest, and costs, risks, and likely returns; all based, of course, on your risk appetite.

In April 2019, Saudi Arabia announced that it would open up its government bond market to retail investors; with the aim of developing a savings culture. Government sukuk, or Islamic bonds, will be sold in SR1,000 portions, rather than the SR1 million previously offered. Additionally, the Kingdom has reduced fees and trading commissions for the local bond market to stimulate trading.

Investing in stocks and shares in Saudi Arabia

The Saudi Stock Exchange is the Middle East’s largest capital market. As of the end of 2018, its total capitalization was SR1.85 trillion; up 10% on the end-2017 figure. Additionally, foreign companies can trade on the stock exchange; they are eligible to acquire up to a 49% ownership of any listed company. However, foreign individuals cannot.

Unlike some other international jurisdictions, Saudi Arabia does not offer any kind of offshore investment vehicle to either Saudis or non-Saudis.

Tax on investments in Saudi Arabia

There is no personal income tax in Saudi Arabia. Examples of taxable income for expats are the income tax levied on a foreigner’s share in a Saudi resident corporation; unless the corporation is traded on the stock exchange, in which case zakat, a form of Islamic tax, is applied.

Disposal of shares in a resident corporation attracts a 20% capital gains tax. Capital gains on the disposal of shares of a company traded on the stock exchange are zero if the shares were acquired after 2004. Corporation tax is levied at 20% of income. Furthermore, there is no capital duty, stamp duty, real property tax, or inheritance tax in Saudi Arabia. Deloitte publishes a great overview of the Saudi tax system.

How to invest wisely in Saudi Arabia

Bottom line: do your homework. Furthermore, engage with people on the ground who can give accurate, impartial advice.

Most foreign investors approach government agencies such as SAGIA and the Ministry of Commerce and Investment as the starting points for advice and assistance. On the other hand, you can engage the services of a lawyer who can guide you through the regulations. 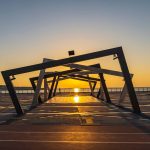