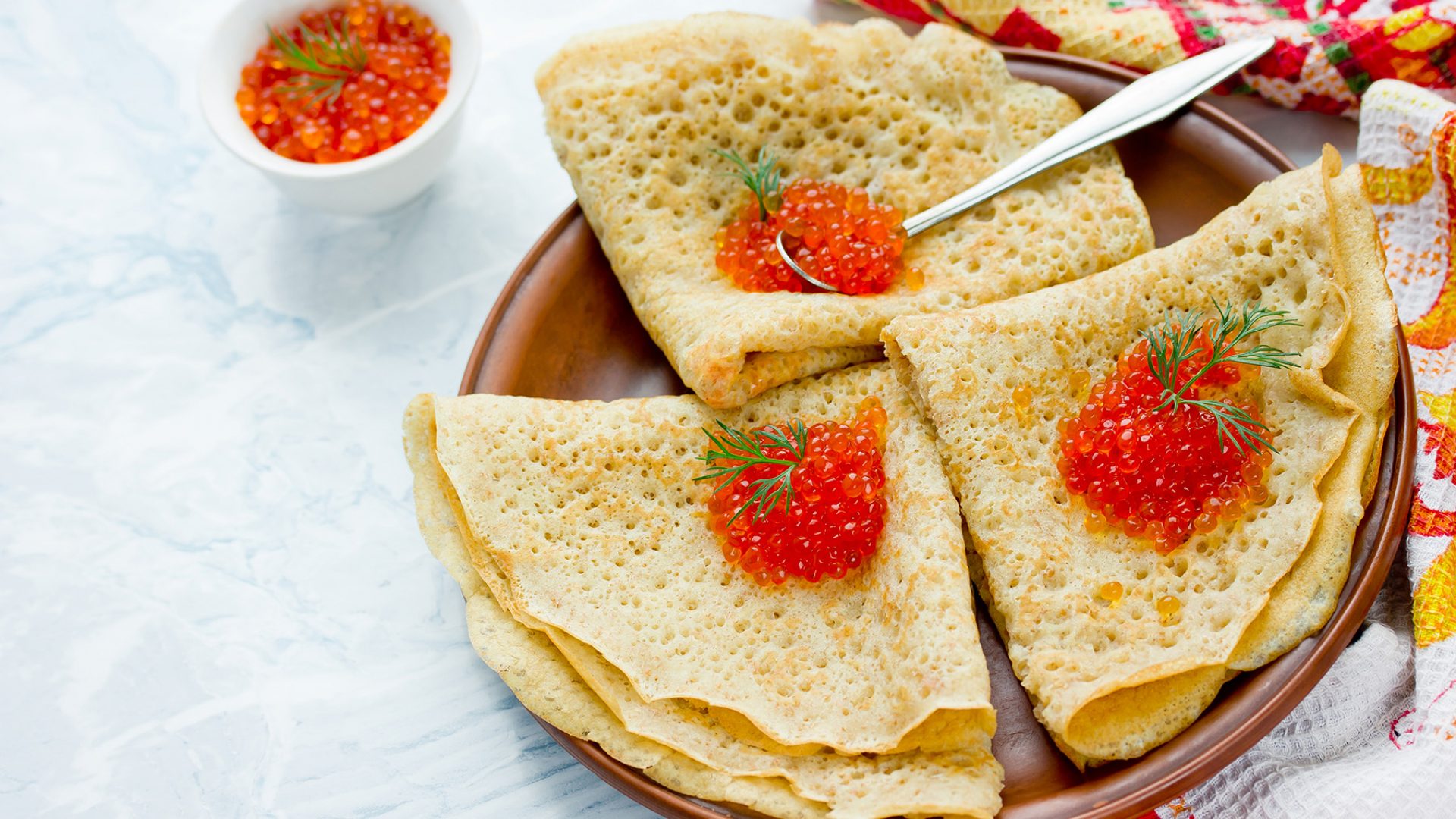 Russian cuisine is known for its diversity and heavy dishes, as well as for its special traditions and festive cooking, and of course, Russia’s famous vodkas.

Russian cuisine is famous for its festive dishes such as smoked sturgeon balyk, sturgeon with horseradish, slightly salted salmon, red, black and pink caviar, pickled and salted mushrooms. But this is, of course, only a small part of Russian cuisine. Other popular and traditional dishes include kasha, a mixture of cereals and porridge, soups such as borsch, pancakes, pirogi pies with different salty fillings, and many dough based dishes. Poultry dishes are quite festive in Russian cuisine. Stews, meat and cabbage are popular daily foods, as well as goulash, an old traditional meat dish.

Bread and other wheat products are also an essential part in the food culture, especially brown bread. Other popular breads include olad’i, which resembles a pancake, shan’gi, white bread rolls, pyshki, tiny doughnuts dating back from Soviet times, baranki, and bubliki, similar to bagels, and kalachi, white baked bread. Russian bread products have a long history along with vodka, which first emerged in the late 1400s.

Vegetable and meat salads are also very popular. Salads are usually heavier than in Western countries, and consisting of potato, carrots, beetroot, and mayonnaise. The most famous salad in Moscow is the Olivie, which gets its name from its inventor, a French chef of the Hermitage restaurant in the 1860s. It is mainly vegetables with mayonnaise and boiled meat or chicken. Everyone has their own variation of the salad.

History and the orthodox religion have also had a significant effect on Russian cuisine. Soviet snacks and dishes still remain popular. Orthodox culture also had a big influence on when Russians eat particular dishes or ingredients. There are still special restrictions about food during Lent, when the more devout avoid meat, poultry, and dairy products. Instead, families cook plenty of vegetables in the form of stews and soups. Fish is also an alternative for meat.

This is also the case in restaurants serving Russian cuisine: during Lent, you might see dishes without meat, eggs, and butter. However, they will have traditional fish, vegetable, and mushroom dishes on offer.

Kissel generally contains berries or other fruit. It can be thick and jelly-like for consumption with a spoon or it can be drinkable. You can serve it hot or cold, for example on pancakes or with ice cream.

Dishes containing curd are a very popular part of Russian cuisine. One special dish is oladyi, more commonly known as syrkini – cheese cakes with curd, eggs, and flour and then fried in oil.

Pancakes have a special spot in the Russian cuisine as they are a very old tradition. Pancakes were a ritual food, representing the sun in the old pagan traditions.

The pancake week, Maslenitsa, is every spring to celebrate the end of winter.

Vodka is one of the most popular drinks in Russian cuisine, mainly because it is cheap. Drink it cold, very cold. Russians often snack while sipping their vodka.

Tea is also a very popular drink in Russian cuisine. Russians prepare tea with a Samovar, which is a metal container for boiling water. Other popular drinks include Sbiten, a spicy hot drink flavored with wine or honey, and Kvass, a drink usually made from black rye or rye bread.

Russians also drink Mors, which is berry juice, water, and birch tree juice, using extracts from the trees.
Home-made mint Kvass: Kvass is a Russian bread drink and an ingredient in many soups (light kind). 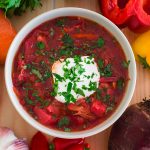