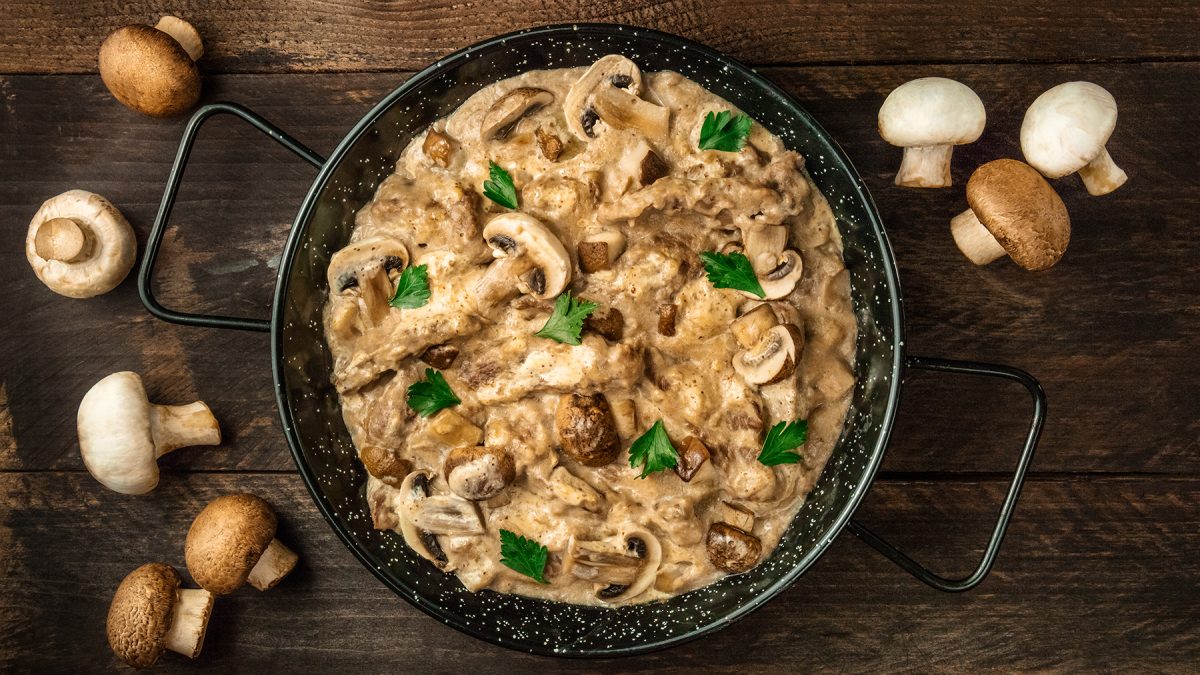 Russian recipe: Around the world with beef stroganoff

“Oh, dad, I can’t talk long,” I said to my father when he phoned me last night. “I’m in the middle of testing a new beef stroganoff recipe for a piece I’m writing…it’s a shame you won’t be here to have it.”

My father groaned in frustration. Like all American men in their 60s, his cardiologist has removed most of the ingredients of beef stroganoff permanently from his diet.

“When your mother and I were first married,” he said longingly, “we had beef stroganoff at least once a week…I loved it.” He sighed deeply, and added in disgust: “Now I’m only allowed lentil soup and sea bass.”

This got me thinking: my father was married during the height of America’s anti-communist paranoia known as the Red Scare. How then, did this most Russian of dishes end up as an immensely popular favourite at dinner parties across the USA?

The answer takes us almost all the way around the world, and back to that dish’s appearance at aristocratic Russian tables in the 18th century.

Beef stroganoff’s origins are clearly French, and most culinary historians, such as Darra Goldstein, author of A Taste of Russia,  agree that it was gourmet Count Pavel Stroganoff’s renowned French chef who adapted a textbook French beef fricassee to the palate of his Russian employer by adding sour cream, and christening the dish for the Count, in the accepted tradition of the time, which married rich aristocrats with rich food: the tradition that gave us veal orlov, and who knows, could eventually gift us “ravioli abramovich” or “goose deripaska”.

By the mid-19th century, beef stroganoff was firmly established, holding pride of place in the 1861 first edition of the classic Russian pre-revolutionary culinary bible A Gift To Young Housewives by Elena Molokhovets. It made its way into L’Art Culinaire in 1891, and shortly after into Larousse Gastronomique, where it has remained.

The 1917 revolution scattered Russia’s nobility and their traditions around the world. From the white Russian community in Harbin, China, beef stroganoff was adopted by local Chinese cooks, who removed the sour cream, spiced it up, and served it over rice. From there, the recipe was exported by American servicemen in the 1940s to the US, becoming firmly entrenched as a dinner party staple until cholesterol replaced communism as the demon stalking America.

In America, beef stroganoff is served over egg noodles, which is a good idea, but the recipe was somewhat spoilt by the American passion for time-saving devices which introduced an unfortunate mix of canned cream of mushroom soup and Heinz ketchup as the sauce, rather than the original robust sour cream, mustard, tomato and sautéed mushroom combination that had won over Count Pavel.

To rescue beef stroganoff, and complete the circumnavigation of the globe, we take it back to Europe, restore the original ingredients, and serve it in the traditional Russian way: to the accompaniment of sautéed potato straws and tart cucumber pickles.

Christopher Kimball in the March/April 2010 issue of Cook’s Illustrated provided a number of helpful steps that both save time and enhance the flavour or the meat and the sauce, and a version of this recipe follows:

Sauté the mushrooms in white wine and butter and set aside.

Skim a 30-inch sauté pan with the oil and heat until smoking. Pat the marinated meat dry, and sear until brown on both sides. Set aside

Add the onions, mushrooms, ground pepper and ½ teaspoon of coarse sea salt and brown for five minutes. Then add tomato paste and flour and cook until vegetables are coated.

Add the bouillon, wine and mustard paste. Bring to a simmer and scrape the bottom of the skillet to loosen browned bits.

Add meat and any juice to the sauce and cook until beef is warmed through.

Remove the skillet from the flame and allow to cool until simmering stops.

Classic beef stroganoff does not call for any additional spice, but I take a leaf from the Chinese cooks, and add paprika or a dash of cayenne pepper to give it a slightly more exciting flavor. Correct seasoning to your own taste.

Serve with sautéed straw potatoes and pickled cucumbers, red wine, or, as Count Pavel would: with a shot of icy cold vodka. Invite your father over – only don’t tell his cardiologist! 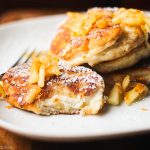 Feel the beet with borscht