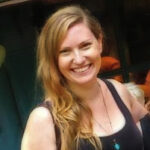 We explore the world of English language entertainment in Saudi Arabia which is enjoying a renaissance thanks to the Saudi Vision 2030 plan.

With its strict Islamic laws and social codes of conduct in Saudi Arabia, the country has never been considered an entertainment hub. That said, the Entertainment Renaissance, which began in 2018, is opening up a wealth of options for expats living in the conservative kingdom.

After decades of religious and cultural restrictions, the entertainment scene in Saudi Arabia is finally beginning to flourish. This is due to Vision 2030, a long-term initiative implemented by the Kingdom’s Crown Prince Mohammed bin Salman. His desire to create a vibrant society, a thriving economy, and an ambitious nation has led the government to invest a whopping $64 billion in the entertainment sector over the next 10 years. As a result, the once baron landscape is gradually becoming populated with movie cinemas, comedy clubs, and concerts; thus offering a range of English language entertainment for a night out with your colleagues or somewhere to go on a date.

Historically, there were no cinemas in Saudi Arabia. In fact, until recently, the Kingdom faced a decades-long ban on movie theaters. This meant that those wishing to watch the latest releases had to do so via satellite, DVD, or video. However, in 2018, as part of Vision 2030, the government began to authorize the construction of new movie theaters across the Kingdom.

Saudi Arabia’s first movie theater opened on 18 April 2018 in Riyadh. Located in the King Abdullah Financial District – in a building originally intended to be a symphony hall – the AMC Cinema opened with a screening of the Marvel hit movie Black Panther. The impressive theater boasts 620 leather seats, orchestra and balcony levels, and marble bathrooms.

Since that turning point, movie theaters have begun popping up in the Kingdom’s main cities of Riyadh, Jeddah, and Khobar. Targeting an international audience, the theaters screen the latest Hollywood releases in English, as well as a selection of Arabic films. VOX Cinemas currently has eight cinemas, six of which are located in the capital, Riyadh. Meanwhile, AMC opened a second theater at Panorama Mall in Riyadh. In addition, Saudi-owned muvi Cinemas launched two theaters; in Jeddah and Riyadh.

A series of open-air movie theaters have also opened since 2018. Luna Cinema, for instance, invites guests to settle down under the stars at Riyadh Boulevard and Al Malaz. Meanwhile, Sea Cinema, operated by muvi Cinemas, allows movie-goers to relax on the beach in Jeddah. The Kingdom has also welcomed its first art-house cinema, the open-air Elhoush Cinema. The venue seats 75 guests and opened with a screening of the hit classic, 2001: A Space Odyssey.

With a goal to open nearly 350 movie theaters by 2030, there is still more to come in the way of English language entertainment in Saudi Arabia. And for those looking to delve deeper into the world of cinema, the Red Sea International Film Festival in Jeddah is definitely worth exploring. The annual event showcases regional and international films alongside educational workshops and industry masterclasses for all to attend.

Just like cinemas, the theater is enjoying a renaissance thanks to Saudi Arabia’s social reforms. Expats can now enjoy a range of shows and performances such as plays, talent shows, circus acts, and comedy nights. These are held regularly at various venues throughout the Kingdom.

The Saudi Arabian Society for Culture and Arts (SASCA) alone has 16 branches scattered throughout the Kingdom. Expats can catch children’s plays, women’s plays, and light shows in Jeddah, Madinahk, and Al-Baha. Meanwhile, the King Abdulaziz Center for World Culture (also known as Ithra) in Dammam offers several forms of entertainment. Within this impressive facility, expats can enjoy a variety of films and documentaries in English; as well as live music and theater performances.

Stand-up comedy, in particular, has blossomed under the reform. Saudi’s leading Al Comedy Club in Jeddah, for example, is buzzing with both men and women. Interestingly, they are now allowed to sit together, too.

While historically, Saudi Arabia isn’t considered a major music destination, things are changing. Since the Kingdom announced a budget allocation of $2.67 billion for the sector, some big names have graced the stage there. In January 2019, Mariah Carey performed alongside Sean Paul and Tiësto. Later that year, Jason Derulo, Enrique Iglesias, David Guetta, and The Black Eyed Peas appeared at the three-day 2019 Formula E concert.

Most noteworthy, the Kingdom’s biggest music festival, Jeddah World Fest, took place on 18 July, uniting a mixed-gender crowd of 40,000 fans. Despite several artists coming under fire for their planned performances at the festival; due to concerns over human rights in the Kingdom; Janet Jackson, Chris Brown, and 50 Cent went on to join the lineup. The production was the largest outdoor festival stage ever built in the Middle-East, and there are plans to hold the event annually until 2024.

Aside from Jeddah World Fest, the three-day MDL Beast festival in 2019 brought together the best in electronic music and performing arts in Riyadh. The event featured international superstars and emerging Saudi talent, who played across five different stages and drew thousands of visitors.

Generally speaking, international artists have traditionally only performed at large-scale events in Saudi Arabia. That said, given the implementation of Vision 2030, this could be set to change.

Traditionally, television has not been a main source of English language entertainment in Saudi Arabia. Until 2017, Saudi Two was the only English language channel aimed at expats living in Saudi Arabia. The channel produced programs that mainly focused on cultural, political, and economic issues. However, the Minister of Culture and Information suspended the channel as part of the plan to suit Vision 2030.

While plans are afoot for an English language channel to launch, many expats are turning to other sources to watch their favorite shows from back home. BBC iPlayer, Channel4OD, Skyplayer, Hulu.com, ABC.com, and ITV Player are all popular options in the Kingdom. Furthermore, many expats use Watch TV Abroad, which supports software and provides full video instructions on how to access these. Alternatively, they get a decoder and install a satellite dish to pick up channels from overseas.

The Saudi-based Arab News is the Middle East’s leading newspaper and the biggest English language daily in the Kingdom. The publication covers news ranging from politics and finance to sports and social events. The target audiences of the paper are businessmen, executives, and diplomats.

However, many political observers have described the publication as a propaganda tool for the Saudi leadership. Therefore, it has come under heavy criticism for its controversial take on many issues pertaining to Saudi Arabia.

On the less political end of the spectrum, the Saudi Gazette is an online news website that covers the latest and breaking news in the Kingdom and the world. The publication features politics, business, technology, life, opinion, and sports. Interestingly, it is the first Saudi Arabian national newspaper to appoint a female editor in chief, Somayya Jabarti. While it focuses on local news that is of interest to Saudis and foreign residents, it aspires to be an authentic source of news for the outside world. 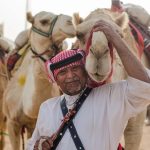 The best festivals in Saudi Arabia